The wild life in Costa Rica is abundant and well blended (camouflaged) in with their environment.  We visited three main regions: Tortuguero, La Fortuna and Arenal Volcano, and the Palo Verde National park, where we saw quite many creatures.

We saw this huge crocodile sun bathing on the beach in Tortuguero:

﻿We certainly saw monkeys in all regions: 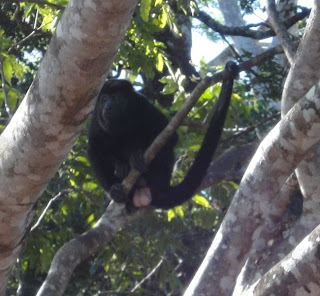 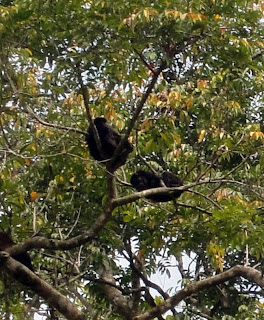 We saw a couple of sloth in Arenal Volcano area.  they move ever so slowly on the branches.  It was said that they only go to bathroom once a month.  At the right time, they come down the tree and do their job on the ground, and cover up well their faces before climbing back up the tree.  Sloth comes in two toes or three toed. 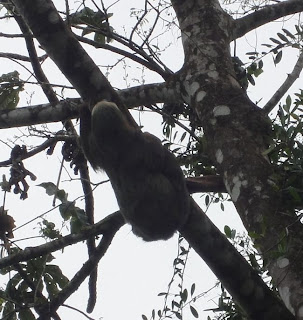 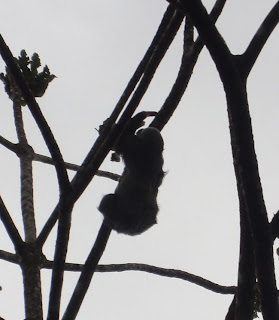 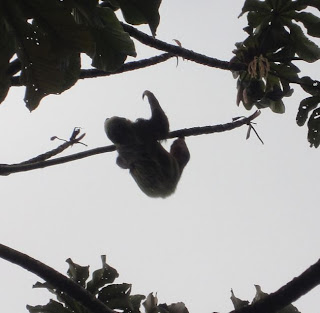 ﻿
﻿Then I saw this cat at our lodge in Hotel Arenal Paraiso , whose head reained me of Xiao wha.  But the strips on its back is so uniquely different. 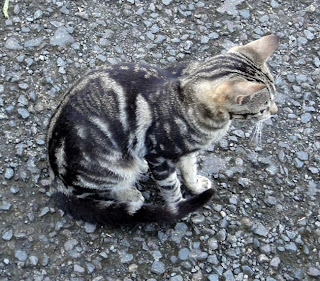 ﻿Iguanas are everywhere.  Their colors are green, grey, brown, or rust, and blended so well with the environment.  they can climb anything.  I found two of them on the roof of the room I stayed in.

And we saw a lot of birds which I could not name the all.  And I was unable to capture any shot of toucan, scarlet macaw, or kingfisher, even I was able to just catch a quick glance of them at some moments. 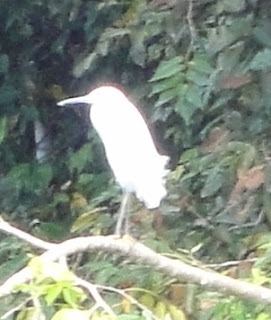 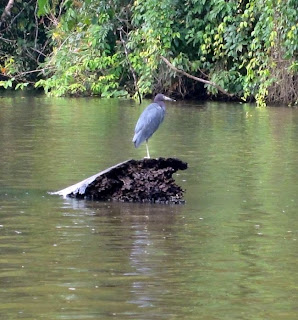 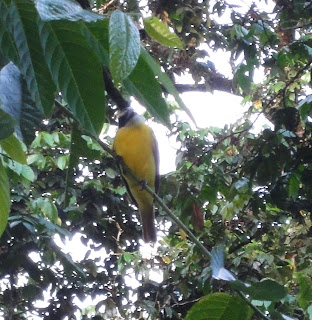 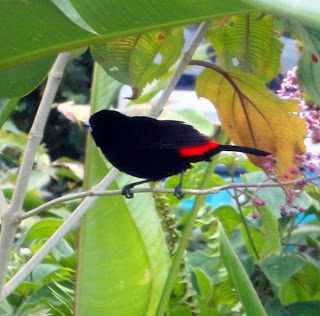 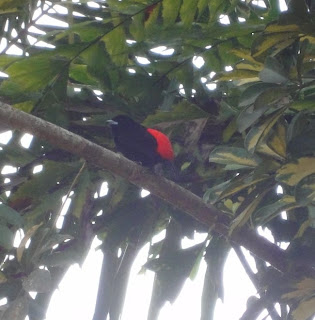 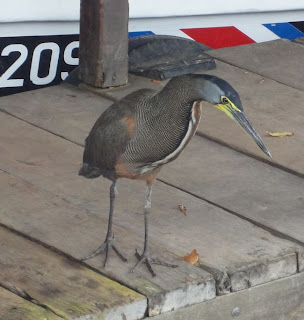 And so many beautiful butterflies: 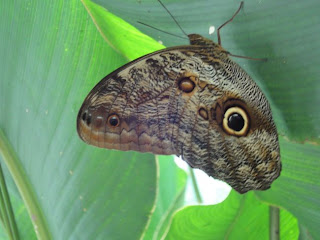 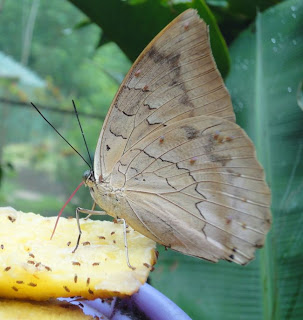 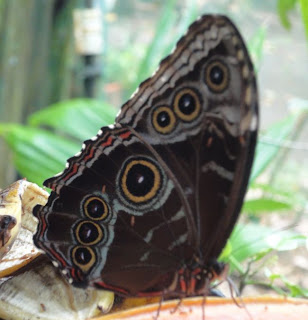 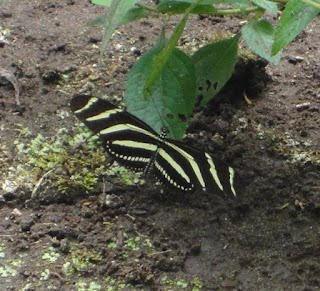 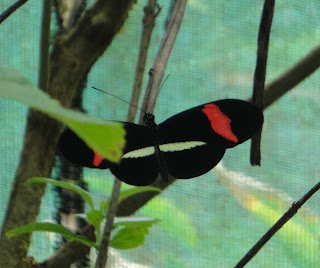 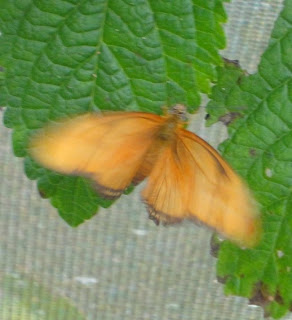 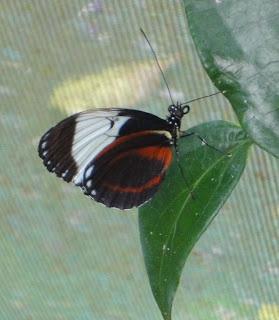 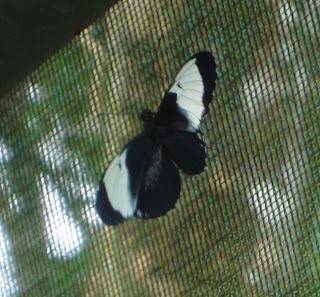 And I was able to get a fuzzy shot of the famous frog.  They are so tiny. We also found this bug on the ground but knoew not its name. 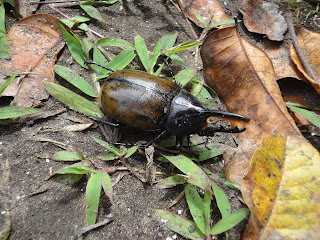 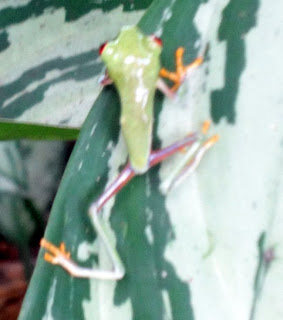