My first cruise with Princess took place in September.  T&J, and Gail were traveling with me on Princess Ruby.  Tom has nicely documented the trip below.  Since i hurt my right knee and had to take some different excursions than T&J, I saw a bit different things along the way.

Our trip started by flying into Rome, board the ship, then made stops at Naples, Santorini, Kusadasi, Mykonos, Athens, Katakolon (Olympia), Corfu, Dubrovnik, and ended in Venice.

We sailed through Mediterranean sea, Aegean Sea, and Adriatic Sea on this trip. One would just be so charmed by the clear color of these waters!

When in Naples, we took excursions to Sorrento and Pompeil:

The coast of Sorrento:
The cliff: 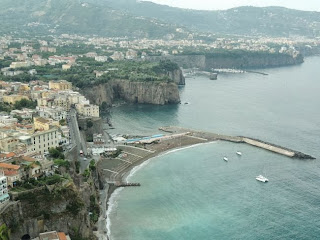 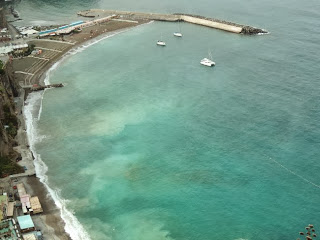 We walked around the old town, shopped (I bought a box made of olive wood for my curio) and bought some local wine in Sorrento; I also hurt my right knee on the bus in Sorrento! 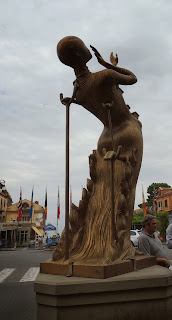 Have to remember the wine, the injured right knee, and the almost lost GPS! 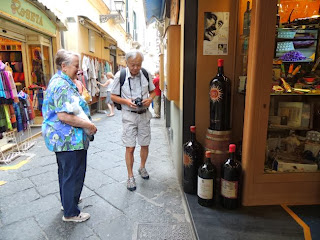 Not able to see all in Pompeil due to the injured knee!! Below is a picture of the ancient street of Pompeil: 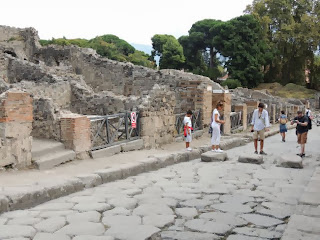 Santorini has establishment of white washed square houses and blue domed churches on top of the cliff. 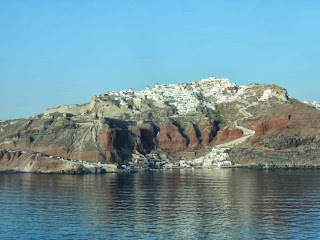 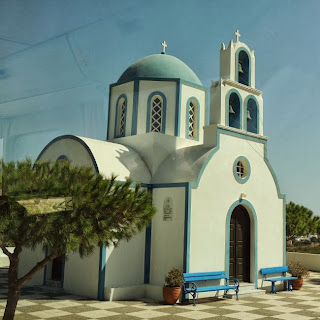 Our island drive excursion visited a winery for us to look at the water and taste some local wines. 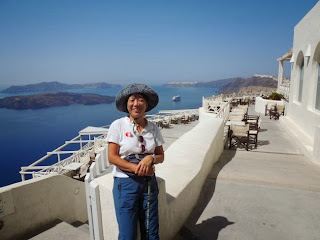 Kusadasi (Ephesus) is the first location of Turkey for me to visit ever.  The city tour allowed me to have a glimpse of some ruins (But not able to go to see the Library!) below is a 600 years old Turkish bath) 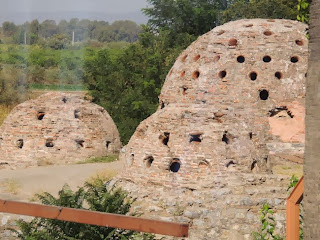 One column, the only remain of one of the world seven wonders - the temple of Artemis: 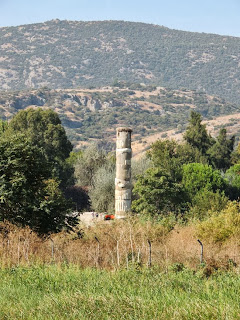 The legend says that Jesus's Mom and John settled in Ephesus.  John continued with his work on spreading the gospel and died at the age of 64.  He was buried in the valley of Ephesus.  A Basilica of John was erected. We could still see some remain of the Basilica: 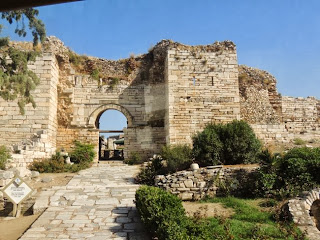 Mary, lived on top of the hill and died at the age of 92. She was later assumed.  We went to see her shrine.  The place feels very serene. 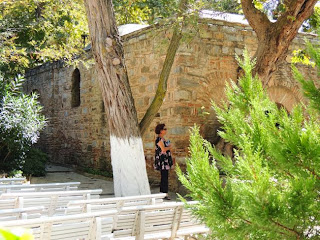 Many, many people said prayers: (Reminded me of the prayer notes in front of Japanese shrines, or in front of Xianjian temples...... We are so human....) 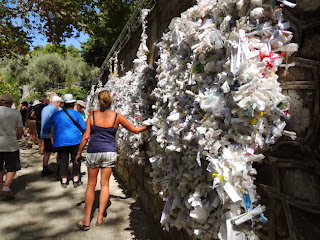 Mykonos is a fabulous little island. Gail and I had some Greek Salad in Little Venice. The windmill is adorable. 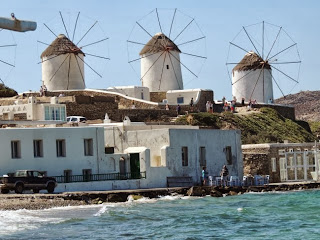 I could only take a city tour and visit the museum in Athens due to my injured knee.  I was quite disappointed that i was unable to climb to the Acropolis. But such is life.  I am happy that I was not hurt more than what I did, and was still able to see so much beautiful things!

The coliseum built entirely with marbles, and was used in 2004's Olympic 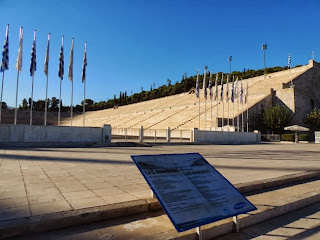 The Acropolis Museum was built on some ruins.  One can see the ruin before entering the museum.  Note that the ancient Athenians built aqua ducts to deliver water from the nearby mountain to individual homes.  Mountain instead of the river provided the water source for the ancient Athenians. 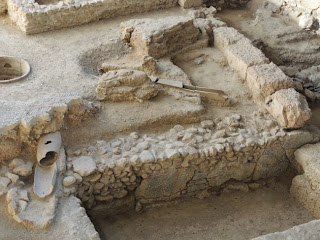 It was raining when we arrived Olympia.  It was a very short visit, but one gets a feel of the ancient grand game. 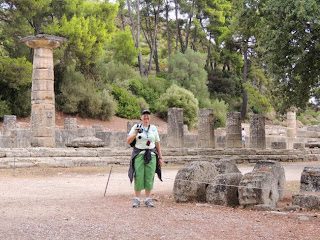 Gymnasium / Dormitory for the athletes? 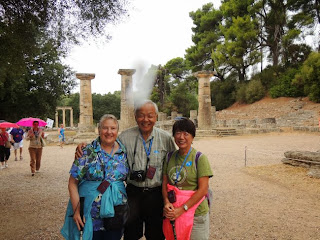 the gate from which the athletes enter the contest.

Corfu is a small island outside the west coast of Greece. We had a wonderful bus tour from the east coast to the west coast in the center part of the island.  Further north is just forest.  Many houses were built high on the hill to avoid pirates from the sea.  The most impressive visit was to see the Achilleion Palace (Cici's palace).  CiCi was not only beautiful, but showed great taste. 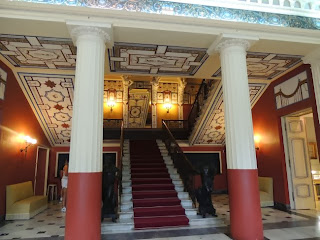 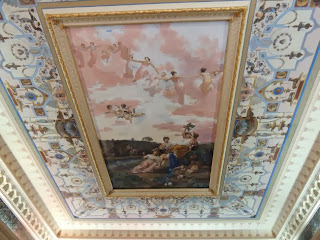 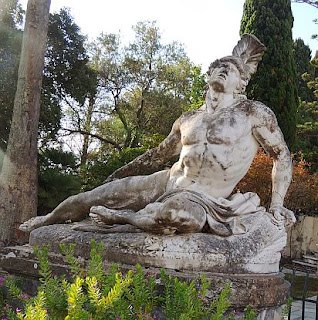 On the East coast of the island is the Mouse Island.  A very cute little island as a photo opportunity. 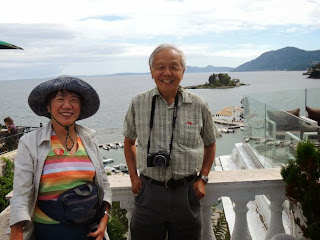 Arriving Dubrovnik extended my classroom and playground to Croatia for the first time.  We only had a few hours : visited 2 museums, walked the old town and watched a Croatia song and dance. just enough to entice for future trips. 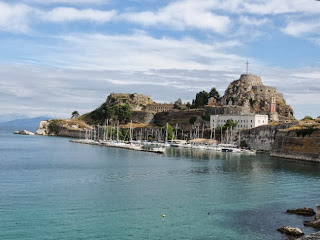 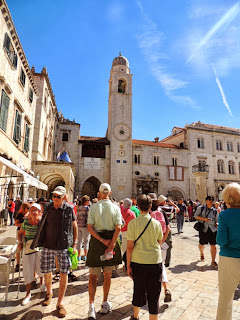 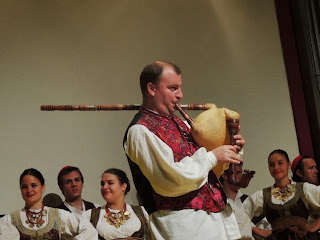 To view the entering into the Grand Canal of Venice on the 16 floor of Princess Ruby is nothing short of mesmerizing. It was 7 AM in the morning, and the full moon (Chinese's autumn festival) was still hanging low. 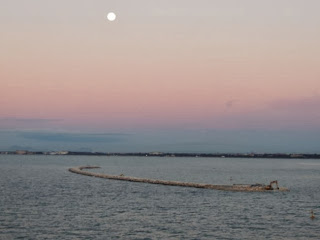 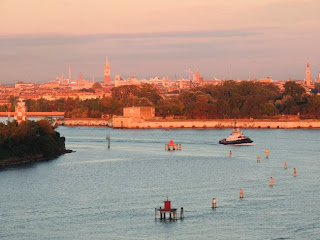 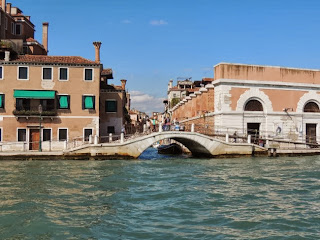 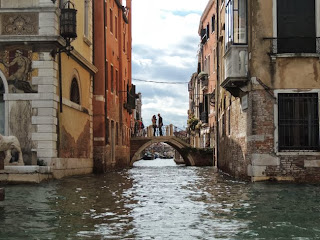 This is my third time visiting Venice.  Would this beautiful city one day really going to be all under water???What a shame would that be! 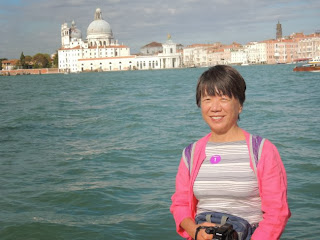 Posted by ChristinaH at 2:10 PM