During Sep. 3 - 8,  I went to SFO for a reunion of my high school.  After the big reunion dinner on Sunday evening (about 170 people), one bus load of classmates went on a trip to Yosemite.  This is the third time I visited the Park.  However, this is the first time I visited the Devel's Postpile and Mono Lake, and was quite impressed by them.  Mono Lake is located to the immediate East of Yosemite, and is the westernmost basin of the Basin and Range province, which stretches across western North America between the Rocky Mountains and the Sierra Nevada.  Mono Lake is a vast inland sea nestled at the feet of 13,000ft peaks of the Sierra Nevada Range to the west, the ancient volcanic Bodie Hills to the North, rolling oceans of sagebrush to the east and the towering cones of the Young Mono Creaters to the South.  The Native Americans who lived in the Mono Basin collected the abundant alkaline fly pupae and used them as one of their main food sources.  These Indians were called Monache ("fly-eaters").  Monoche was shortened to "Mono" and applied to the region and the people living there by early explorers in the 1850. 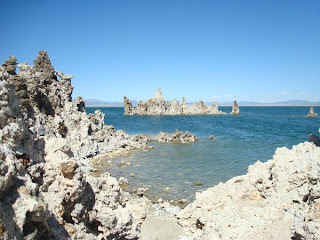 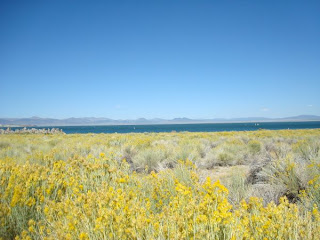 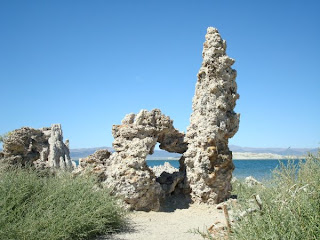 Devil's Postpiles are columnar basalt, formed by basalt lava from volcanic erupts, vents and cools.  The lava shrinks and then cracks and sometimes form vertical  columns. When homogeneous lava cooled at a uniform rate, it created well-developed columns like those at Devel's Postpile . 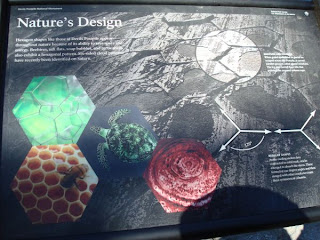 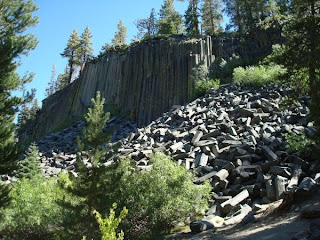 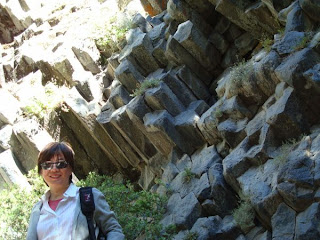 Posted by ChristinaH at 1:30 PM