Budapest will never be forgotten

The trip to Eastern Europe was grand, truly grand from April 11 - 27.  Then an unexpected trip extension in Budapest was prompted by Tom's medical emergency.  We stayed in Budapest until May 7 when we flied back to US.  People in general in Budapest are more reserved and less friendly.  But I have been so impressed by some folks who work at the Courtyard by Marriott where we stayed the entire time we were in Budapest.  We are give certain amount of time on this earth.  It is up to us to figure out what we need to do with our time.  For me, it seems to be able to connect with more people in a positive manner is important to me.

We were in Budapest when people on earth could observe the "super moon".  The bridges on the Daniel river were gorgeous.  Janice and I were able to walk up to the medieval Buda Castle one afternoon after we return from the hospital. Rowland (in green shirt) was our favorate waiter at Marriott's Oleo Pazzo Cafe where Janice and I had 10 dinners while Tom was in the hospital, and later we were waiting for th einsurance company to clear our flight. 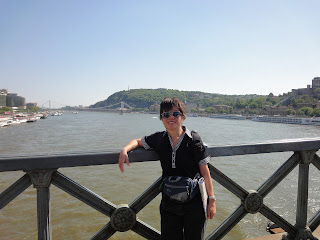 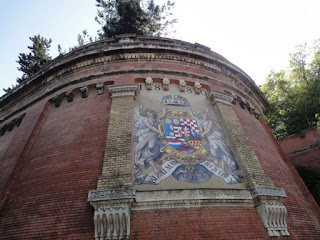 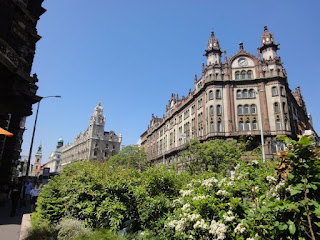 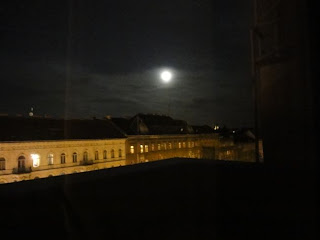 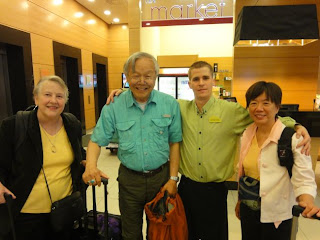 Posted by ChristinaH at 9:44 AM