Christmas Markets Along the Rhine

From Basal to Amsterdam, I traveled with 120 other passengers on GCT's M/S River Concerto.  I had a cabin all by myself and truly enjoyed the privacy.   The Christmas markets were not too fantastic, but the food on the ship was tremendous! And of course the history, culture, and scenery along the way were delightful.  I guess I can understand why some folks have been on the same tour more than once.

There was quite a bit of snow when we were in Basal.  It made everything look beautiful. 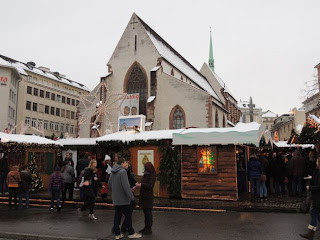 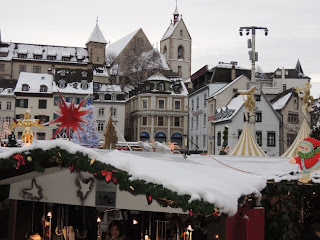 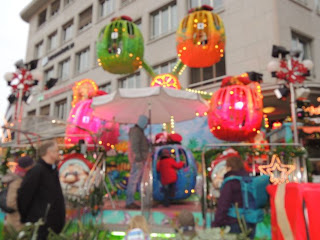 A little town called Kaysersberg in France was a nice stop for us to look at the unique tall narrow houses. 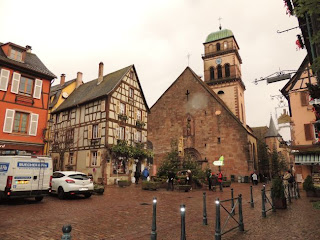 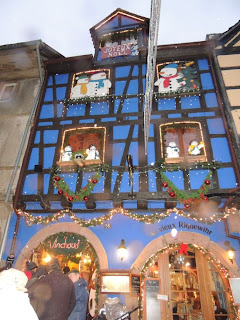 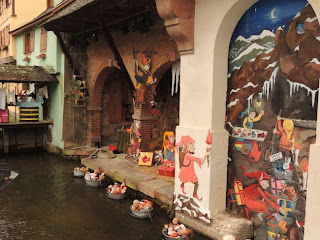 ﻿The highlight in Strasbourg ﻿was the sightseeing tour by glass-top boat along the city's canals.   The Christmas markets were quite attractive too: 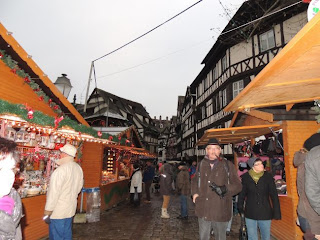 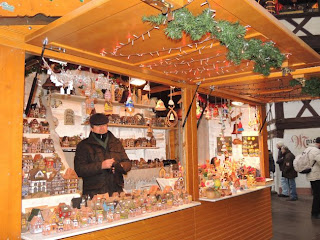 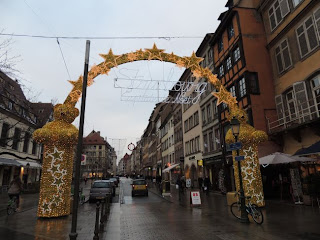 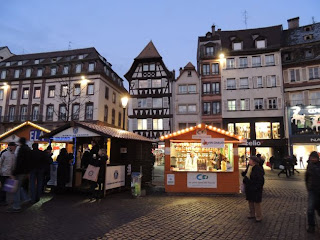 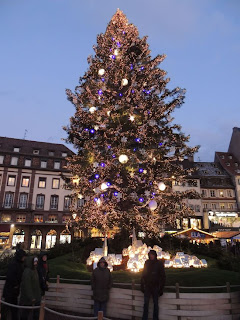 At Baden-Baden, we saw some Roman remains, which was uncovered when a casino was being built. I bought a Christmas bell at Speyer.  And I concluded that Gluhwein is probably the best part for those folks who visit the markets.  The locals would gather together with friends in the market, sipping Gluhwein and chatting with each other for hours. 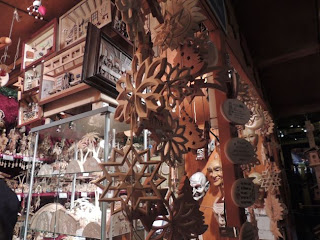 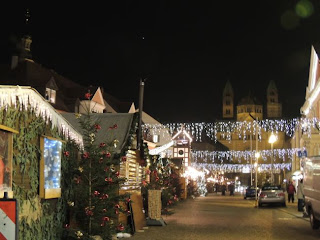 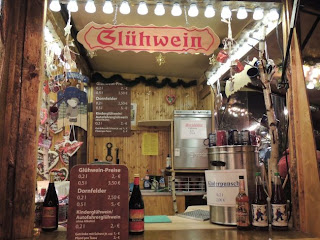 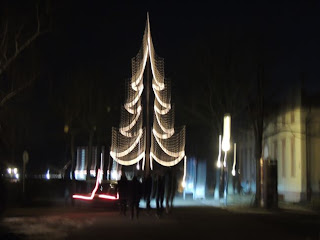 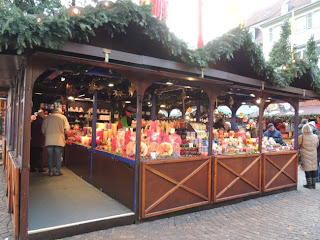 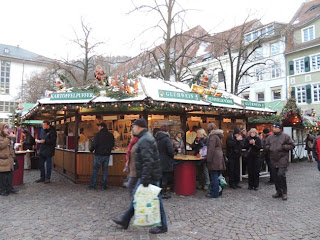 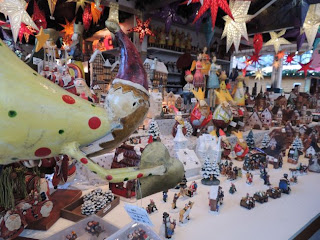 To see the Gutenberg Bible and the printing press was the highlight in Mainz.  I even got the chance to operate the press!  And they also have a Christmas market. 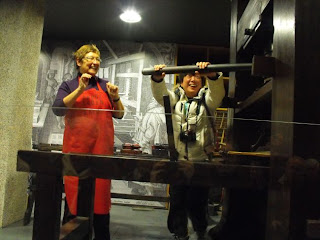 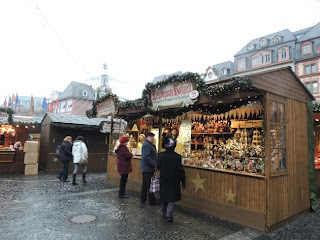 I was able to walk quite a bit in Koblenz, a 2,000-year-old city that stands at the confluence of the Rhine and Mosel rivers.  I was quite impressed by this pair of grandma and grand daughter,  Velma, the grandma, is very graceful and charming.  We talked about Martin Luther in a very spontaneous manner.  It was very interesting! 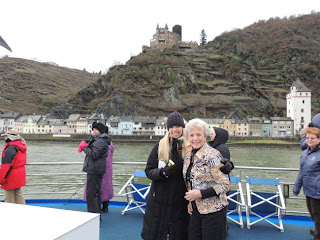 And this evening, we had roasted pig! 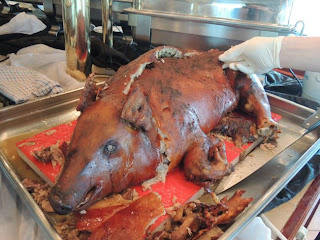 The Christmas in Cologne did not have much decoration on the "roof" of the booths.﻿ 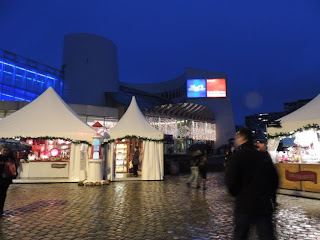 Posted by ChristinaH at 6:45 PM