Human activities in Carcassonne could be traced back to 6th century BC.  It had been conquered by Romans, Visigoths, and Franks.  After the death of Charlemagne, the dismembering of the Empire gave birth to the feudal system. It was under the dynasty of the Trencavels, from 1082 to 1209, that the town began to gain tremendous influence.  During this prosperous period, Catharism grew rapidly.  Crusade then took control and the citadel was reigned by Louis IX.  And the citadel also started to take the current shape.  It was burned down and rebuilt immediately in the 14th century.

Louis chased all the catharism believers out of the fortress (now called the old town), but became soft hearten and built them dwellings outside the wall, now the area outside the old fortress, and across the Aude river is called the "New Town" 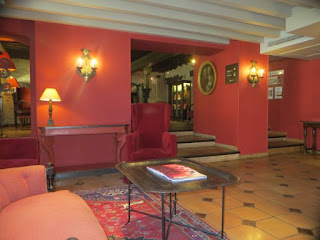 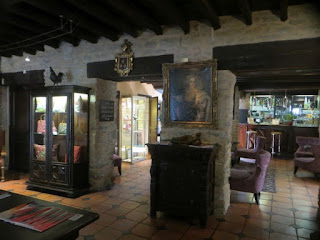 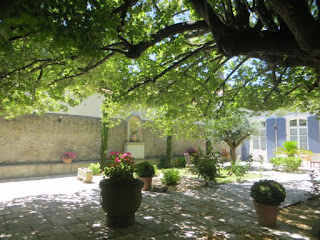 Living inside the old town allowed us to see the place without the crowd in the morning, including witness the sunrise above the new town. 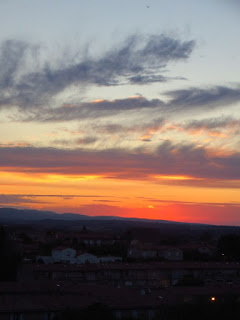 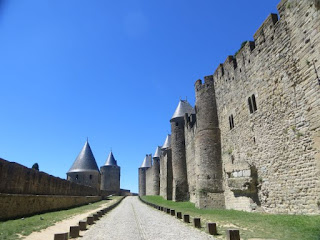 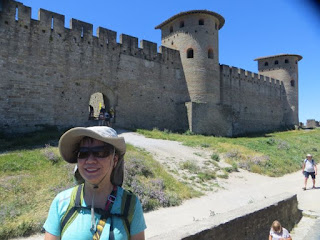 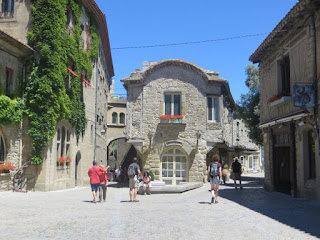 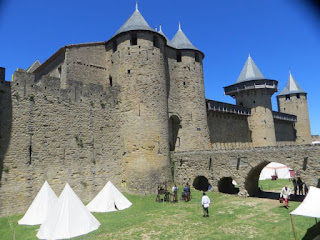 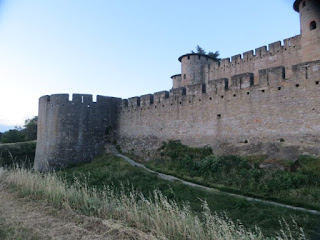 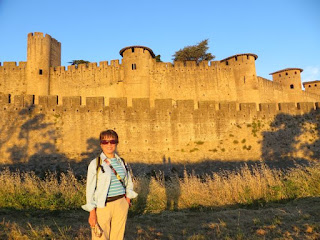 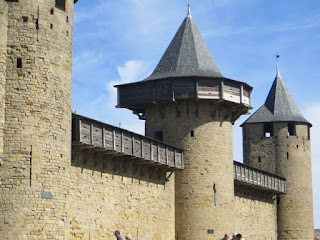 This year marks the 20 th anniversary of  Carcassonne being recognized as a UNESCO site.  In celebration of the event, an artist (Felice Varini) was invited to create an art for the town.  So this is what he did:  Circle, which could be seen only at a particular spot.  Otherwise, one can only see random yellow tapes here and there. 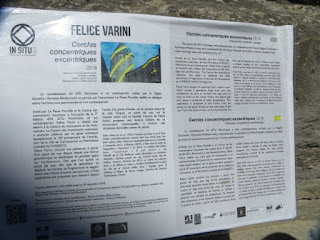 Felice Varini (born in Locarno in 1952) is a Paris-based, Swiss artist who was nominated for the 2000/2001 Marcel Duchamp Prize.  His work descriptions could be found at https://www.gwarlingo.com/2012/optical-illusions-of-felice-varini/ 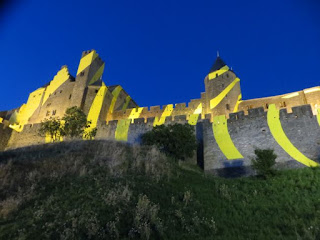 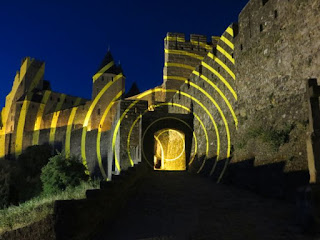 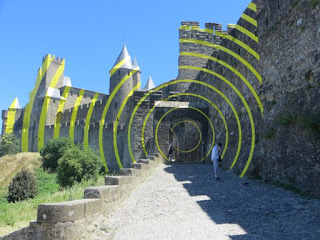 From the fortress's wall, one can overlook the new town: 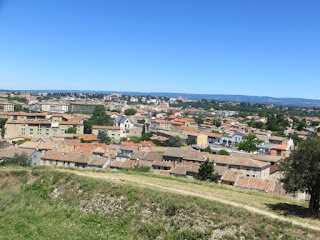 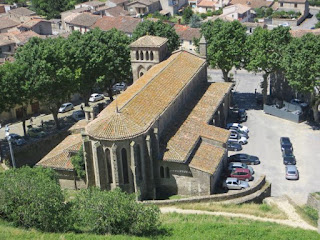 One can walk on the old bridge above the Audi River and reach the new town.: 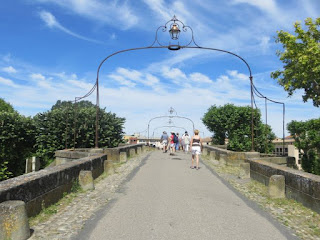 The new town was built with the streets well organized as grids, thanks to Louis IX . 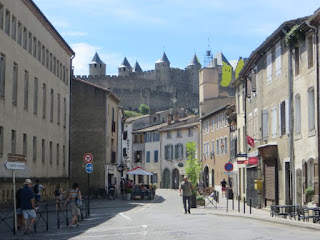 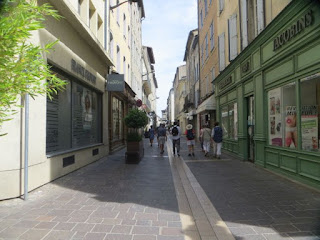 We took a boat ride on the Canal Du Midi.  Very quiet and pretty: 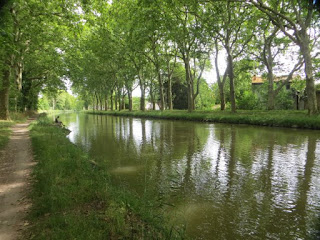 One last look of the fortress from the new bridge: 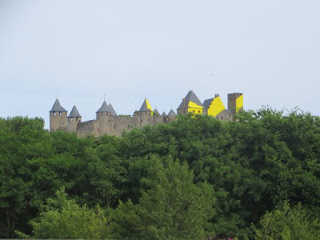 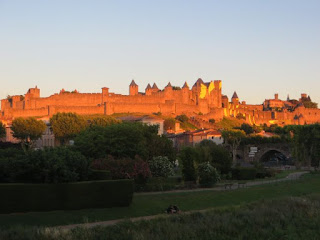 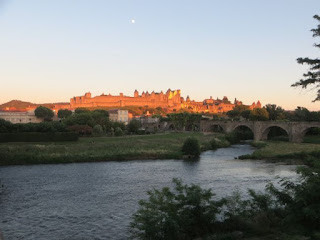 The old bridge stood above the Audi River.  What 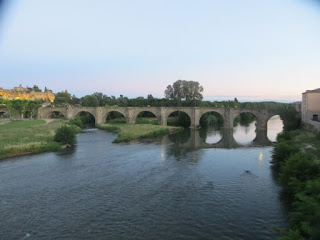 Posted by ChristinaH at 9:12 AM