The gentle kindness across generations

I joined the Fernald reunion at Cape Cod at the end of June.  It was an opportunity for me to get to know Janice's relatives a bit more.  When I was looking at the albums put together by Sharri, Doug pointed out a picture of Tom (he looked very young!) holding a little boy on his lap.  Doug said " That was me." , with sparkles in his eyes.  I looked at him and said "No! Get out of here.  Really?"  Doug smiled, and said "Yes, yes.  That was me." He then looked at Tom, who heard us and started walking toward us.  Suddenly I felt a sense of tenderness in Doug's glance toward Tom.  That old picture must reflect a special bond, a sense of warmth and affection.  Later Doug and Alison took Tom and me  to the sand dune to see grey seals; and the following day they took Tom and me to the break wall for a walk, and to Province town for a drive around.   I especially appreciated their generosity, and know that a seed of love was probably planted by my brother years ago,  when he was a young man, and when Doug was a little boy! 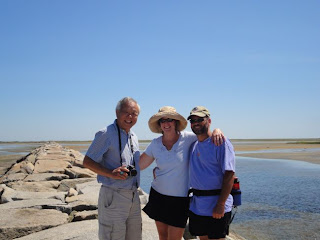 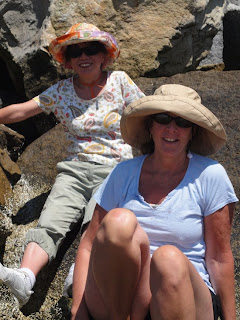 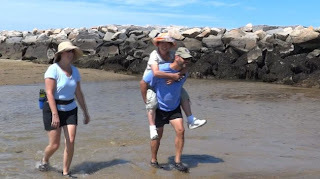 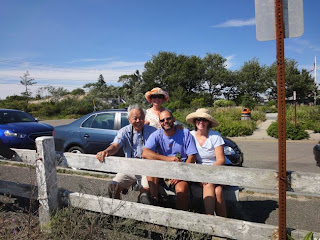 Matthew really likes his cousin, the little Annie, and would ask for her the minute he got in the door in the morning. They played well together.  When it was time to say good-bye, Annie was visibly very sad.  Steven picked her up and held her gently.  I took a picture of them as the scene reminded me of the picture of Tom and Doug.  Matthew also hugged Annie very gently. 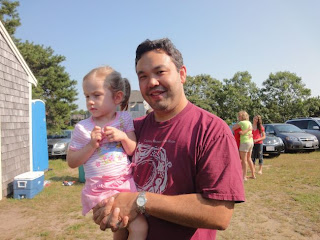 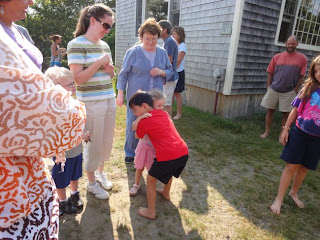 Tom said that the Cape Cod has given children much, much fond memories.  I am glad that I was there to witness the nice tradition.

Janice took a picture of me in front of  the light house.  She said that I was there the first time I visited Cape Cod (when Steven was 2).  I hardly remember much about that first trip except that I was sick.  I was, after all, a different person back then.  I just came to US and knew rather little about myself, others, and the world.  I later grew up in US. 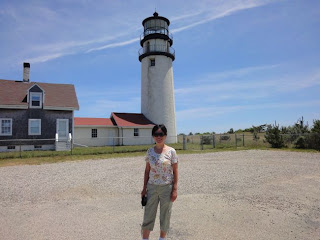 Posted by ChristinaH at 7:43 AM