The Route of Maya

I joined OAT's trip of "The route of Maya" from Feb 21 - Mar 5.  This is a land tour with 14 members in the group.  We had 4 couples and 6 single travelers. We followed a route from El Salvador to Honduras, Guatemala, and ended in Belize. 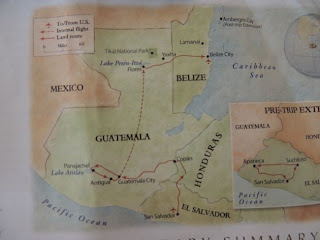 This is our group: 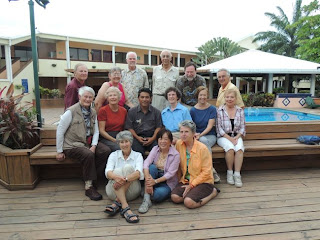 From back row to front row, left to right:
Larry, Gail, Dale, Peter, Elliot,Perry
Donna, Karen, Abel (our tour director), Joyce, Paula, Julie
Peggy, Christina, Kathleen
Couples are Larry and Donna; Peter and Peggy; Karen and Dale; Perry and Kathleen
I appreciate this group of folks, who all are very much world travellers.

We visited 5 sites of Maya ruins on this trip:  Joya de Ceren in El Salvador; Copan in Honduras; Tikal in Gutemala; Yaxha in Guatemala, and Lamalai in in Belize.  A map of all Maya ruins is shown below: 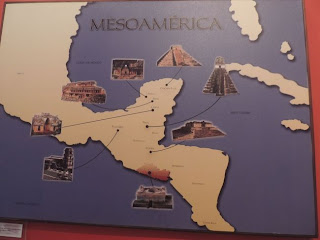 Before excavation, Joya de Ceren was once totally covered by volcano ashes .  Copan, Tikal, Yaxha, and Lamalai were covered by jungles. While we now know that some 1,500 years ago, Mayan priest-kings built scores of pyramids, carved stone monuments, constructed handball courts, laid out streets of their cities in a grid pattern, we still do not know what exactly happened around 900 AD that made all the Mayan cities gone distinct.

At Joya de Ceren, I learned that Mayan used re-bar technology (bamboo re-bar used to enforce the buildings) and utensils with beautiful paintings : 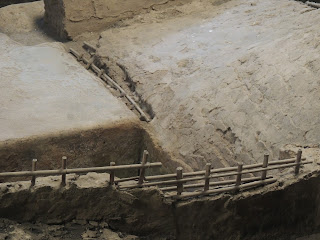 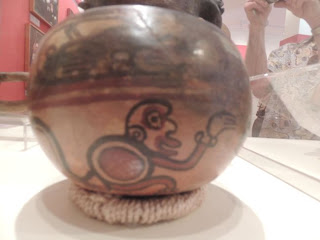 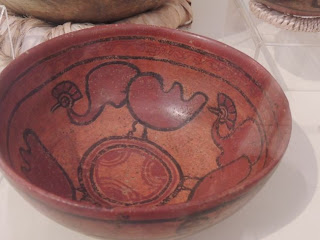 We also saw this beautiful bird (Mot mot, the national bird of El Salvador) at the ruin: 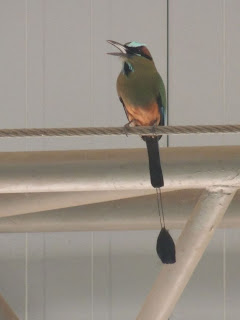 At Copan, I learned about ancient Mayan king using monument as a political statement to legitimize his God and history given authority. Yet human ambition and arrogance eventually led to the destruction of the kingdom.  Human beings still are driven by similar forces today.  Have we really learned from history or are we even able to learn any wisdom from history? 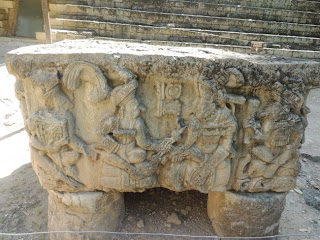 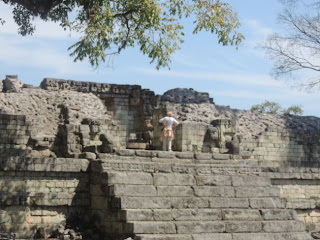 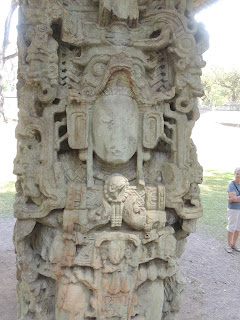 Tikal, at its peak, was home to an estimate of 100,000 Maya.  The Tikal site comprises roughly 6 square miles and contains about 3,000structurs.  I climbed the Temple of the two headed snake, which was built around 740 AD. 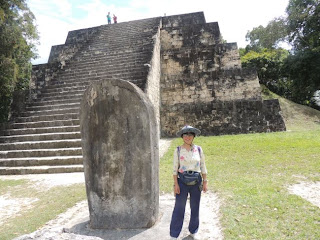 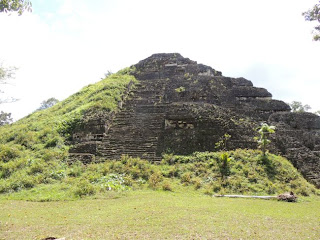 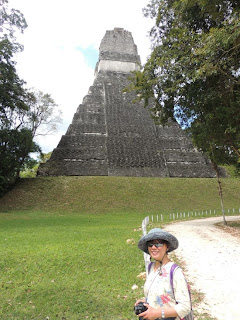 The view from the top of the Temple of two-headed snake. 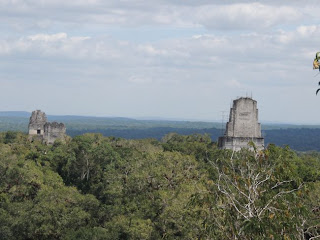 More structure were seen in Yaxha.  We started to get weary by them now: 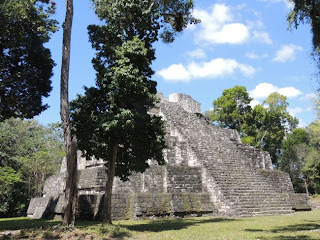 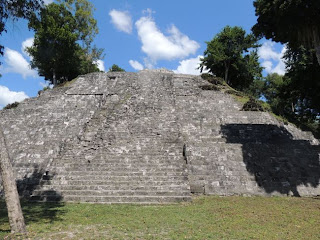 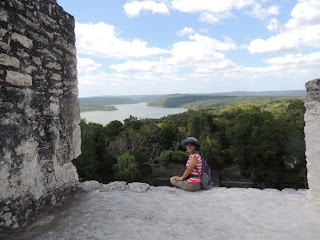 However, the Lamanai ruin was a different experience.  We had to ride on a boat to reach the site via the New River.  Along the ride, we observed many wild life. 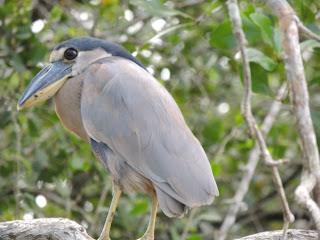 The is quite a climb to the top.  One has to use a rope when coming down. 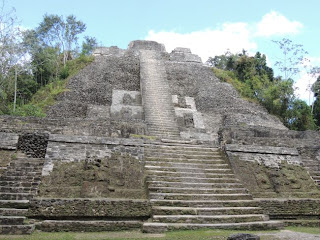 The group climbed to the top: 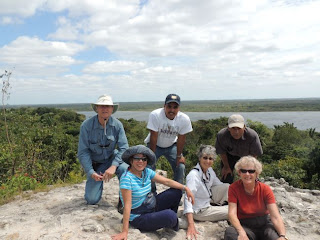 The Temple of Mask: 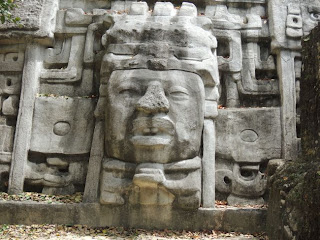 It's interesting that we found similarity between the face of our Maya tour guide (Ben) in Ambergris Cay and this carved mask:  Notice the round face, big nose , the thick lips, and the two big front teeth. 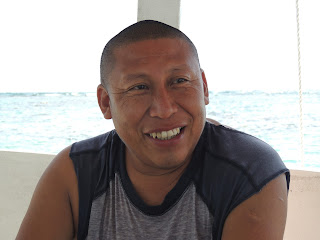 Posted by ChristinaH at 6:10 PM