On the OAT tour, I developed a particular liking of Ohrid, a picturesque hillside city set along the shores of Lake Ohrid.  We only had s short two nights stay in the City Palace Hotel right by the lake.  But I was totally taken by the history and charm of the city.  The place used to have 365 churches and was called as the "Jerusalem of the Balkans".  In 1979 and 1980 respectively, Ohrid and Ohrid Lake was accepted as the cultural and natural world heritage sites by UNESCO. 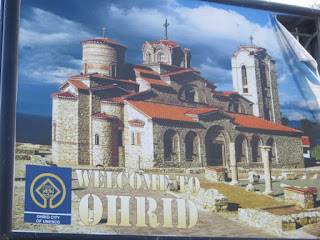 We did visit the church featured in the poster.  We were not allowed to take pictures inside the church.  The fresco inside were just phenomenal.  Although made prior to Italian renaissance, the people and angles all had expressions depicted emotions!

I was determined before arriving Ohrid that I would eat some Ohrid trout, and buy a souvenir made with Macedonian Ruby.  Surely I accomplished both.  Ohrid trout is quite expensive and usually has a quota on supply.  I rounded up Amy, and Carol to join me to share a trout, which costed 40 euro per kilo.

I asked the waiter to show us the trout before cooking.  and I absolutely adore the red poker dots on the fish! 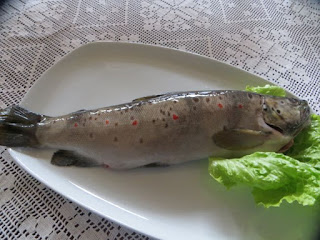 The cook pen fried the fish (it was cooked to perfect tenderness!) and divided it into three portions for Carol, Amy and me to share.  It was delicious and had very little small bones. 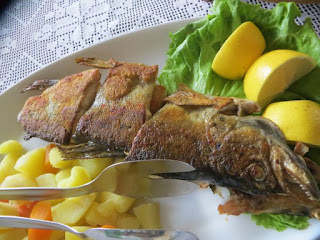 Below is a picture of me and Amy: 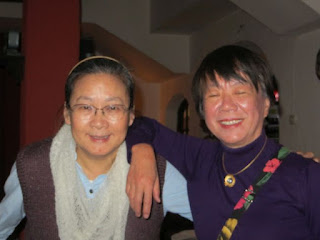 And here is Carol (on the right), and Jill (on the left) 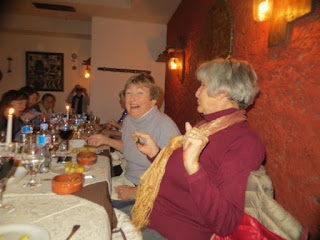 Carol and Jill are high school classmates.  I spent more time with them on this tour as they are very fun conversationalists.
Jill ordered beef soup and enjoyed her lunch very much too. 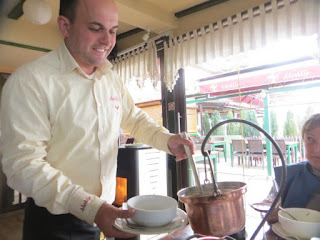 This was the wonderful restaurant we had the Ohrid trout!  In case I would ever go back again..... 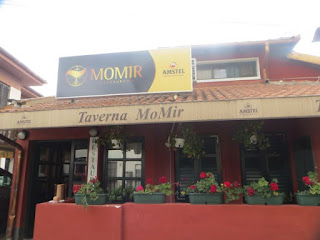 Macedonia ruby was extracted out of the white marble with a sweet and delicate color. 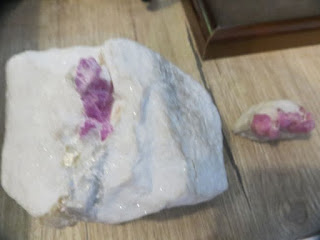 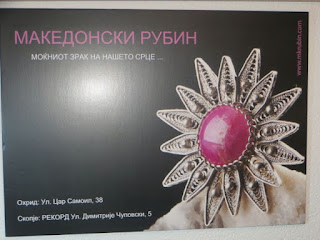 I was quite delighted to have acquired a small souvenir from this store. 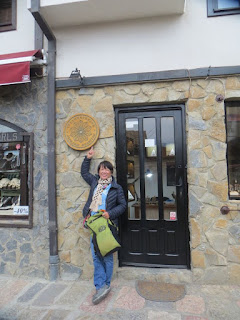 Some other scenes from Ohrid: 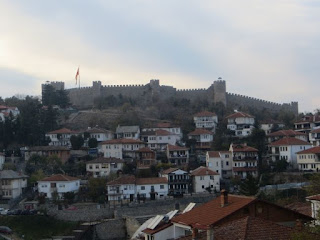 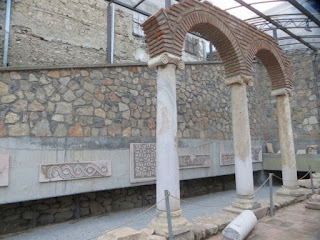 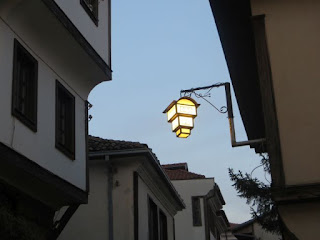 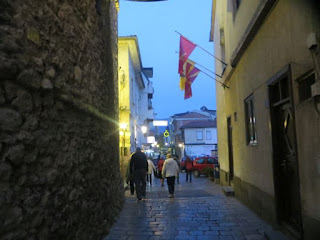 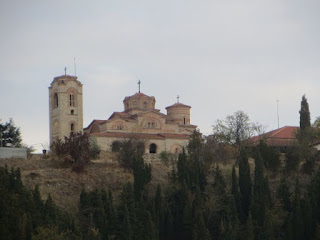 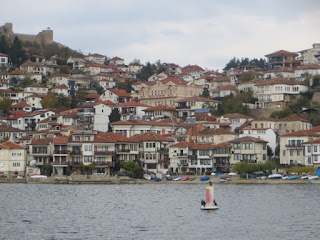 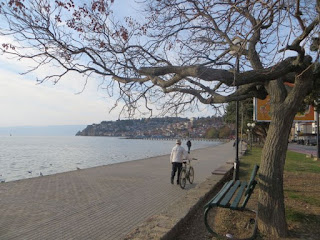 St Clement is the patron saint of Macedonia, Ohrid, and the Macedonia Orthodox Church.  The legend was that he invented the Cril alphabets, but gave credit to his teacher Cyril.  St Clement also established the University in Ohrid, and was an educator. 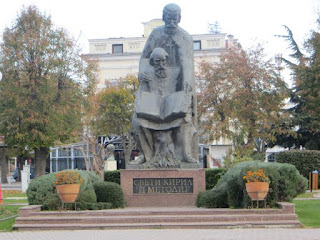 The Ohrid carpets were exquisite.  It usually is hang on the wall or placed in the living rooms. 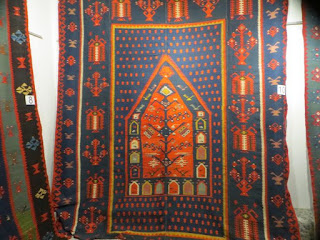 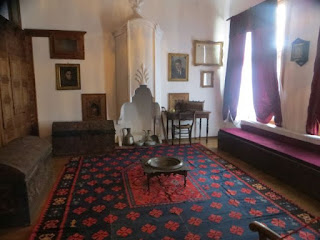 During the excavation works in Trebenishte (near Ohrid) , golden burial mask from the tombs of ancient Greek aristocrats was discovered. Macedonia today still tries to claim this history as part of their identity.  The sad part is that the neighbors of Macedonia are not kind enough to allow them.  Greece has forced the Republic of Macedonia to change their name to Northern Macedonia, which was recently passed in a vote.  In exchange, Greece will consider allowing Macedonia to join NATO and EU down the road.  It is sad to be a small country. 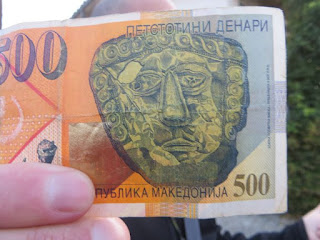 During the bronze age, there was a tribe who built homes and lived on the water in Lake Ohrid, away from the shore.  We went to see the reconstruction of the village 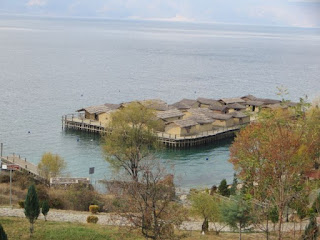 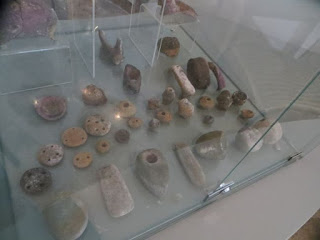 Even it was at the bronze age, these villagers used no metal in their daily life. Only stones, clay wares, and bones were uncovered.

Posted by ChristinaH at 9:57 AM