It's Joshua's first Christmas eve, spent with his parents, his YeYe, his Yau Yau James, and me, the Grand Yau Yau.  He has been in a good mood all day.  He loves to be held, and walked around to look at people and things.  Elizabeth and Dan took him to the Mass later in the afternoon, and reported that Joshua has been really good and quiet.  Dan said that after the Mess, many people commented on how good and beautiful is Joshua.  The smile on Dan was delightful. The smile simply says "we know!"  Elizabeth is nursing Joshua, and would talk sweetly and humorously to him when he enjoys the "meal".  Both Elizabeth and Dan are becoming more and more "confident" with their parental roles.  I am so happy for them!

Ed played with Joshua quite a bit.  Joshua definitely liks music.  Ed was teaching him "conducting" the music.  They both enjoyed it tremendously! 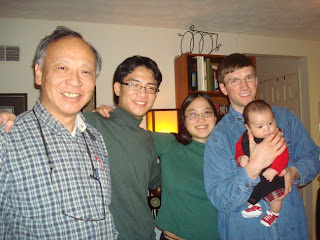 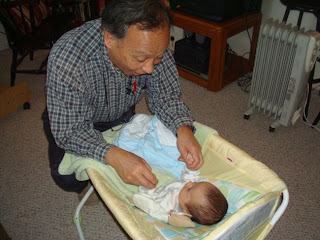 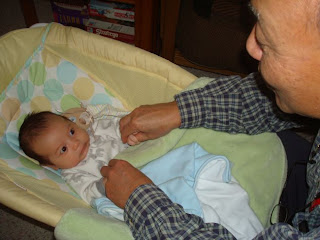 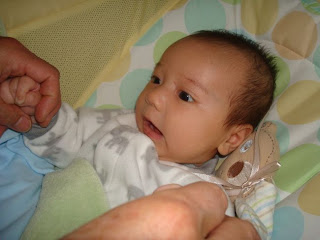 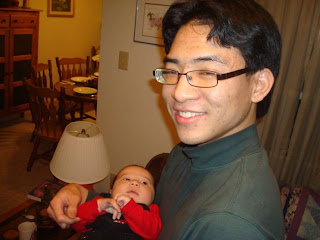 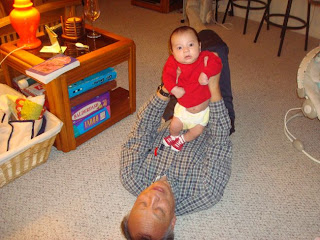 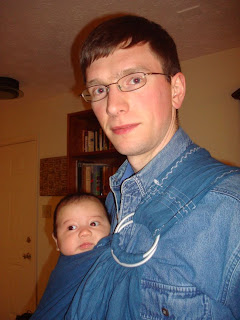 James asked me if he would then be Joshua's Yau Yau.  Ed and I told him yes he definitely is Yau Yau James.  The youngest uncle to Joshua in Huang's family.  I always liked my Yau Yau title - the youngest aunt in my family.  I hope James likes his new title and would allow Joshua to call him so.
Posted by ChristinaH at 5:18 AM