Home Visit with an Albania Family in Dhoksat

Dhokset is a small village outside Gjirokaster.  On our way from Gjirokaster to Dhokset, we saw the fields of Albania and the sheep roaming on the field and on the road. 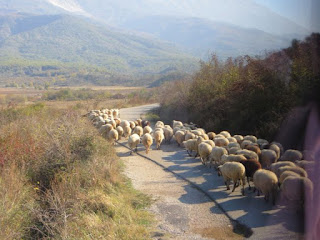 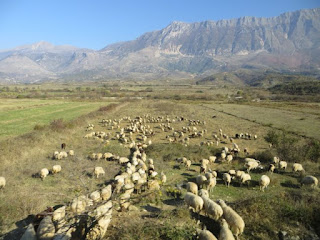 We visited the home of Landi, a farmer, whose Mom cooked a lovely lunch for us.

Approaching Landi's house, built by him and his brother-in-law. 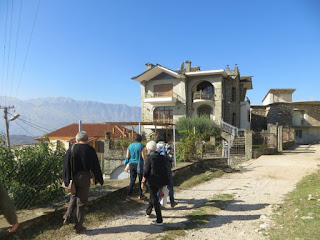 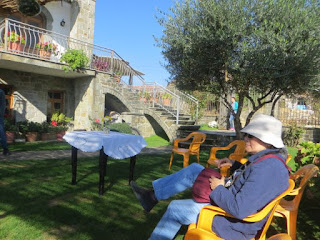 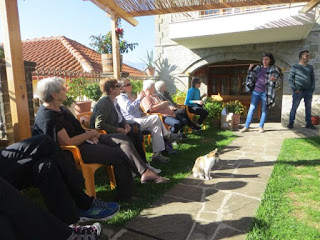 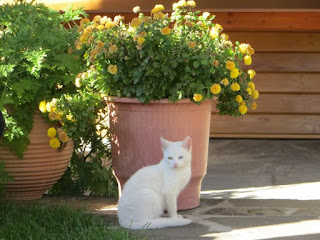 We had a wonderful lunch: 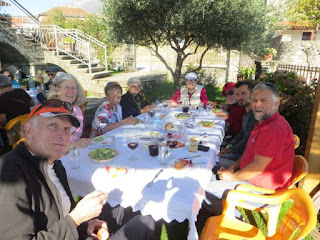 Landi took us to visit his sheep:  The Mama sheep, toddler sheep, and the baby lamb.

These are the ones just weened from the Moms, and we got to hold them 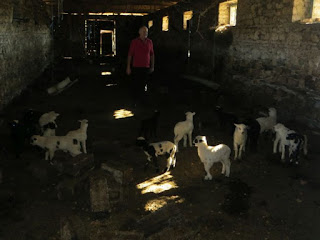 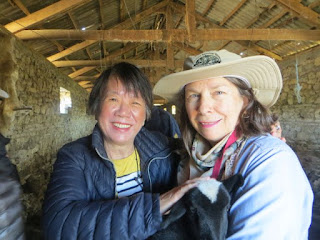 The following are babies still with their Moms: 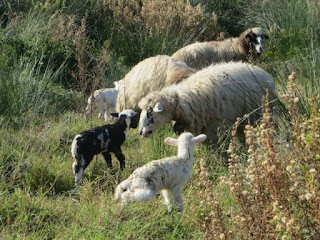 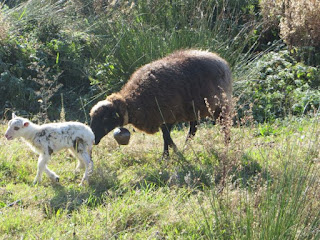 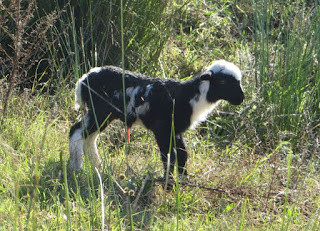 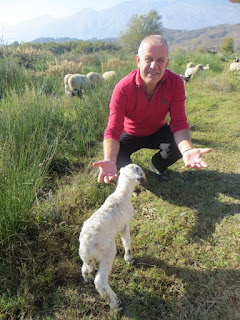 Landi grew up without his Father, who went to US to make some money.  Then the communist dictator Enver Hoxha raised the iron curtain and allowed none of those immigrants to come home.  Landi and his Mom never saw his Father again.  His Father was a shef in Philadelphia, and cooked for American army when he was alive. He had sent money home, but was never been able to hold his wife again, nor ever met his son.  Landi showed us some documents of his Father:  The only thing he could hold dear, and he hopes some American might be able to find a bit more about his Father in the United states.  I felt so sad for them. 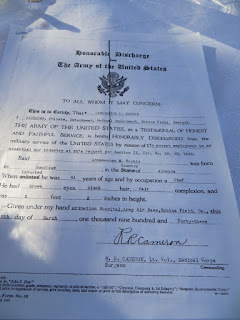 The wedding picture of his Mom and Dad, and his Mom now (standing by our Albania guide Gazi): 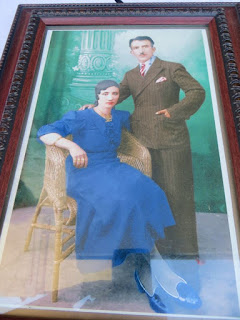 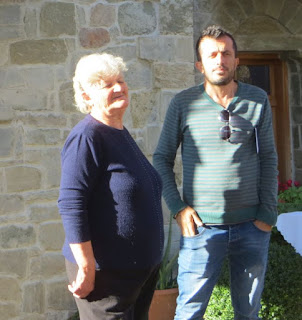 Albania is still quite poor, and backward in the countryside.  one travels, one hear stories of other people, and one becomes more and more thankful for ones own experience. 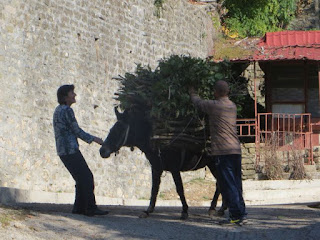 Posted by ChristinaH at 6:00 PM