Vergina is 75 Km west of Thessaloniki.  The Royal Tomb Museum was built where the tombs were originally excavated.  The museum gives a dark and imposing atmosphere.  Inside the tomb there was a small temple built for Phillip II.

Hundreds of items are displayed including beautiful gold creations, elaborate jewelry, colorful wall paintings, mosaics, hundreds of ancient items including a richly carved burial bed and others, used by the imperial family.  There was also the shield and armor of King Phillip the second being shown.

This is definitely a most worth visiting museum!!

The entrance to the Royal Tombs Museum.  the museum is underground beneath the bump. 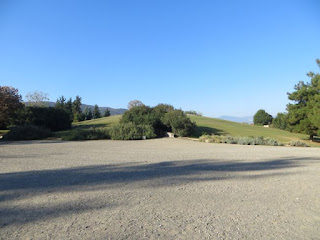 The location certainly was beautiful and tranquil. 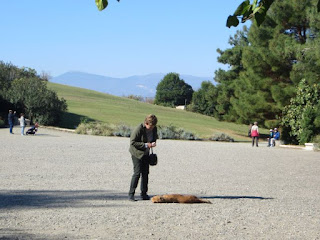 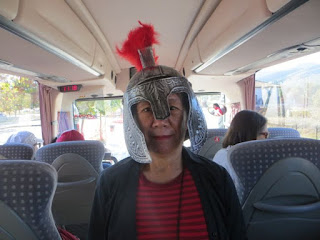 Picture taking inside the museum was not allowed.  The following pictures were from the Internet showing some interesting items inside: