Early in the morning, we arrived Neum.  Our ship had to anchor in the middle of the water.  We took a smaller boat to the shore and started our bus journey to Moster.
The sun rise: 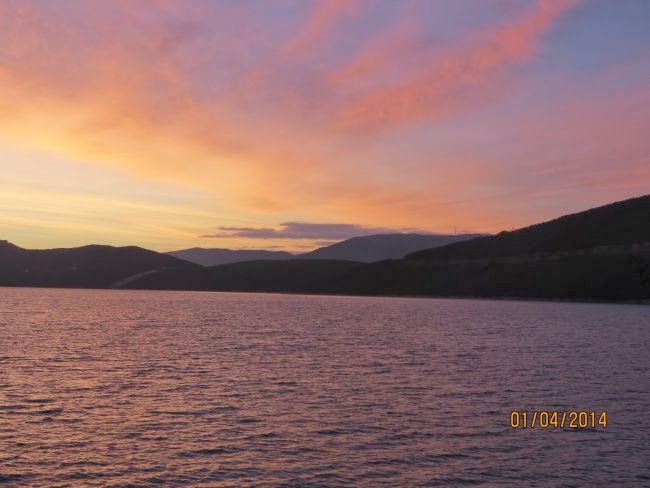 A little island belongs to Croatia, but close to the Herzegovina region, which still presented conflict between the two nations: 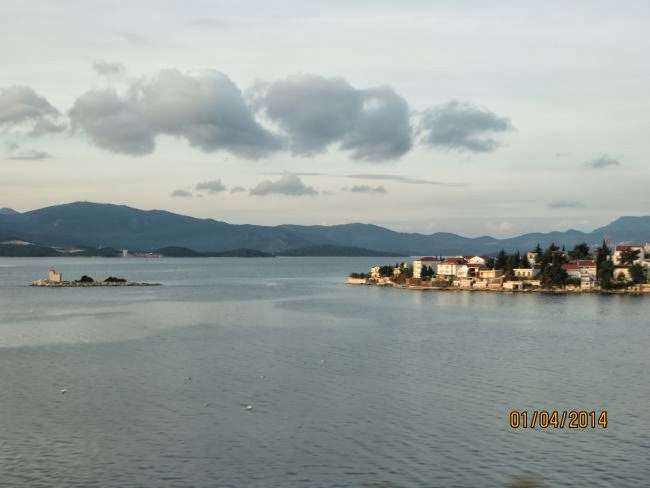 House along the Neretva River.  It is a beautiful river.  But our guide told us that the river was stained by blood during the Bosnia war, as so many people died without proper burial. 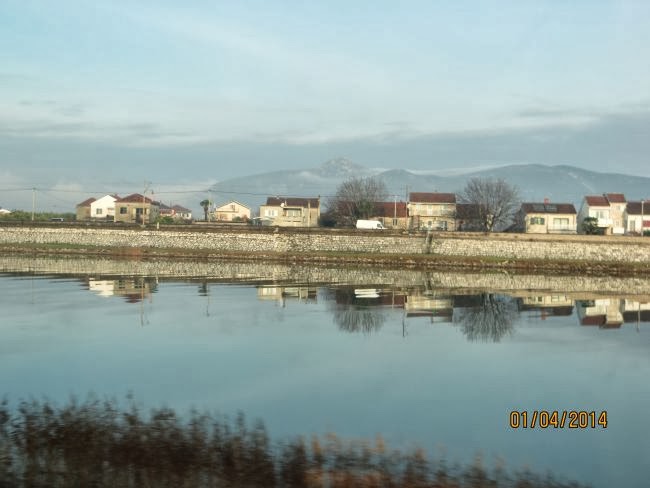 One can see a fortress perhaps left from the Ottoman era on the hill. 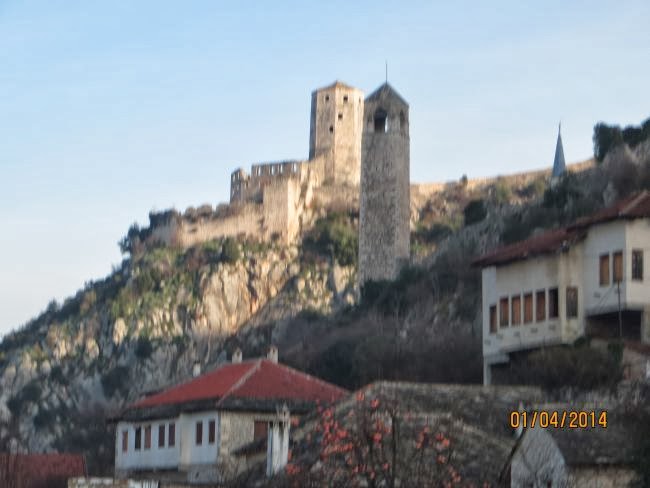 We knew that we were close to Mostar when we see more of the Muslim structures. 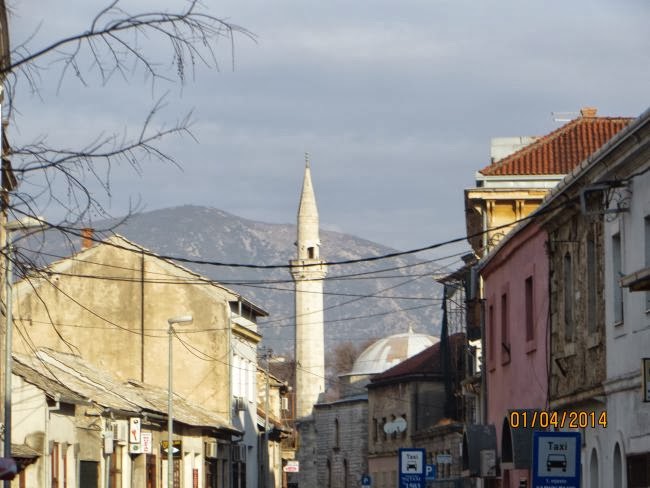 On a street of Mostar, there was a sign pointed toward a Bazar, and all the activities forbidden in the Bazar. 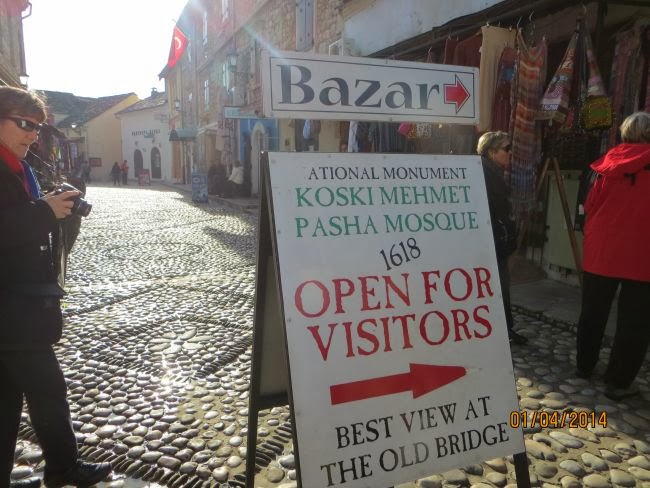 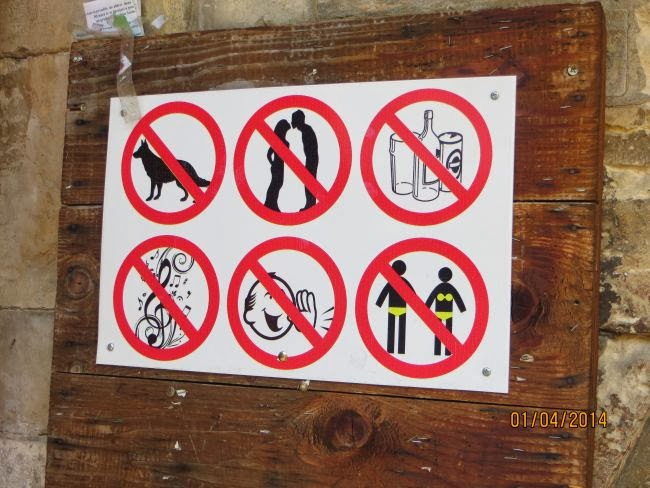 The inside of a mosque by the Bazar 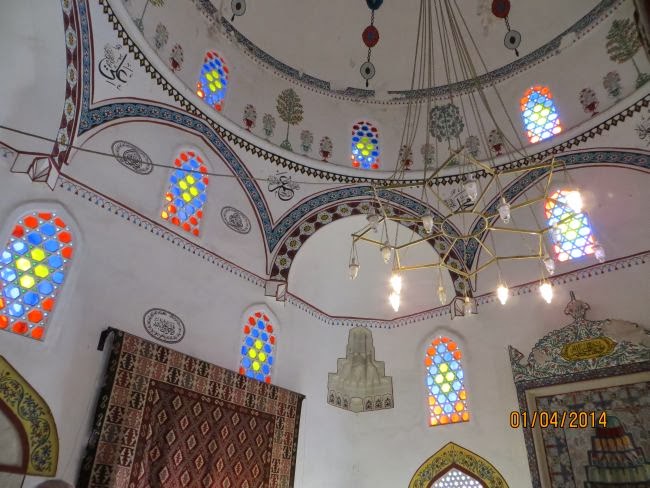 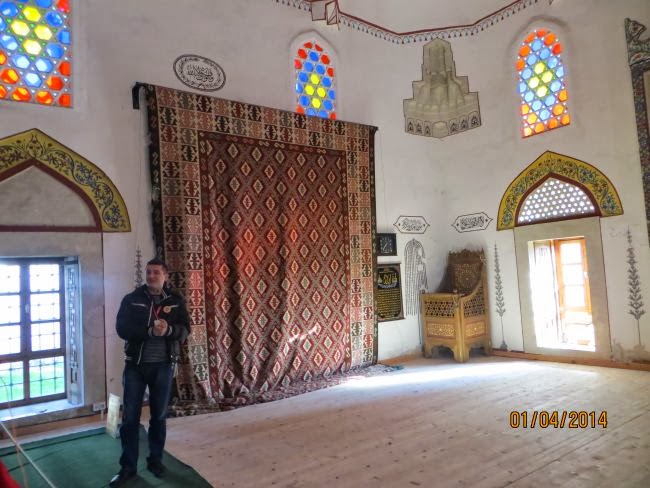 The pebble covered street leading to the Bridge 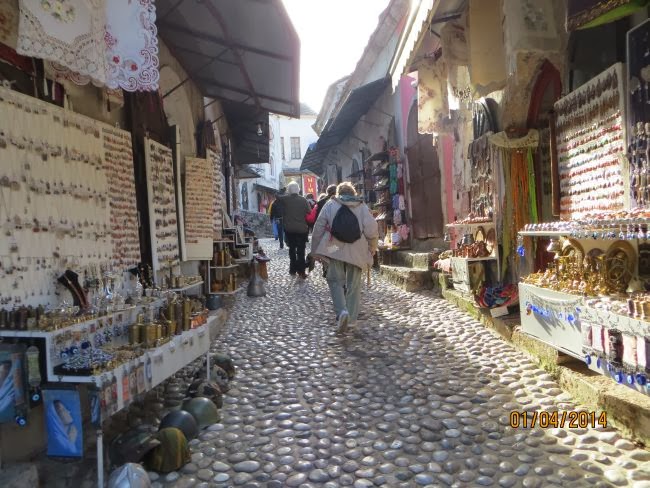 The famous Bridge, a UNESCO Heritage Site, which divides the town into Muslim and Croat sections.  the Bridge was designed by the Ottoman architect Mimar Hayruddin the the 16th century. The original structure was destroyed by a bomb during the Bosnia conflict in 1993.  UNESCO helped fund its rebuilding as a symbol of unity. 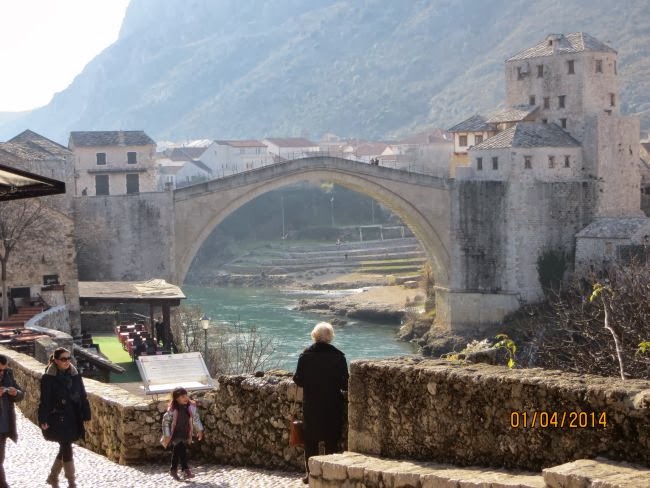 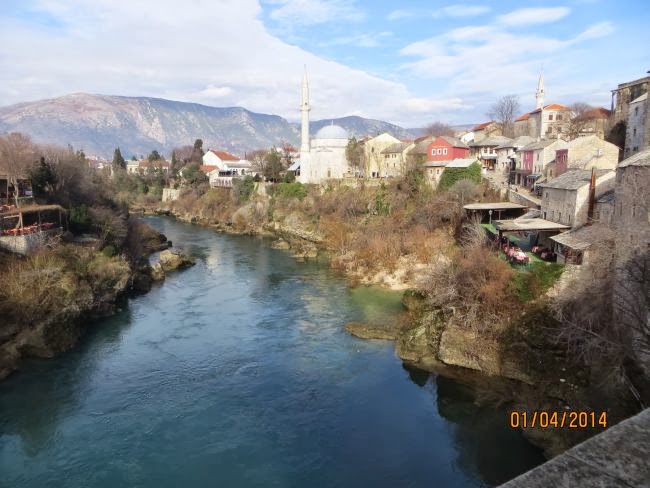 The above is a view from the top of the Bridge. I was able to go down by the river and had a picture of the Bridge from below. 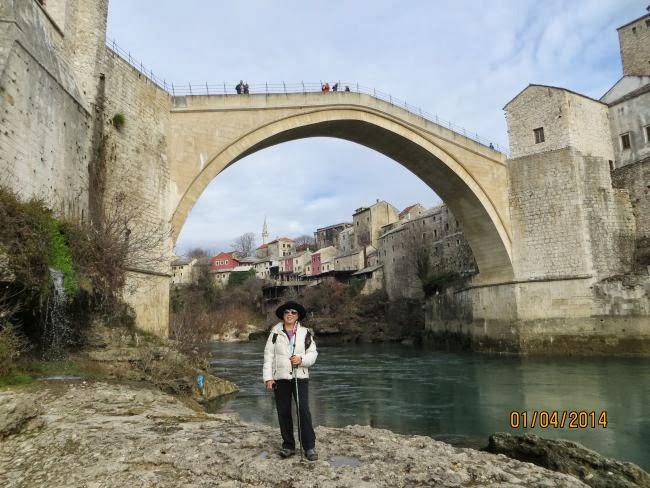 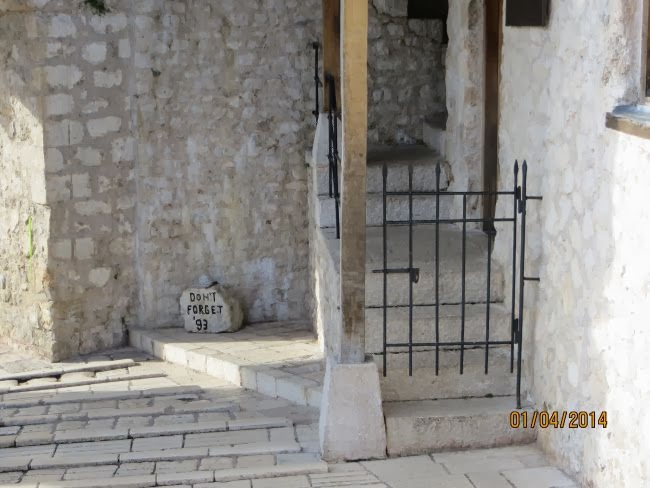 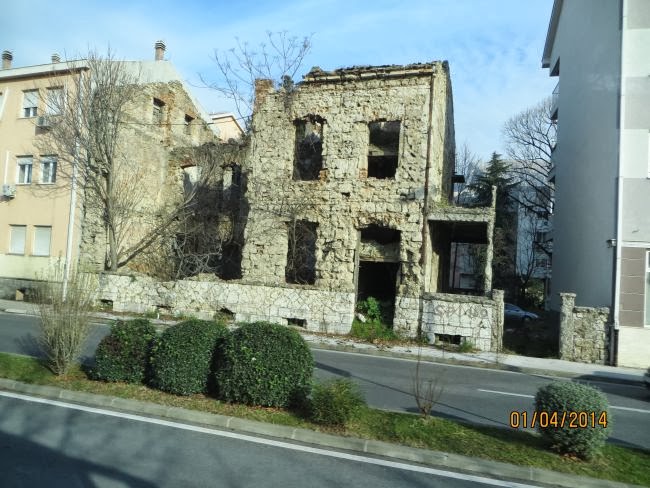 A building damaged during the Bosnia War, and was left as is so that people won't forget. Below is a Muslim cemetery. One can not help feeling sad with a heavy heart after visiting Mostar. 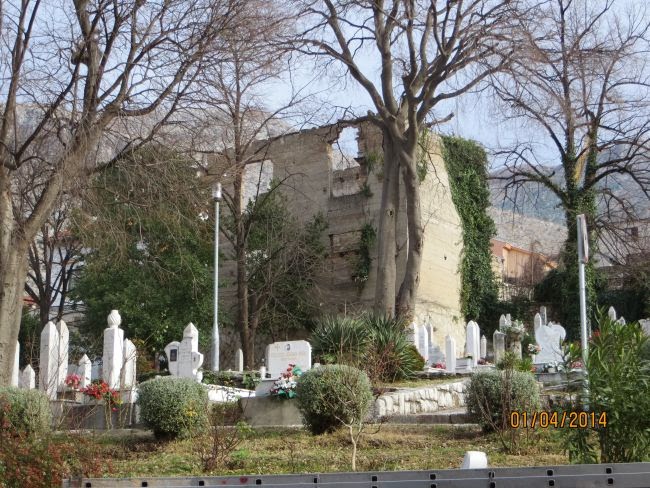 Posted by ChristinaH at 3:41 PM