I have looked forward to visiting Split, because of the retirement home (an Imperial Palace)built by Roman Emperor Diocletian for himself at the 3rd century.  This UNESCO World Heritage Site is the greatest Roman ruin in southeastern Europe.

As we approach Split: 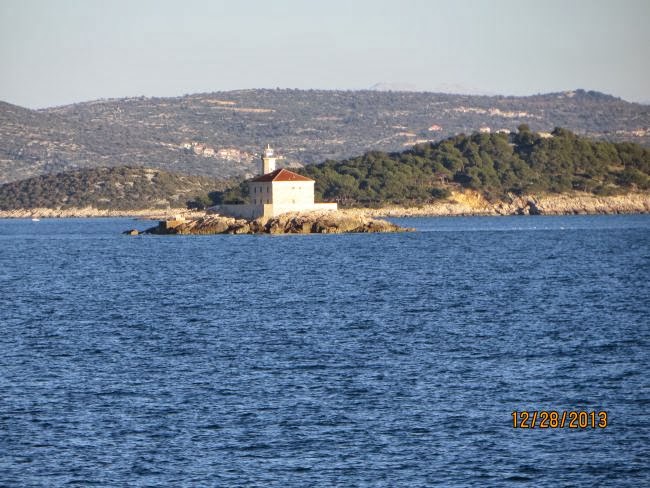 A map of the original Palace:  The side facing the water was Diocletian's escape route. 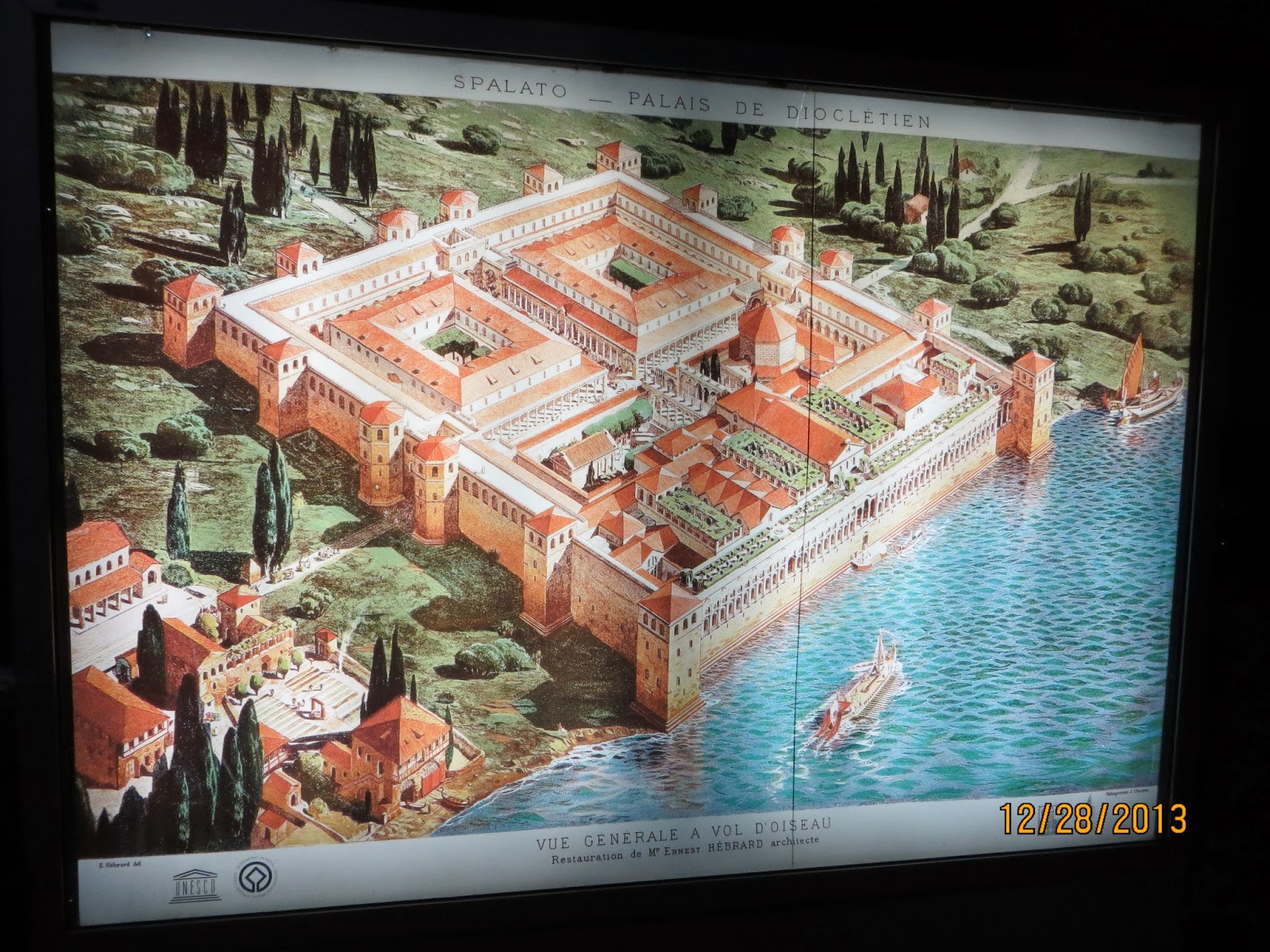 The following shots show some remained Roman structure of the Palace.  Then centuries after the death of Diocletian, Christian's took over the Palace, converted Diocletian's mausoleum into a cathedral. 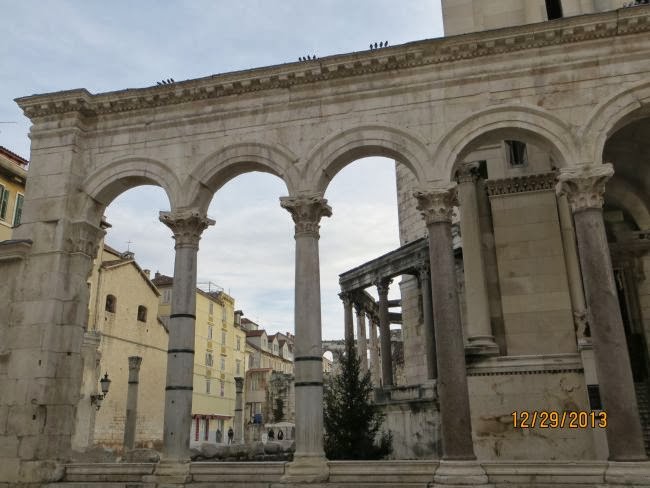 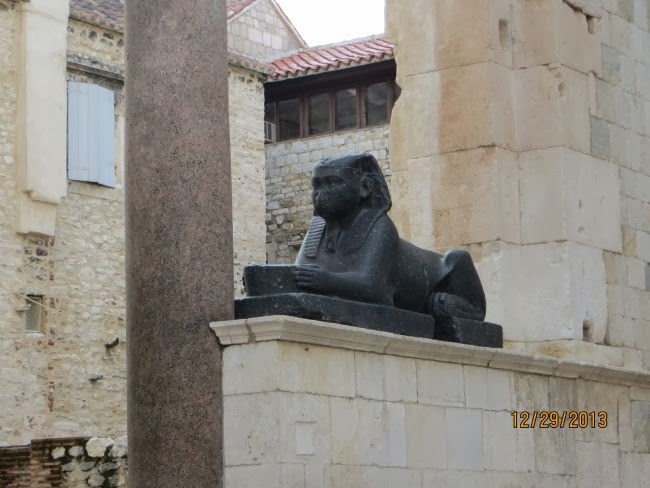 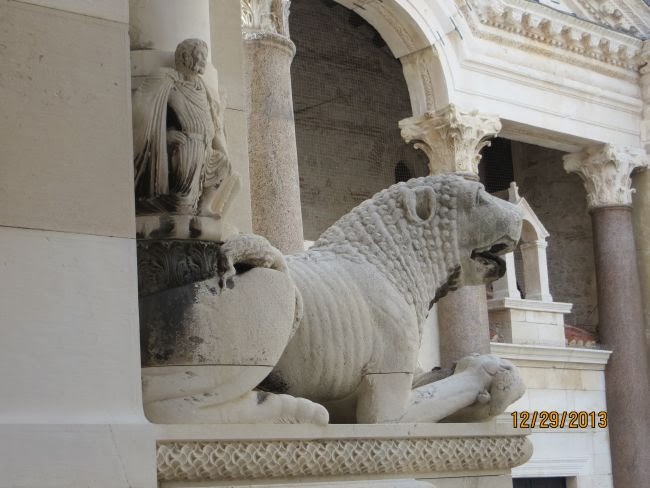 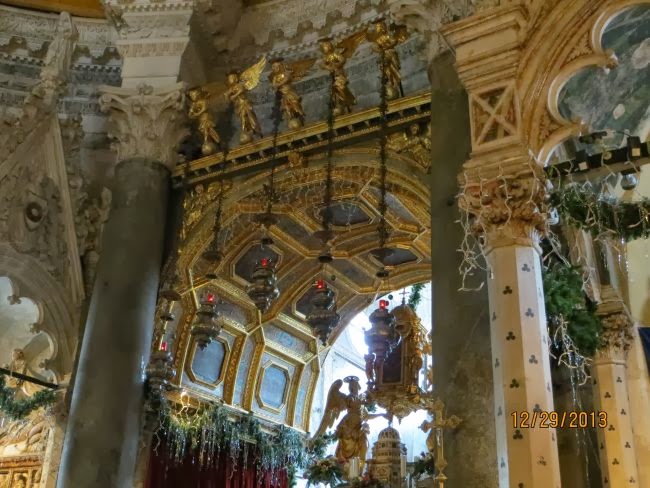 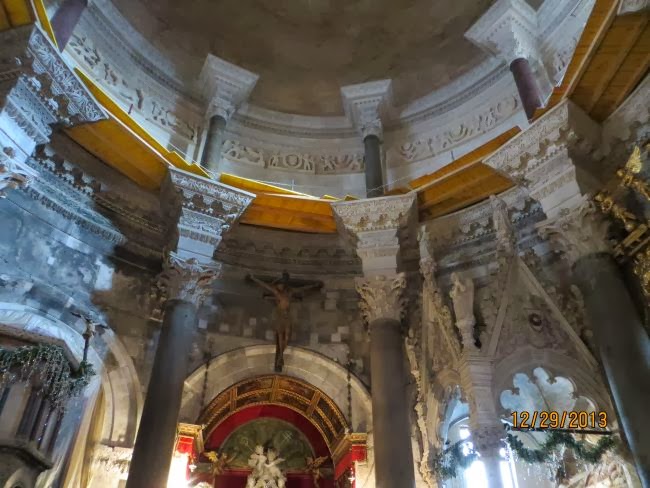 A nice carved wood bench in the cathedral: 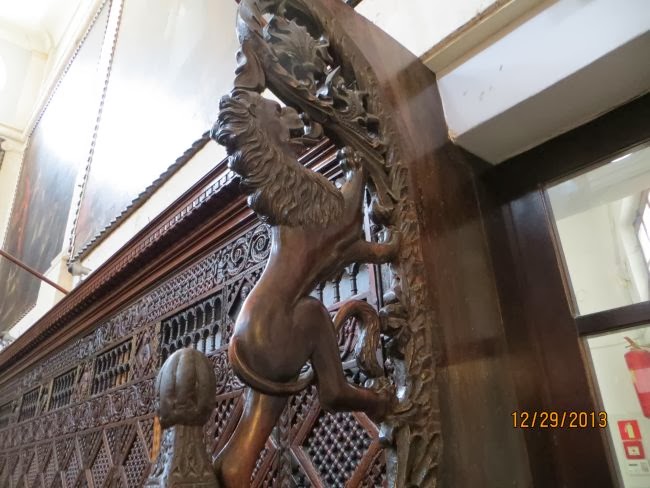 Diocletian was the last Emperor who persecuted Christians.  He actually executed right outside his mausoleum his wife and daughter, who were converted to Christian.
Later on, Diocletian's Temple of Jupiter was converted into a Christian baptistery.  One can see a statue of John, a baptism tub, all underneath the ceiling of faces of Jupiter. 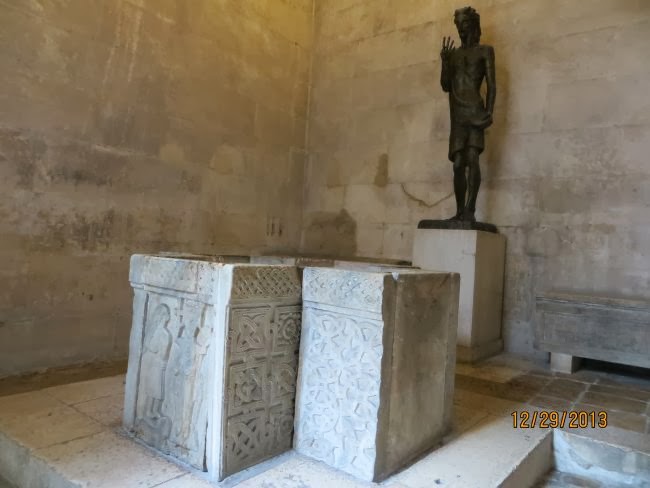 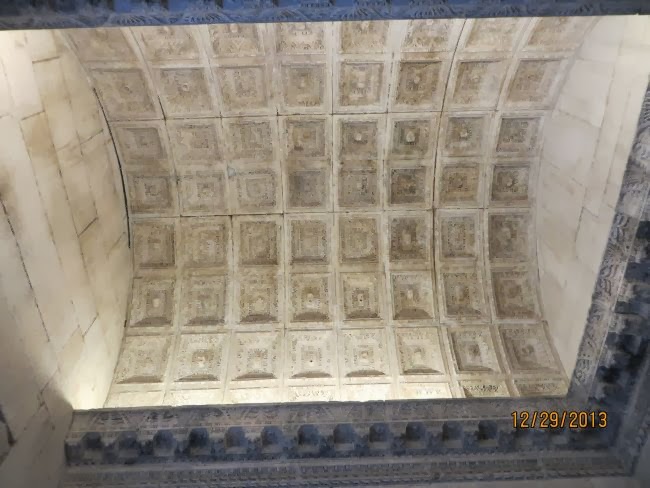 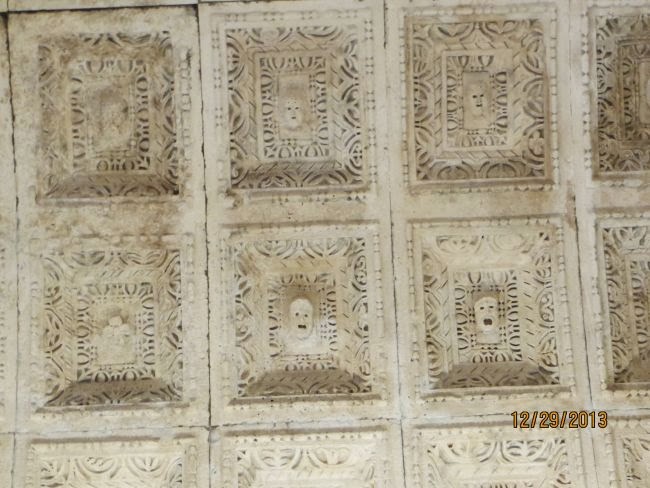 Over the centuries, squatters built various dwellings inside the Palace, and the original Roman structures were cramped by other medieval structures, as until even today. 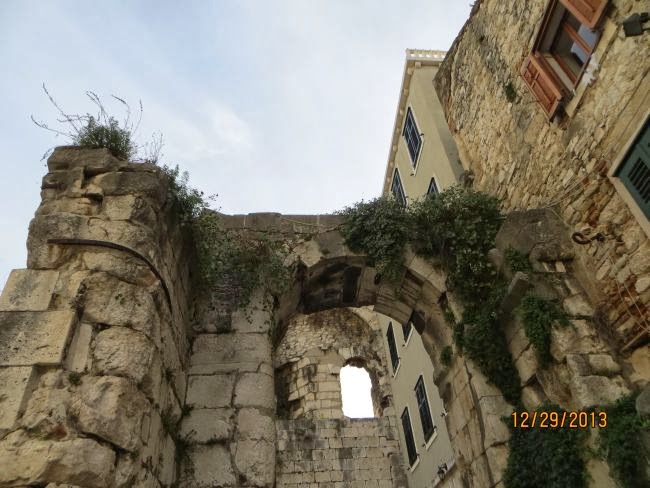 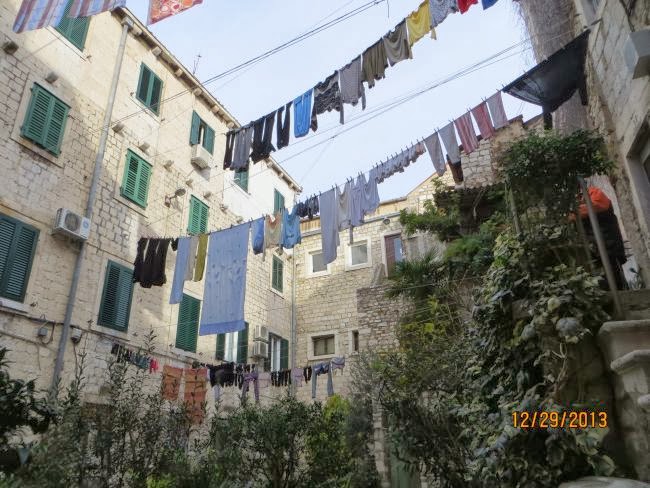 Now Split is also affected by the western culture, and western music was played on this outdoor stage as part of the Christmas celebration, to an audience sitting/standing under the Christmas lights. 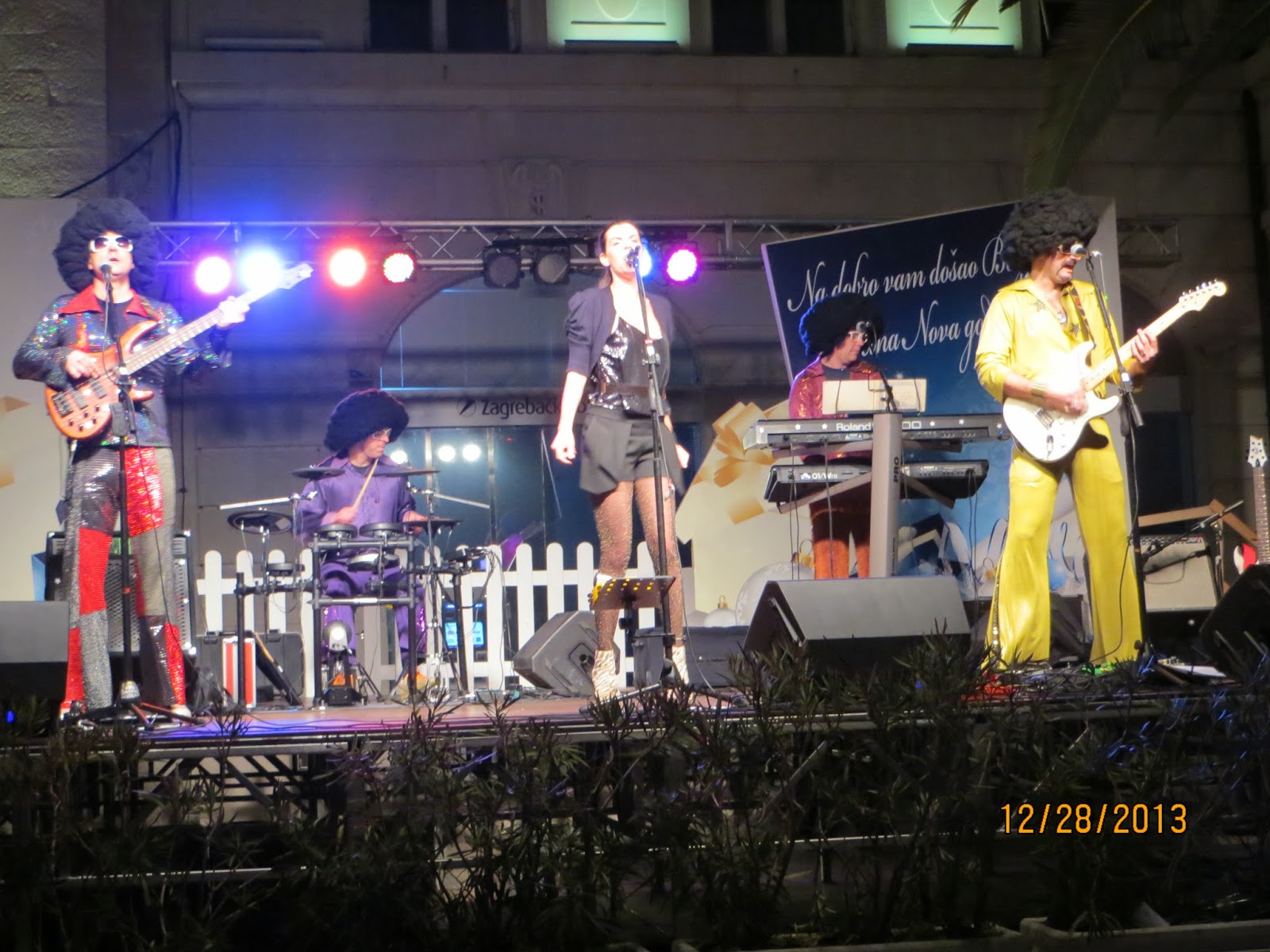 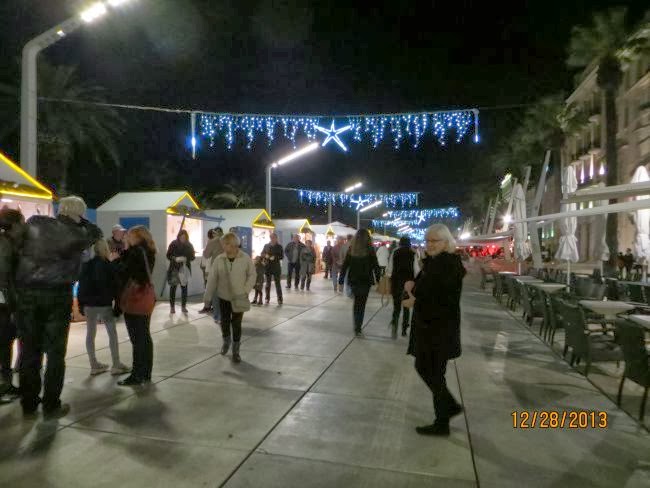 While back on our ship, we watched young dancers in traditional costume performing for us: 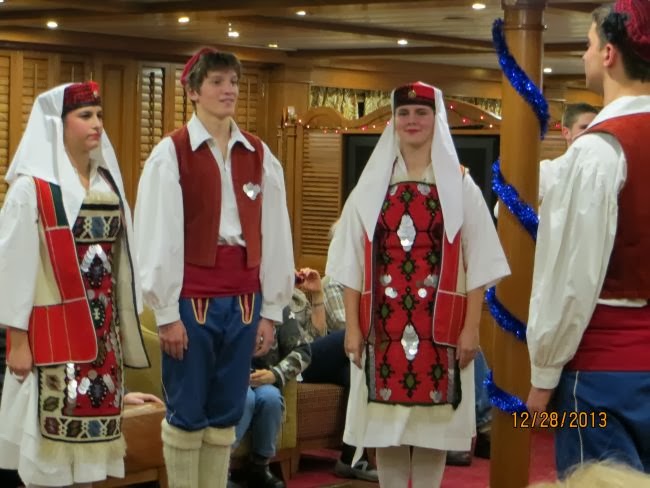 Posted by ChristinaH at 5:27 AM