according to legend, St James, one of Jesus's apostle brought Christianity to Iberian Peninsula.  James was beheaded in  Jerusalem. His remains was later brought back to Galicia. His tomb was abandoned in the 3rd century, but was discovered in 814 AD by a hermit.  The hermit was guided by strange lights in the sky.  The then Spanish king Alfonso II ordered the construction of a chapel at the site.  Construction of the present cathedral started in 1075 under Alfonso VI Castile.  Camino de Santiago - The way of James has been,  since middle ages, a pilgrim route with the cathedral of Santiago being the final destination.

We walked the last part of the route toward the cathedral: 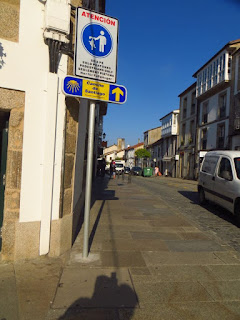 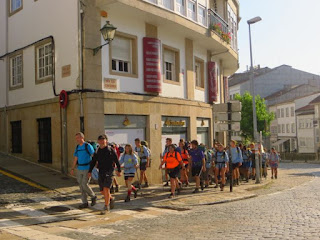 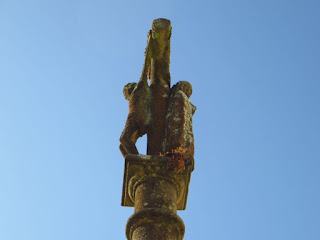 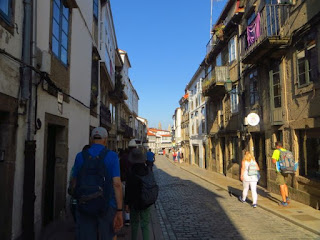 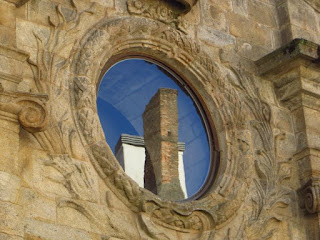 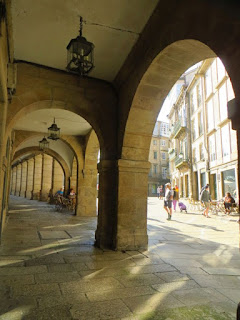 Other pilgrims.  The Spanish prison system for teenagers would at the end of the imprisonment including a walk on the El Camino trail. 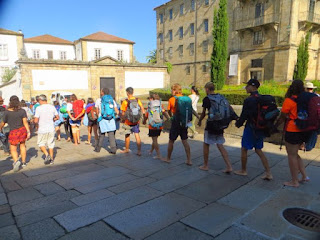 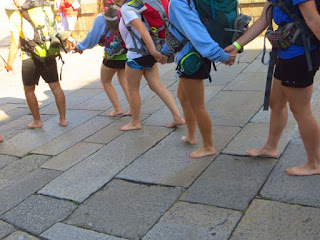 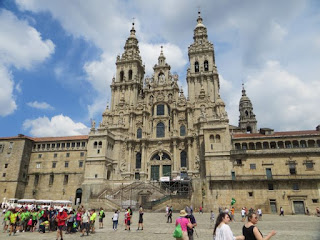 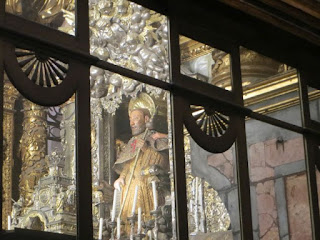 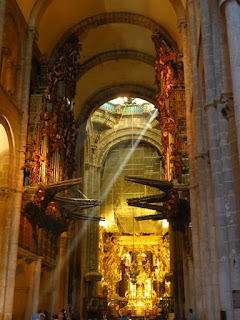 Santiago has become too much a tourist town these days with way many shops and eateries. 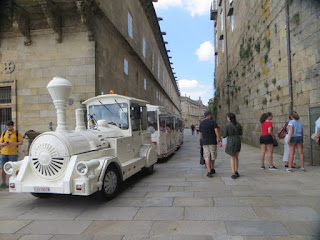 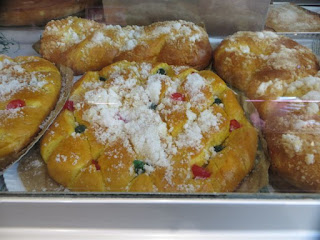 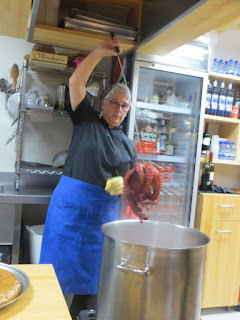 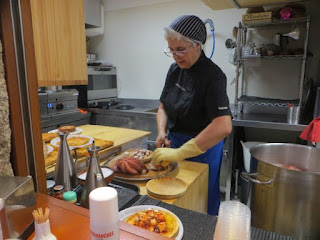 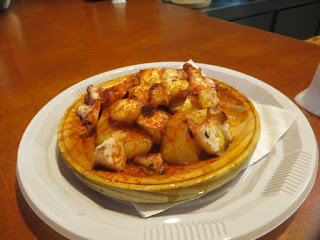 We visited an archaeological museum because Carmen mentioned that the museum has a most beautiful spiral staircase: 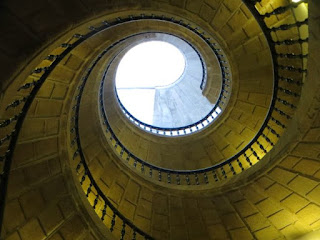 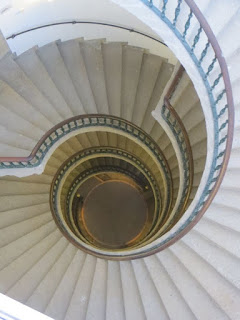 It was two spirals winds together like a DNA helix.  Each helix takes you to a different floor. 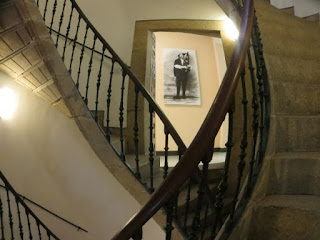