Our ship was docked at Arles in the river of Rhone, waiting for us to board.  From the ship, one can see the familiar sycamore (actually a cousin of sycamore) trees found in Van Gogh's paintings.  A bridge remain behind the ship in the distance was a result of alien's bombing in WW War II. 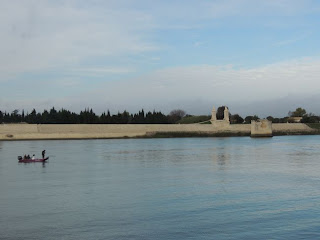 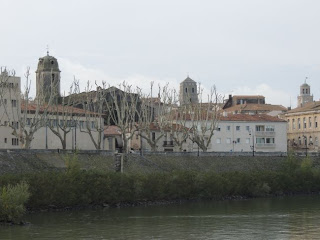 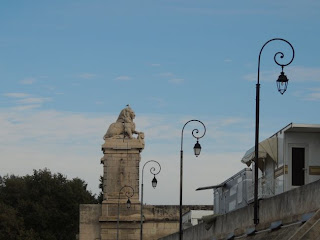 One would simply say that the color of Arles is so Vicent Van Goghish.  The artist lived in Arles in 1888-89, and painted 300 paintings and drawing during his stay.  (25% of his total paintings).  He also lost his left ear here and stayed in a hospital, where he painted another famous painting of his. 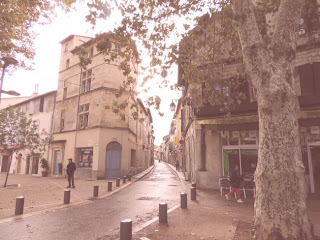 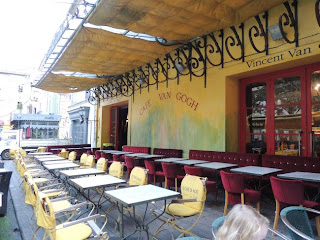 Van Gough's painting of "Cafe Terrace at Night" looked as below: 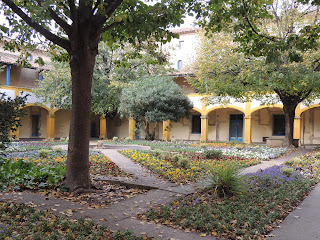 Arles was designated as an Unesco World Heritage Site in 1981.  Ruins from the Roman empire could be found in many places. 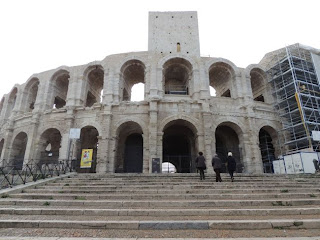 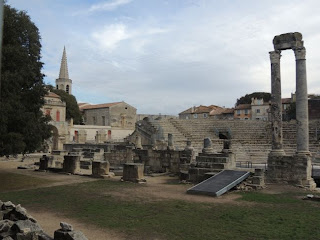 We took a walk tour started from the Place de la Republique, which is the main square of Arles. The 20 meter tall obelisk (made of red granite from Asia minor) in the center of the square was originally erected in the 4th century by Constantine II.  The fountain was designed later in the 19th century. 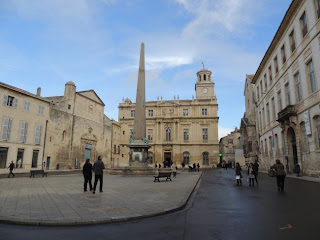 The front of the Abbey (located to the right of the above picture) showed detailed carvings concerning salvation, disciples, believers go to heaven and disbelievers go to hell with feet on fire. 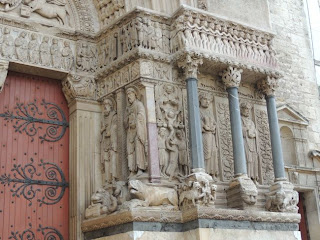 Posted by ChristinaH at 1:04 PM