Lyon is historically known as an important area with the production of weaving silk.  Now is known as the capital of gastronomy.  As soon as we docked, we received a presentation of silk printing from a local owner.  one print he showed was a history of how silk came from China to Lyon via silk road. 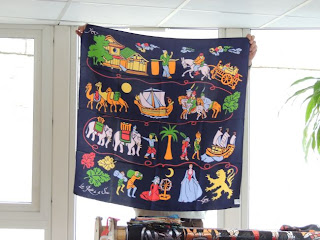 Then he also demonstrated the hand painting on a silk and ryon material. 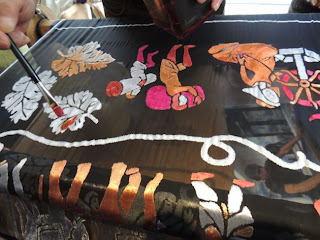 To save money, we did not try any restaurant at this capital of gastronomy, but we bought some chess and bread. 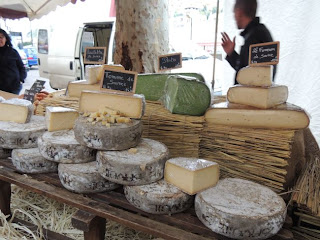 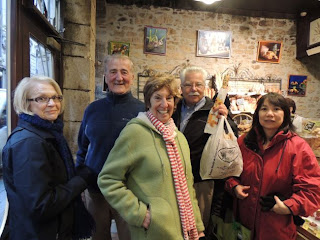 As well as tasted some olives from the farmer's market: 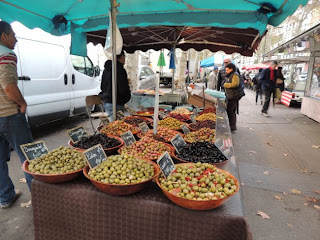 A lieutenant of Caesar built a Roman colony at the Fourviere hill. One can see the remain of some ruin.  The Basilica of Notre-Dame de Fourviere on the hill now stands high and attracts a lot of tourists.  Lyon is also a UNESCO world heritage site. 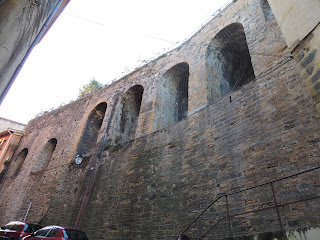 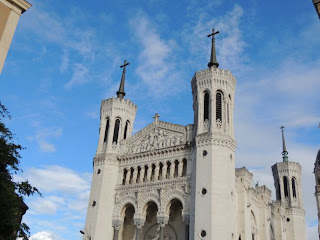 The Rhone river and Saone river converge at the south of the city.  The river is not wide and it was fun to walk back and forth a number of bridges.

Murals the Lyon way are quite interesting.  From afar, one might think this is a building with lots of windows.  But come closer, one finds that they are all murals with different stories.  I like it that my favorite Little Prince is right up there with the others. 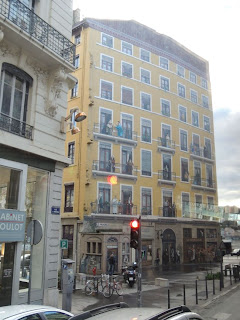 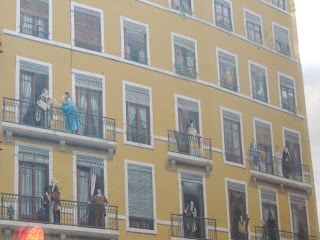 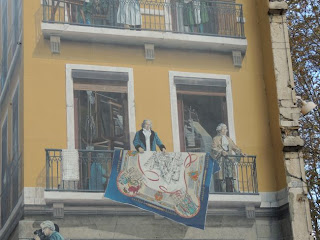 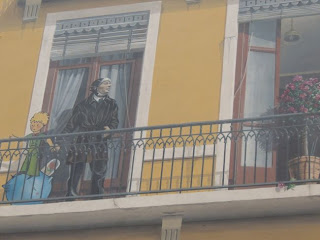 One can also find a mural of library books on another building: 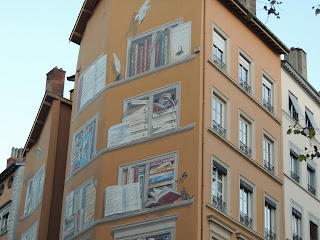 Numerous secret passages exist in the old town.  one enters one door one one street and come out at another door on another street.  The French resist ants had used these secret passages to meet and plan strategies and operation during WW War II. 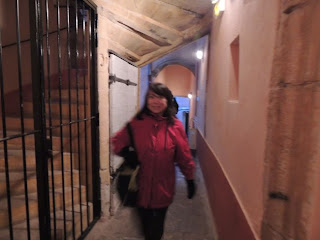 Glorious or sad history is one thing, to enjoy the moment is my thing: 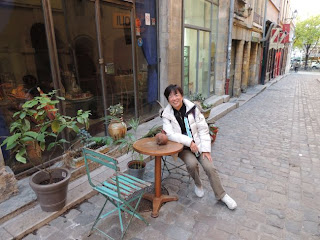 When we left Lyon and our ship Provence, we said good-bye to the captain and the crews and the flower tree of Lyon.  The last part of the journey was by bus. 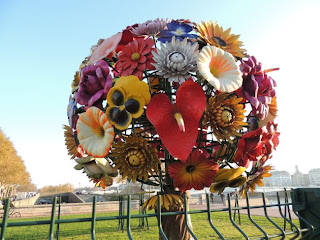 Posted by ChristinaH at 2:48 AM