The young Ameiricans who lost their lives to defend liberty

We visited the American army cemetery in the town of Draguignan, en route from Nice to Arles.  Many American soldiers died on the D-Day of Southern France.  The Southern France landing was intended to provide supplies to General Patton on the North.  Many tome stones remain nameless.  The group stood silently to pay respect to those brave soldiers, and listened intensively to the a piece of the history.

The war map, showed landing on the east side (higher hills) of Southern France. (The western side, although with lower hills,  was too swampy).  The supply were transported through the valley in the middle. 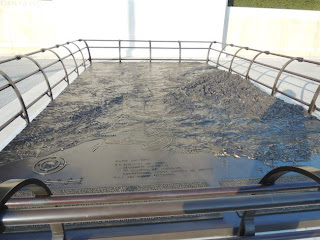 A beautiful mosaic was hang in the chapel.  One side showed grieved parents bending in front of marbled cross and cross of star of David (Jewish soldiers), the other side showed Henry the IV of France who led the crusaders.  The link was based on Eisenhower's statement that US's involvement in WW II was a crusade. 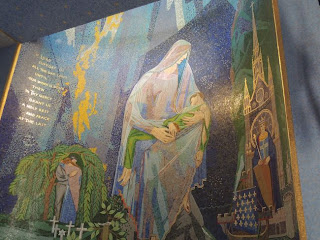 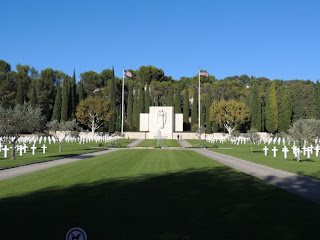 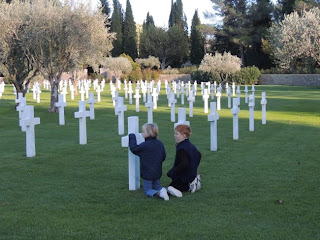 Posted by ChristinaH at 5:36 AM