Another brief stop in Florence

This is the third time I passed by Florence.  Each time was in a hurry, and each time I saw just a bit surface of the city.  It was so crowded even in the light season when we were there.  But one has to admit how impressive is the city.  Our first stp is at the Basilica di San Miniato al Monte, founded in 1018.  It is in very good shape, and allows one to have an overview of the north side of the river from above. 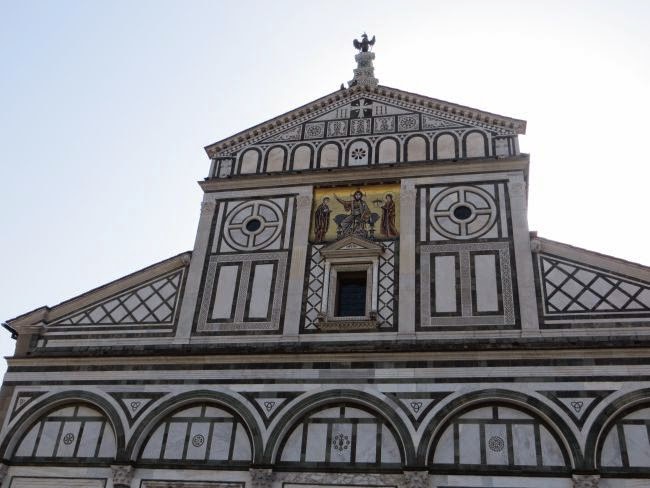 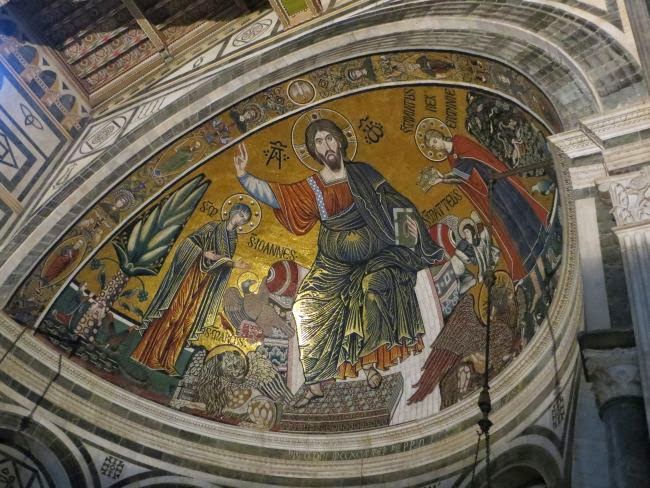 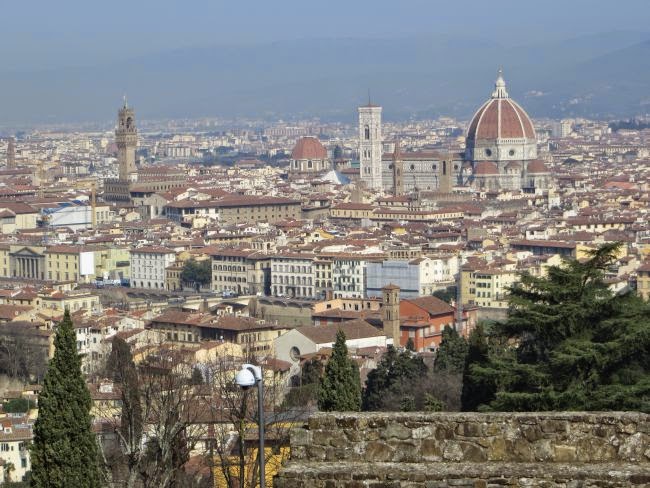 From the hilltop we walked down to the old gate entering the city.  We passed a rose garden where sculptures by Jean-Michel Folon (from Belgium) were there for passengers to enjoyed.  I like the following two especially, since they reminded me of a Chinese saying "read tens and thousands of books and travel tens and thousands of miles to open ones mind...." 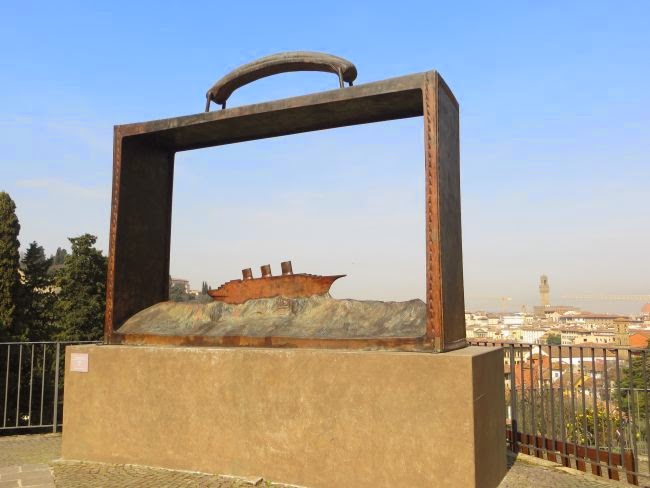 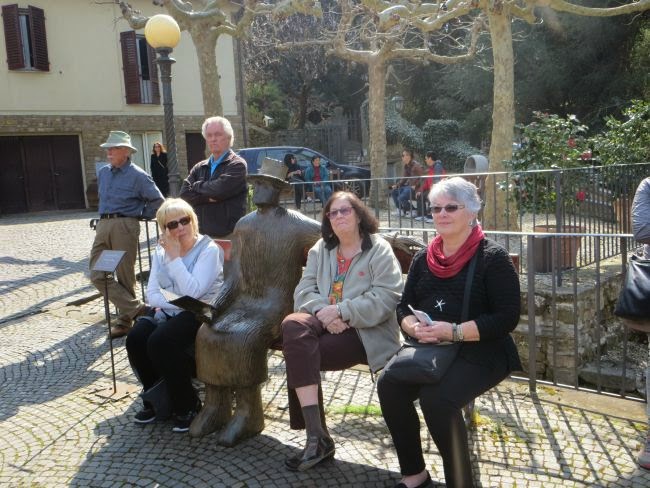 By the suitcase sculpture, we met an 80 year old Italian man, Franco.  He talked about his experience during WWII, when he was only 6.  German soldiers occupied the north side of the river, and alien soldiers on the south side of the river.   Germans blew up all the bridges except one.  Then Americans liberated them all.  Americans gave them chocolates, chewing gums.  His Mom remembered fondly the nylon stocking, and American records.  4400 American soldiers were buried here.  And in August every year, they still celebrate and remember the day of liberation. Americans in that generation had done something good, and was loved and respected by many people in Europe. 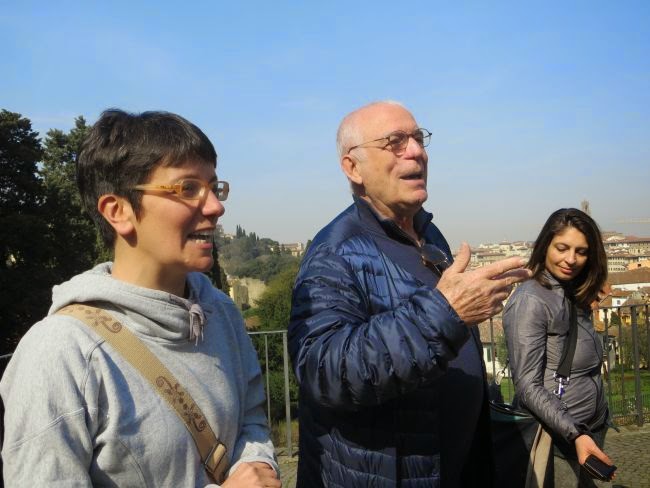 Robin, Dino, Susan and I decided to skip any museums as we were really short of time.  So we just wondered around town on the north side of the river, then crossed the bridge to the south side and back.  We got to see the outside of Cathedral of S Maria del Flore up close: 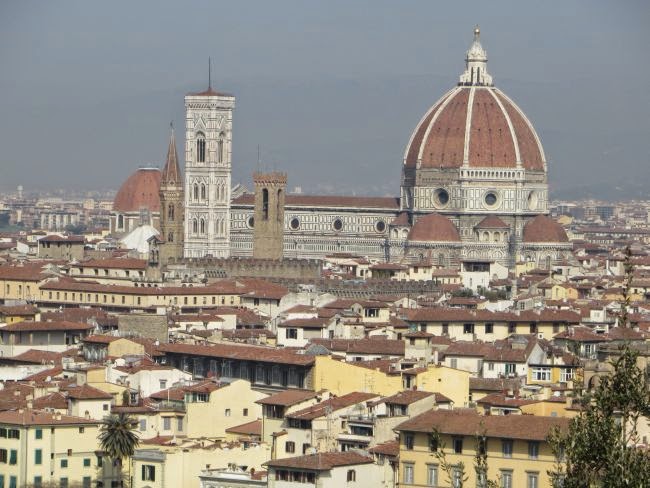 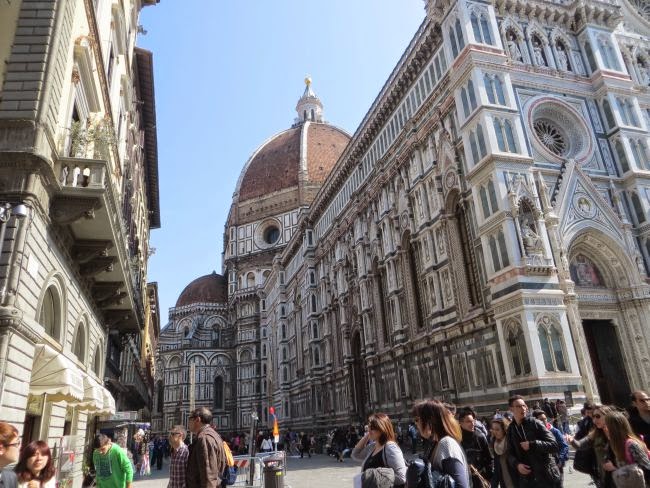 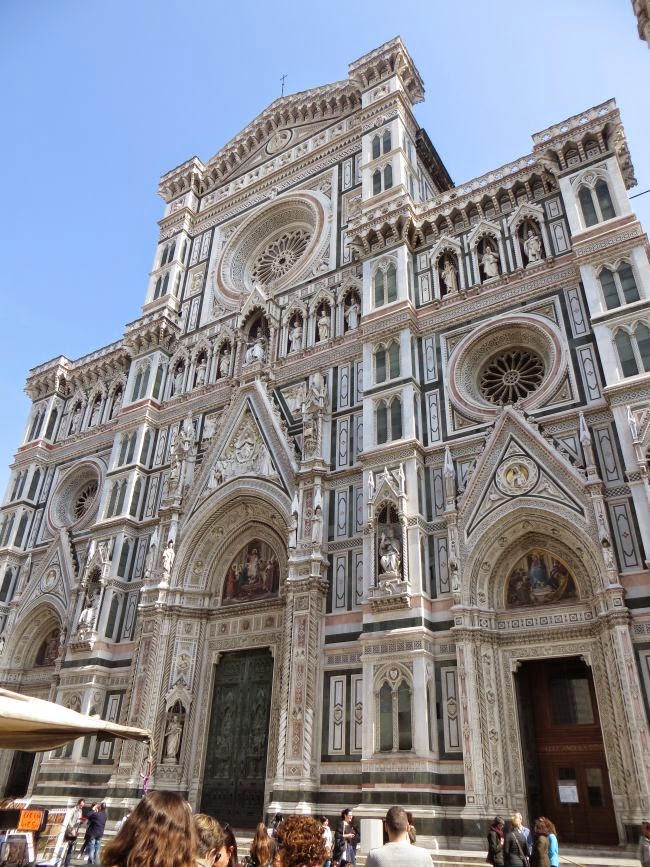 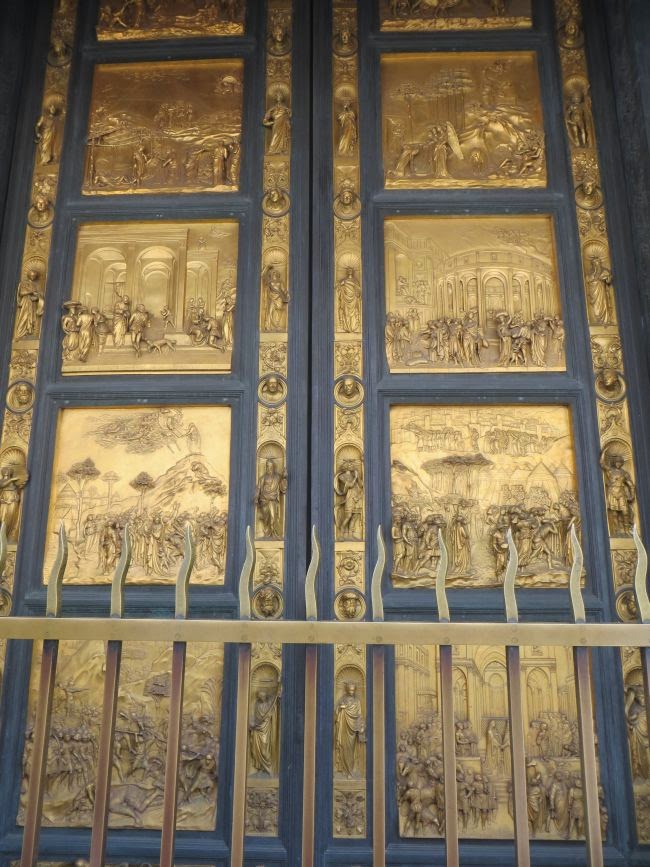 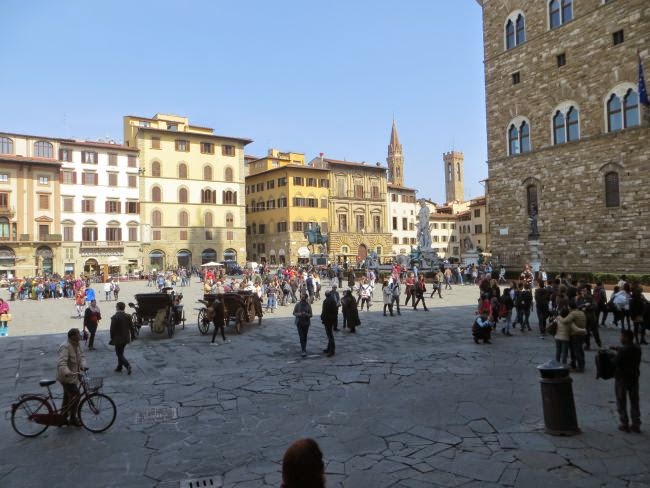 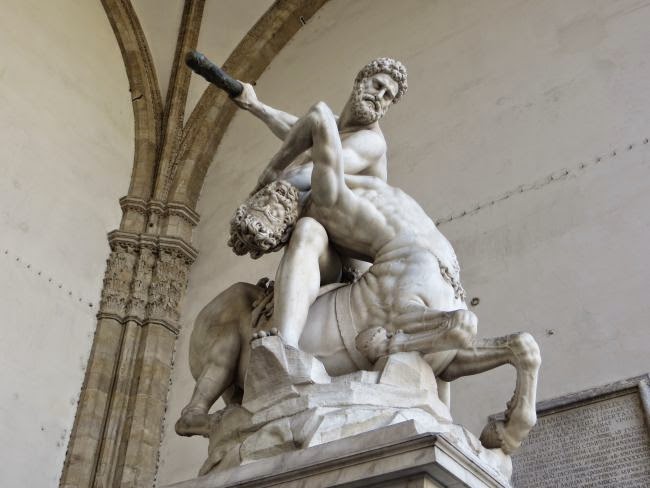 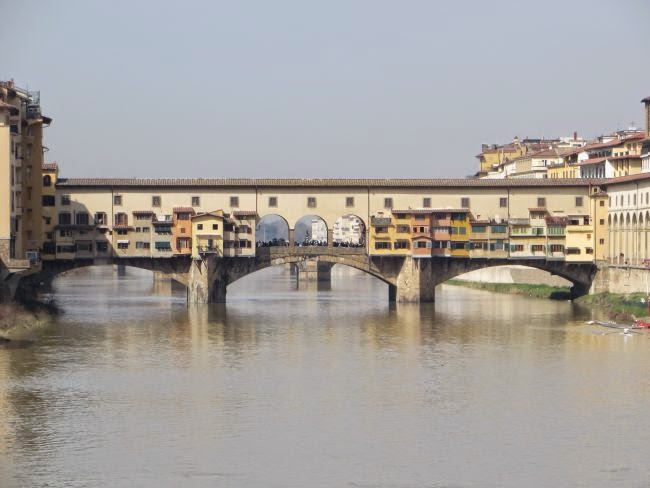 We had lunch at the Pizza del Marcato Centrale: 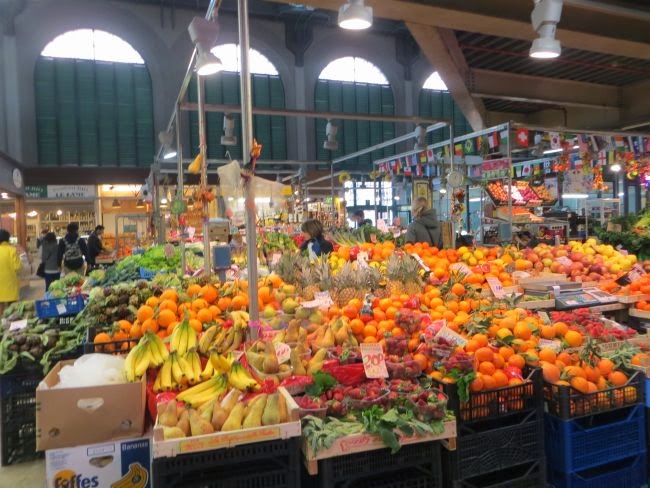 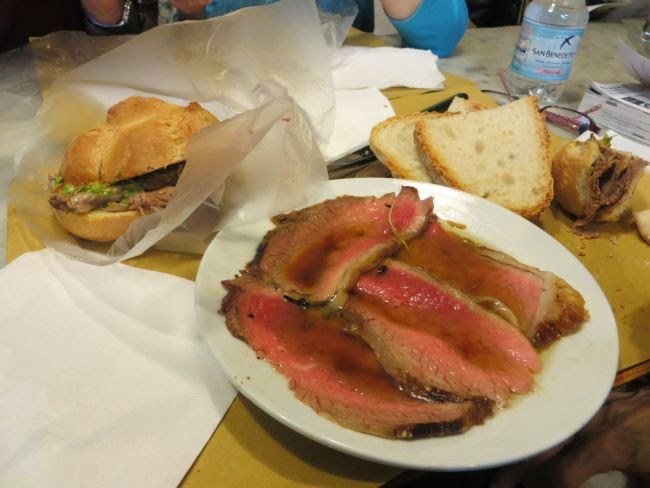 And we witnessed the recycling system in action.  Florence is very good with all sorts of recycling, and obviously invested well in the system: 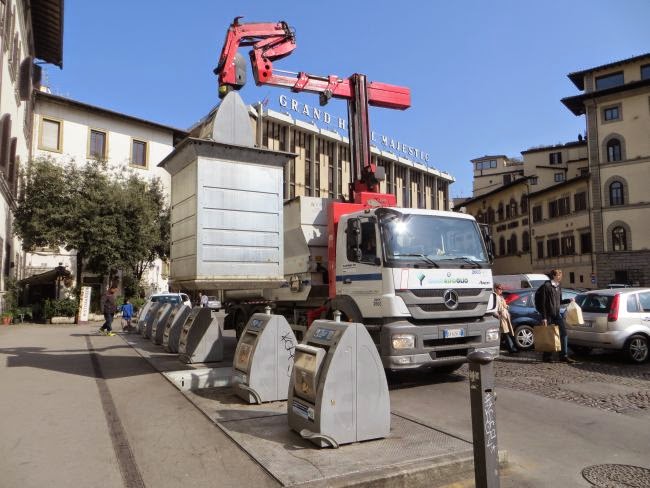 At last, our tour of Florence ended with a visit to the gelato shop.  Life is good when one has a gelato cone in hand! 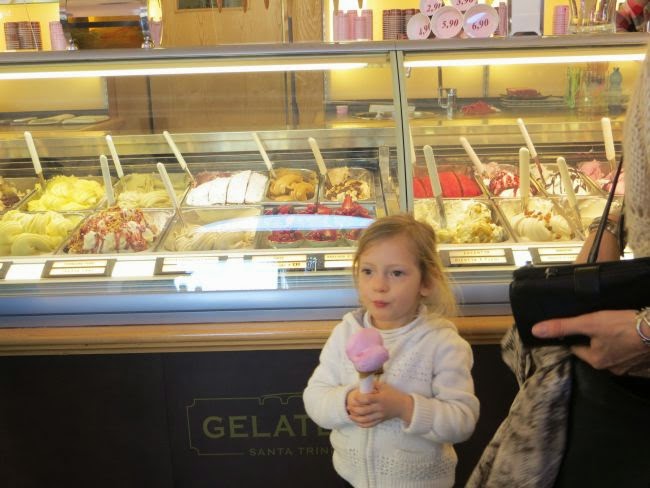 Posted by ChristinaH at 7:38 AM