Lake Trasimeno and Assisi in Umbria

We bid farewell to Tuscany and venture Umbria.  The visit to Trasimeno was interesting but not too exciting.  This is the 4th largest lake in Italy, and does not have any outlet.  Etruscan and Roman had once fought along the shore.  A couple of plants caught my eye.  But no one knows its name.  We had lunch at the Isola Maggiore, which has 16 residents. 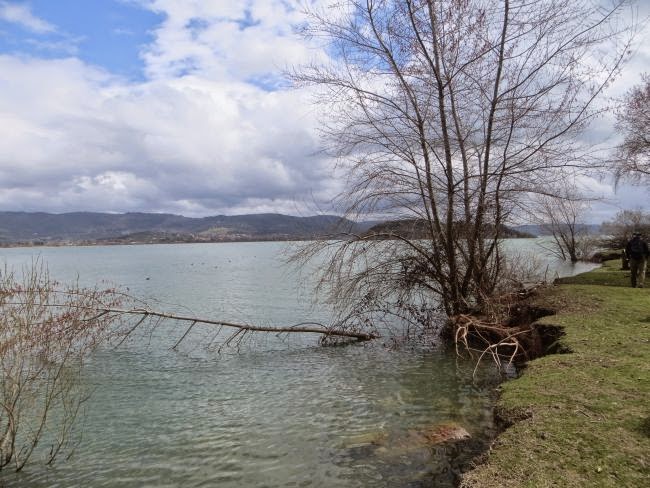 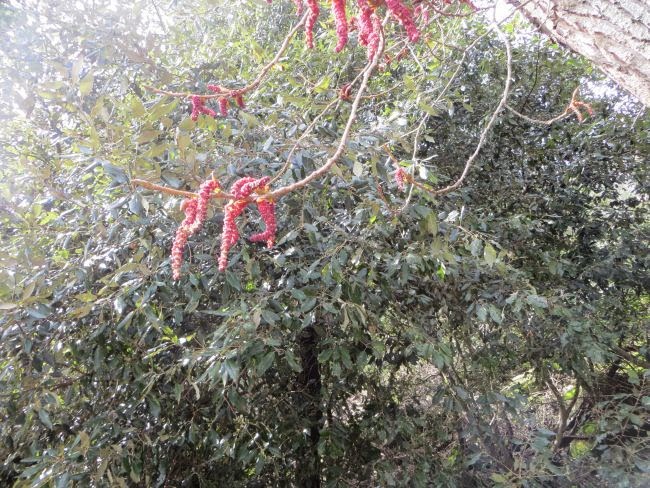 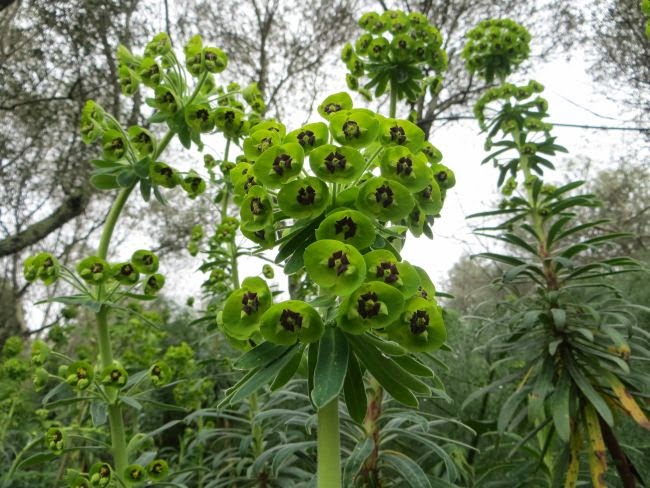 Assisi is the town best known for the legacy of St. Francis and his followers.  We visited the 13th century Basilica in his memory.  I was delighted to see the fresco done by Giotto in the upper church.  Giotto was the first painter in the middle age who added the three dimensional feel and human emotions to painting. No photo taking was allowed inside.

Assisi from a short distance.  The Basilica is on the left. 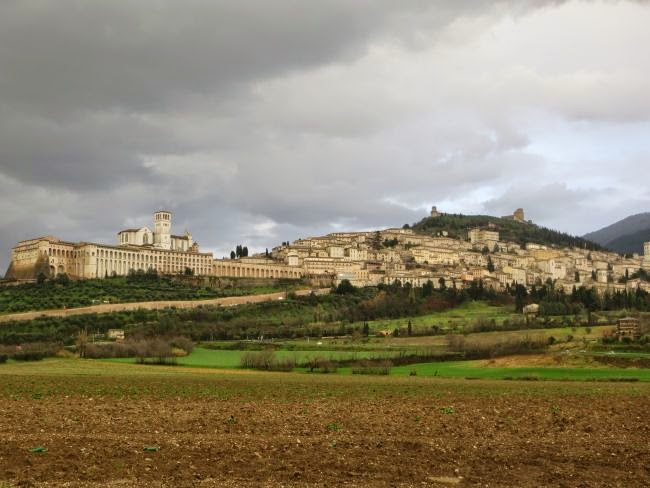 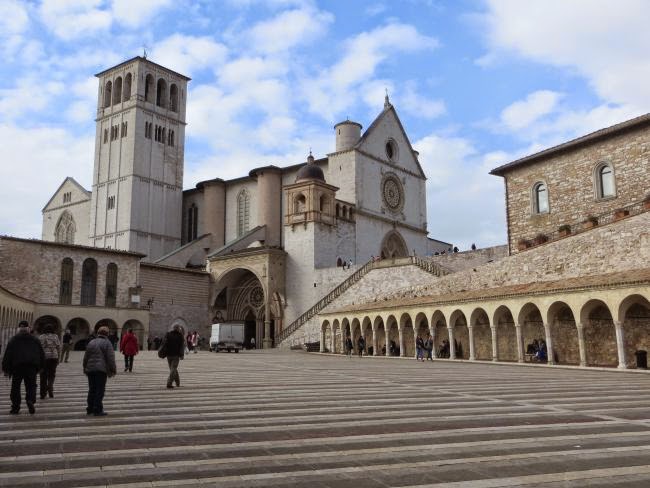 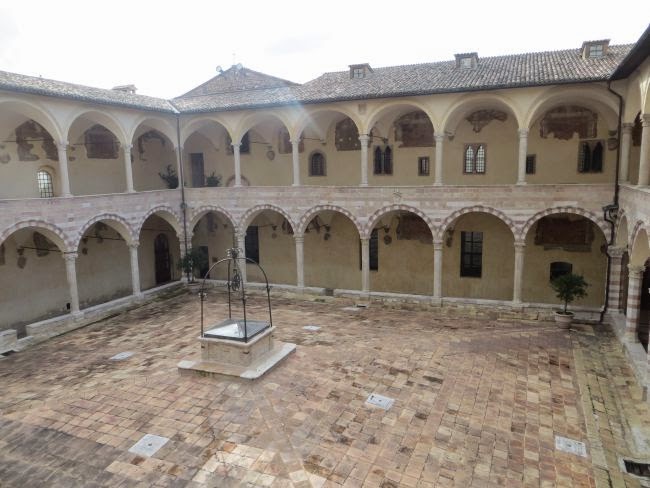 The street of Assisi: 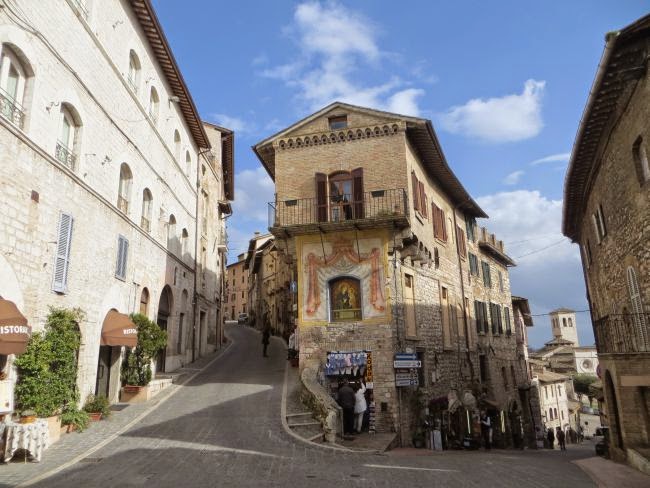 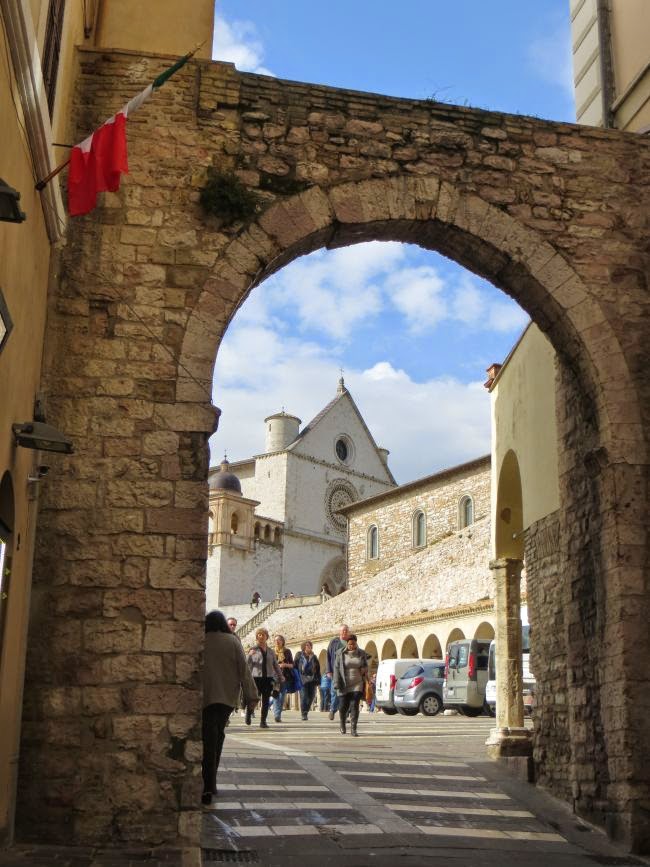 There was pouring rain and hail while we were in Assisi.  We decided just to leave for Trevi, where we stayed for the following three nights.
Posted by ChristinaH at 9:50 AM