We stayed three nights at the Villa Sabolini in the Chianti countryside.  Villa Sabolini was delightful and served lovely breakfast buffets and delicious dinners.
The court yard of the Villa: 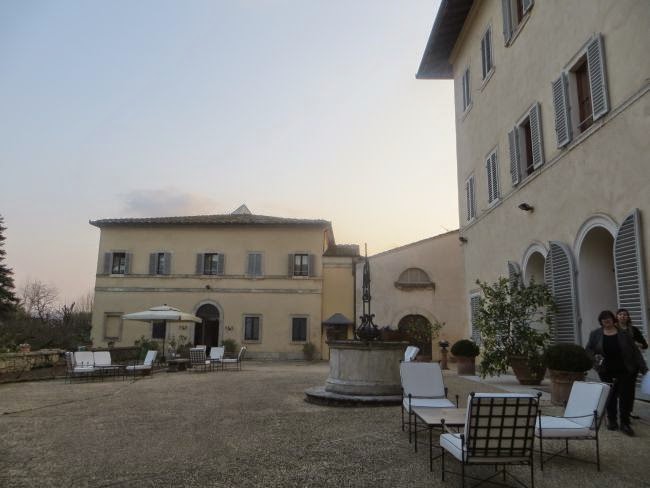 A baby Grand sits in one of the living room: 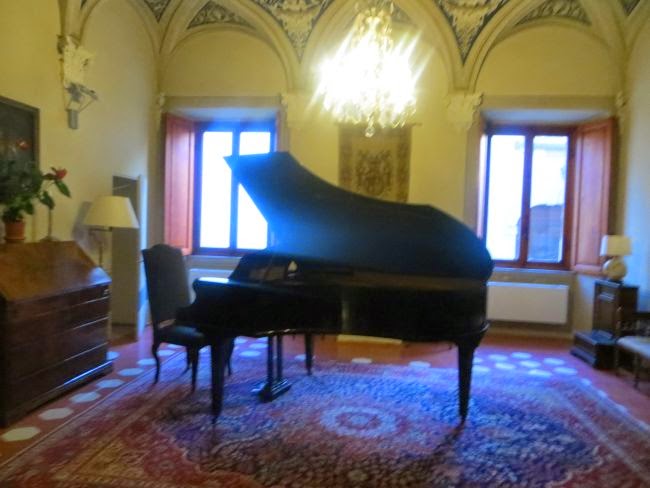 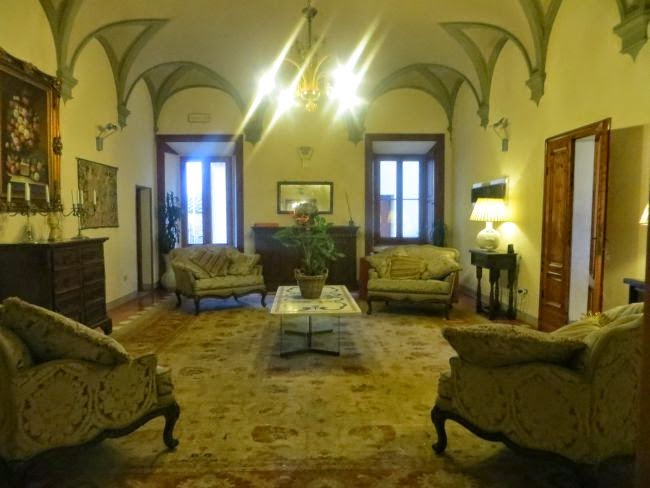 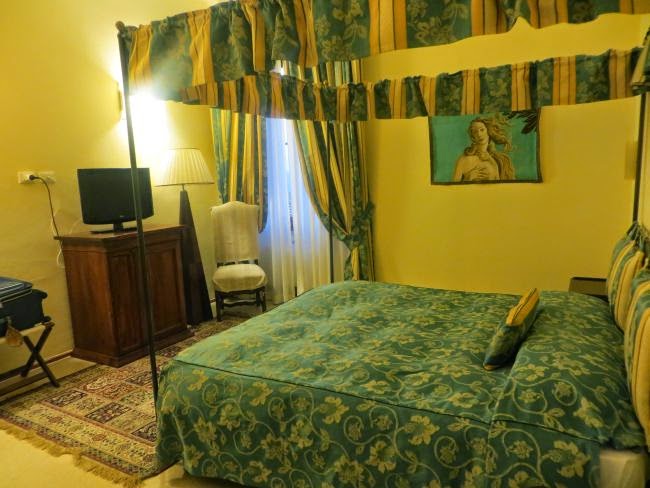 I can see the countryside from my window: 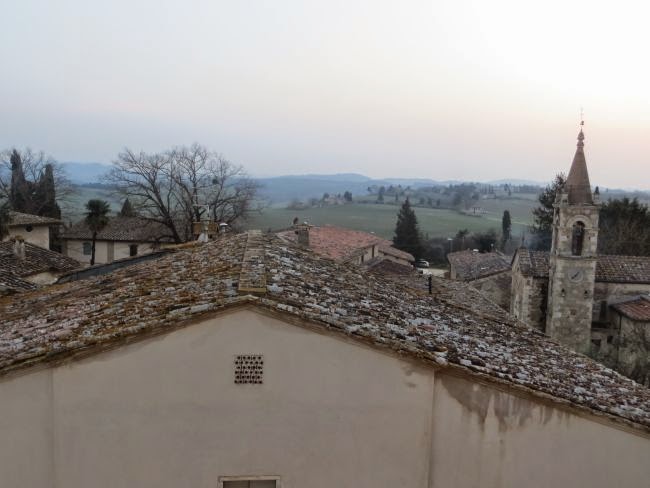 San Galgano who was a legend even before King Arthur.  San Galgano gave up his secular life by thrust his sword into stone, and became a monk in Montesiepi.  A monastery was built in the 13th century and now sits in ruin. 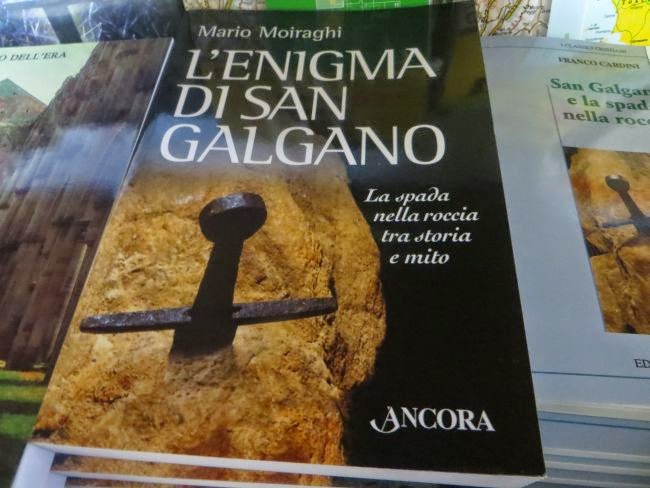 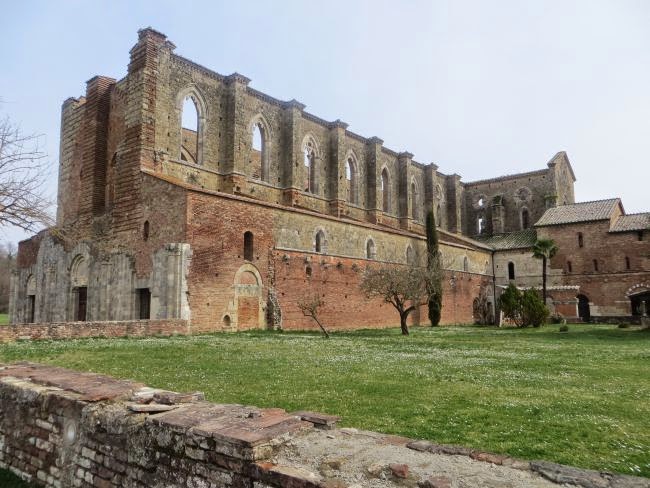 We hiked a portion of the Via Francigena, an ancient road and pilgrimage route that once connected Europe's largest cities. We saw some beautiful scenery along the way. 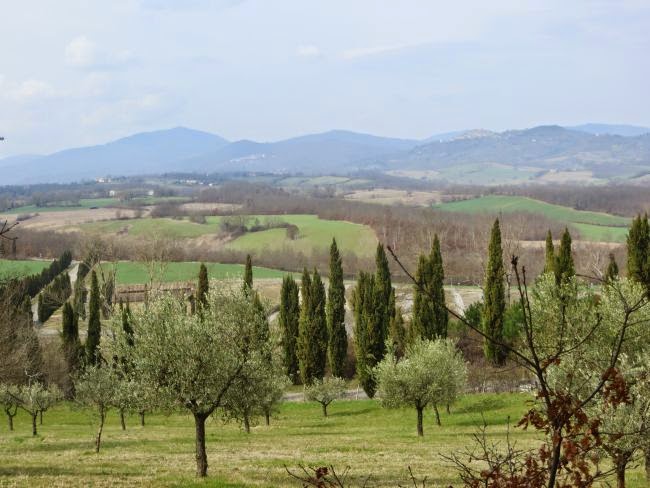 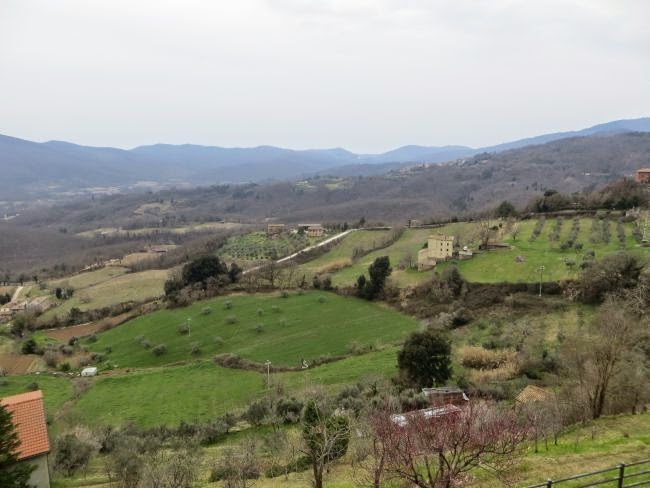 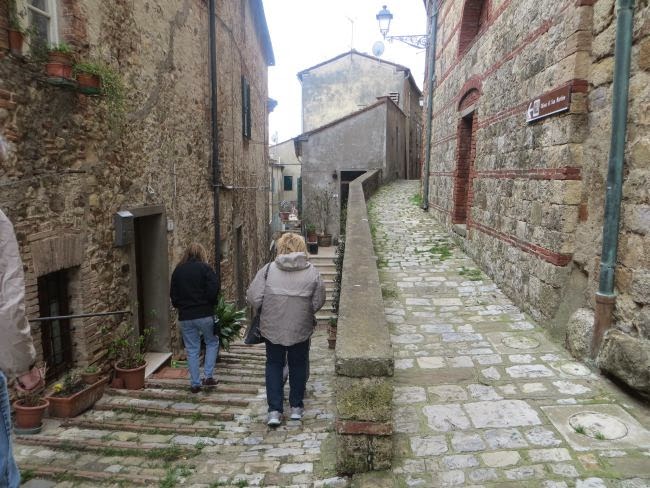 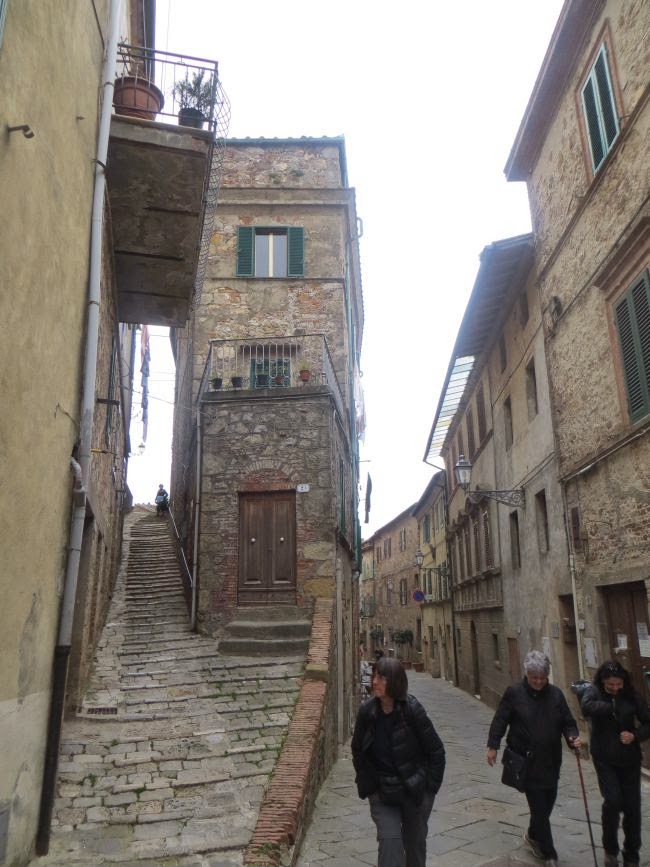 But we had a very interesting lunch in a family run restaurant.  The mom cooks and the daughters serve the tables.  The meal took at least 2 hours and indeed was an experience of slow life style.  I had the most delicious Spinash Cheese balls for the first time. 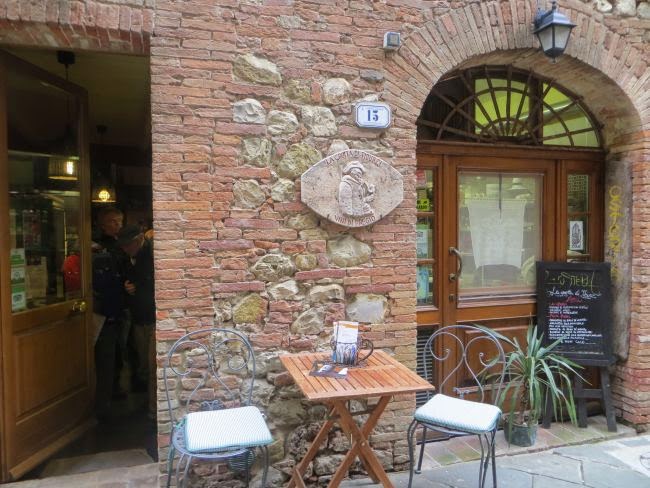 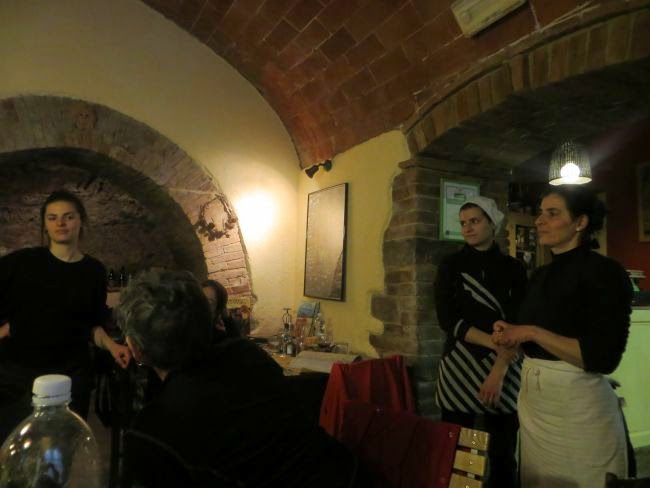 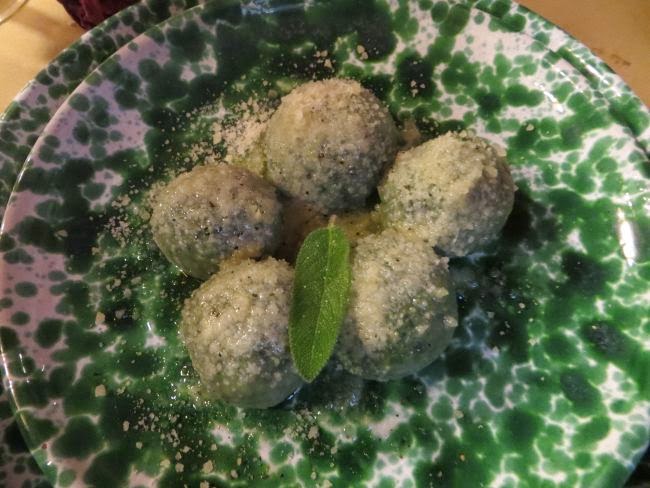 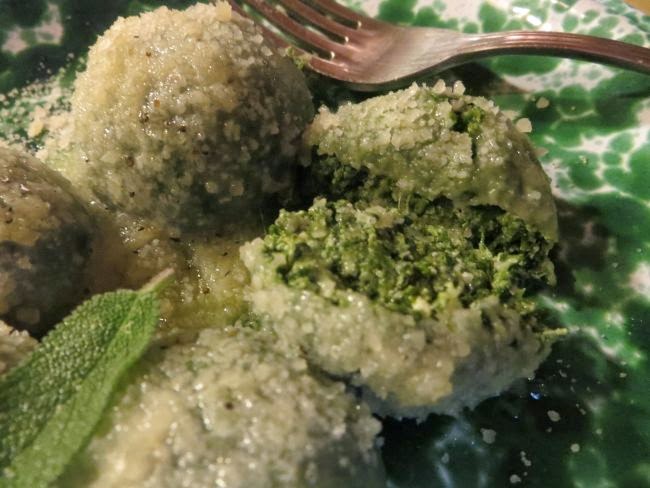 On the way back to the Villa, we stopped at Citta di Colle Di Val D'Elsa for a little stroll.  I bought a deck of cards with Tuscany scenery.  Much to my delight, I also spotted an Italian cousin of Bowtie: 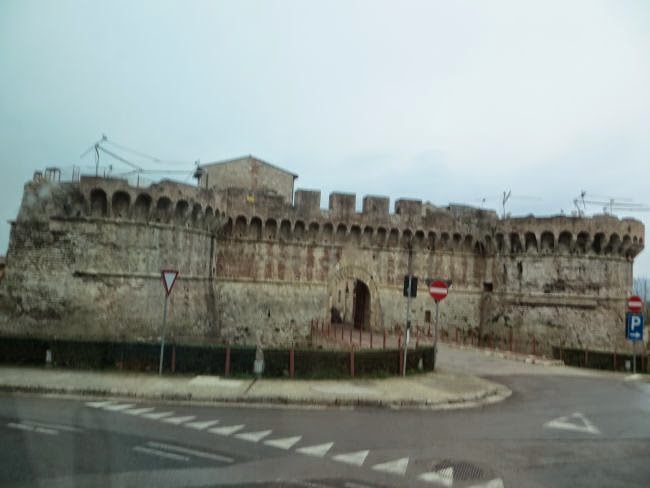 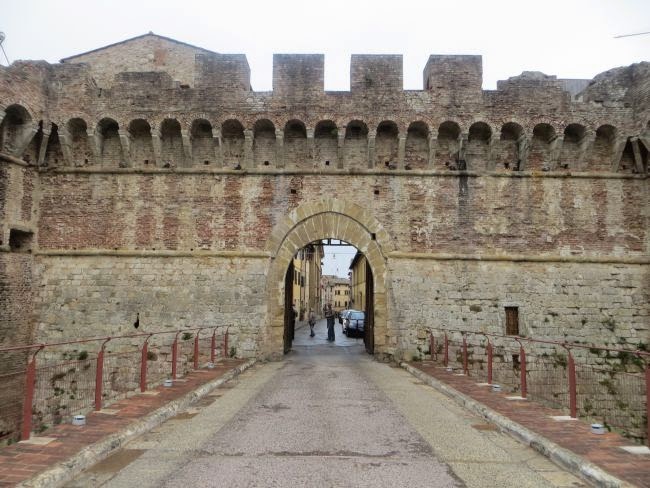 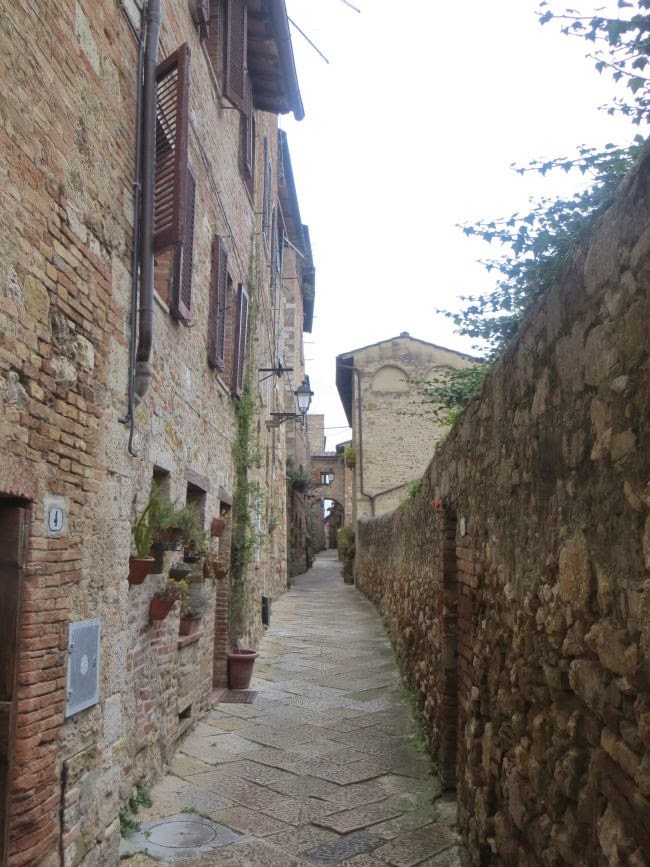 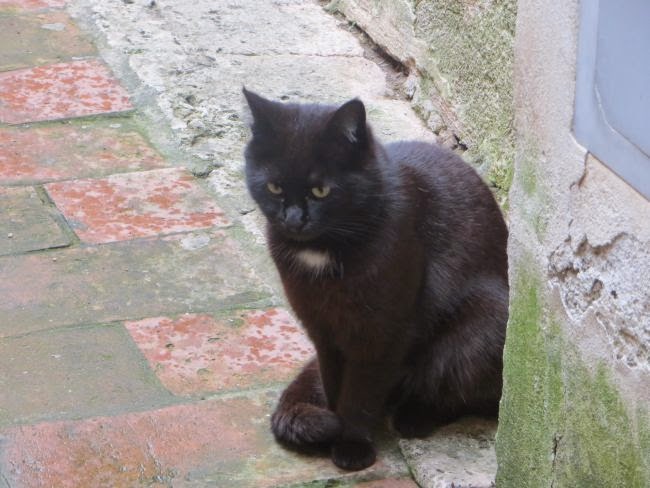 Posted by ChristinaH at 9:50 AM