The City Wall of Lucca

Romans established the town in about 180 BC. And the thick walls that encircled Lucca during the Renaissance era stand strong today. I biked on the wall with the group, and later walked the entire circle of the wall with Robin and Dino. Robin and Dino are a couple from Kansas, the only couple in the group who are not retired.We hanged out and walked Lucca extensively. We were the only three in the tour group who climbed two of the many towers in Lucca. The map below shows the thick walls encircle Lucca: 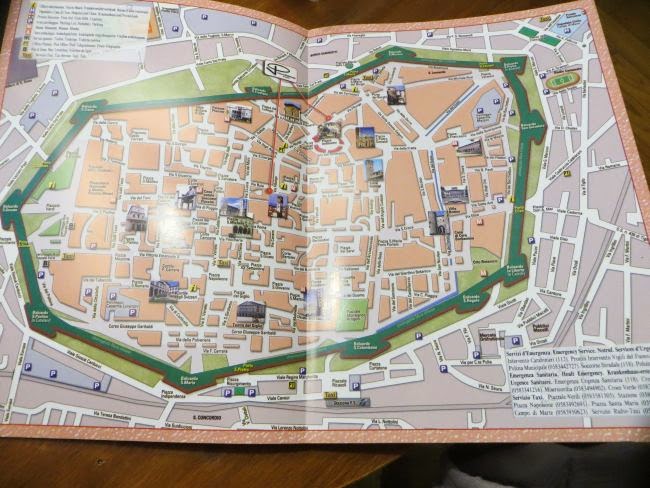 The City Wall was nice and clean and very friendly for bikers and walkers: 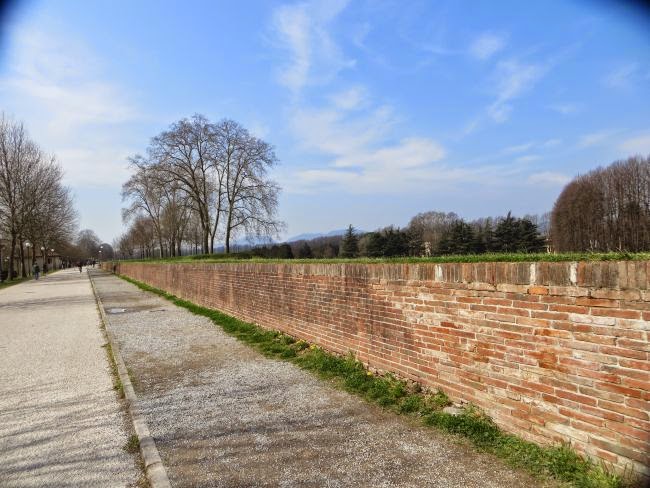 The old moat:  The passage walks up to the old gate. 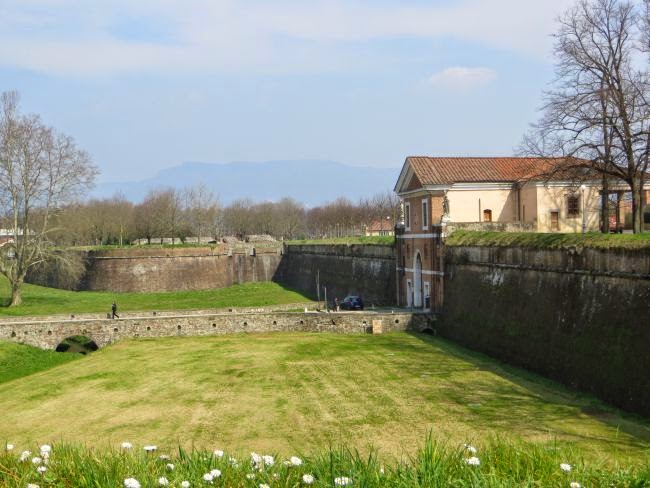 Napoleon conquered Lucca in 1805, and installed his sister Elisa as "Queen of Etruria".  One of her foot print was that she ordered some repair of the City Wall, and established a Port of Elisa: 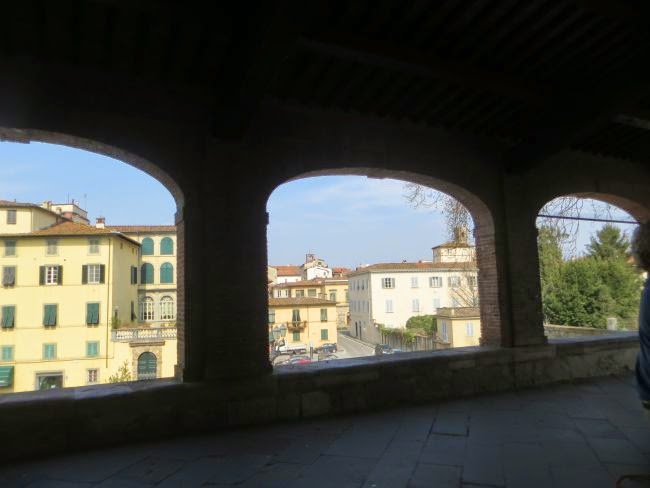 From the City Wall, one can see many sites of the city.  The picture below shows the "old" Roman city gate with the round column in the background behind Giovanna: 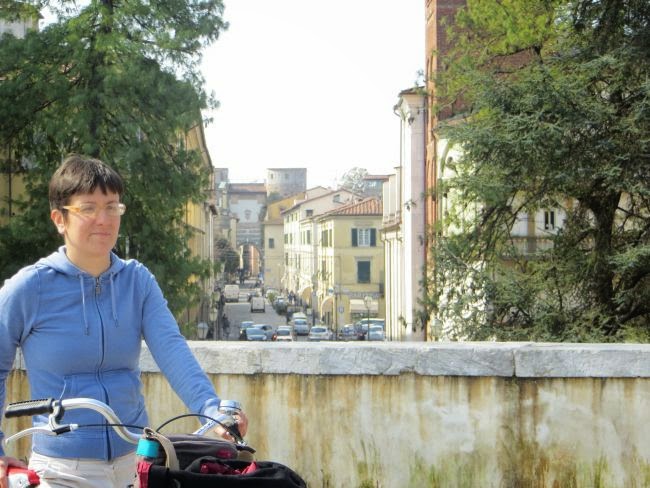