We stayed in Pienza for three nights, and visited various places around.  Villa S. Anna,  the winery we visited was solely owned and operated by women in the region. 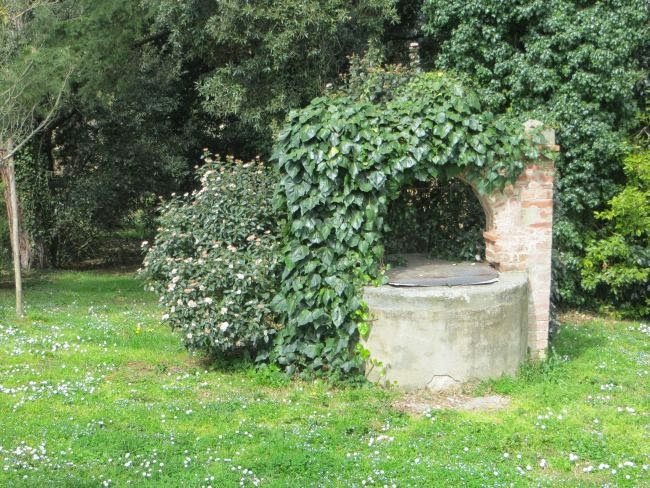 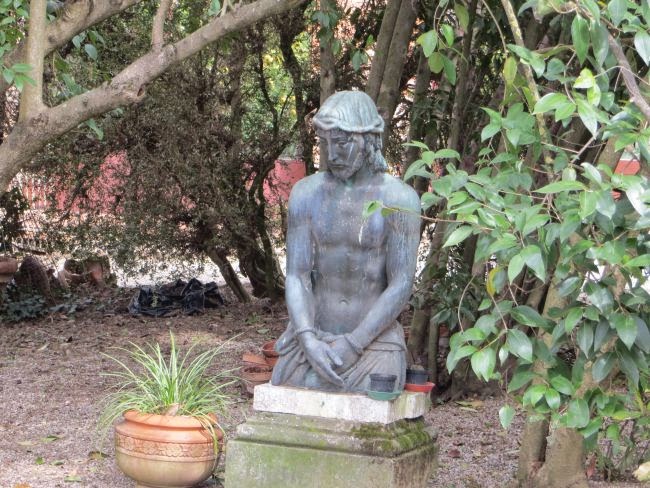 Tuscany was under the ocean millions of years ago.  Fossil was found here: 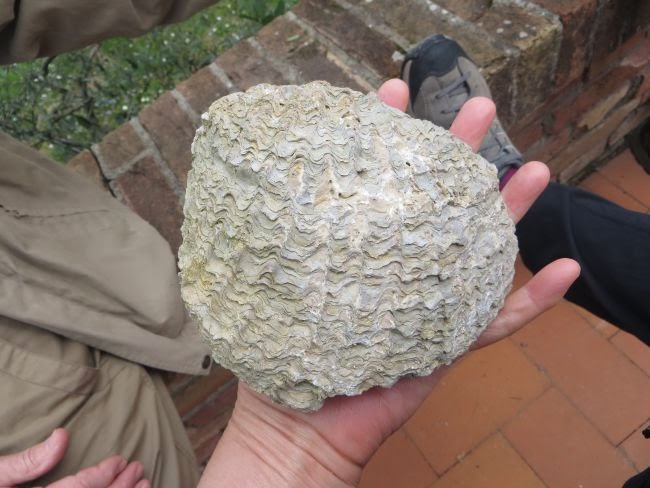 The grapes grown in the region: 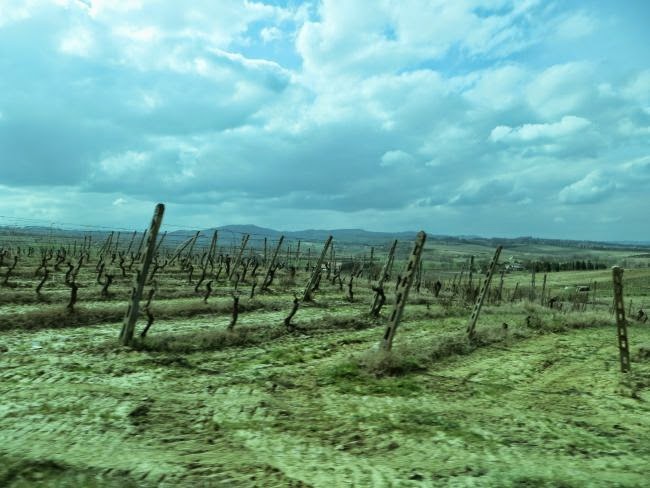 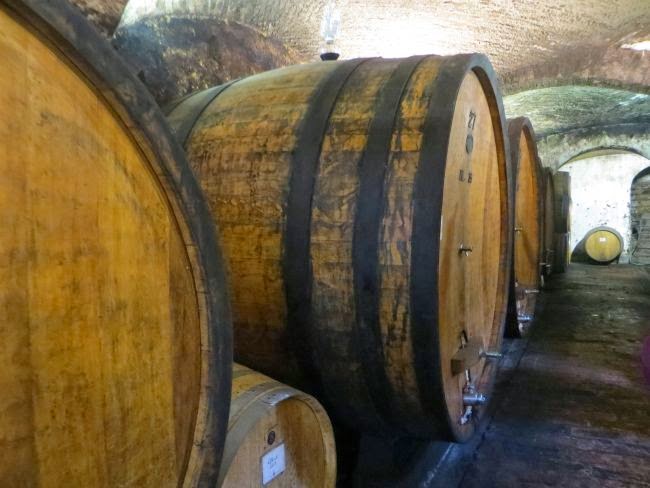 Our lunch was made of wine, cheese, and other goodies: 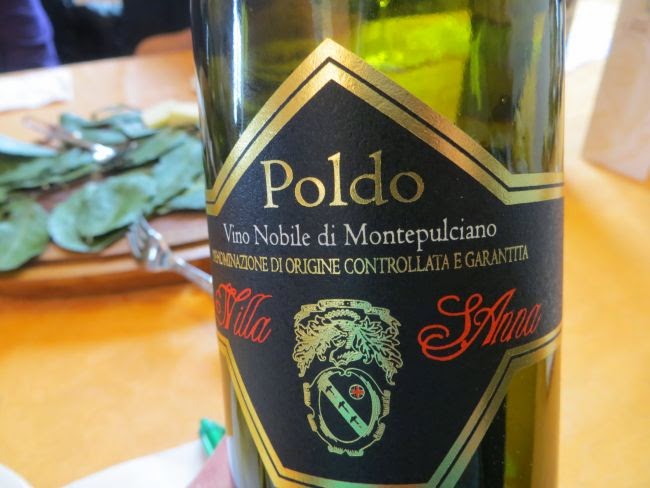 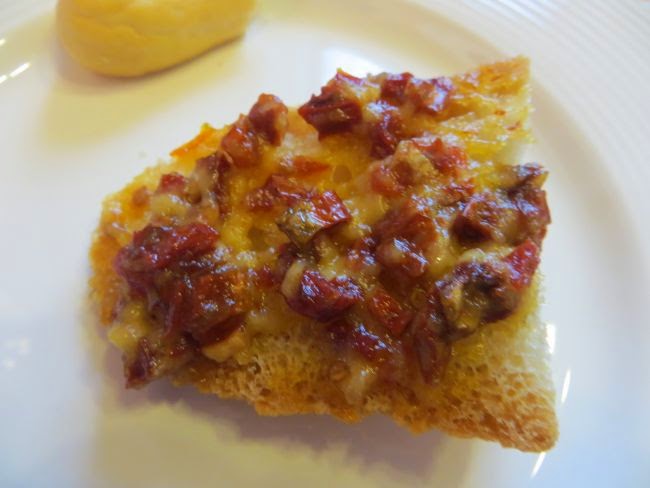 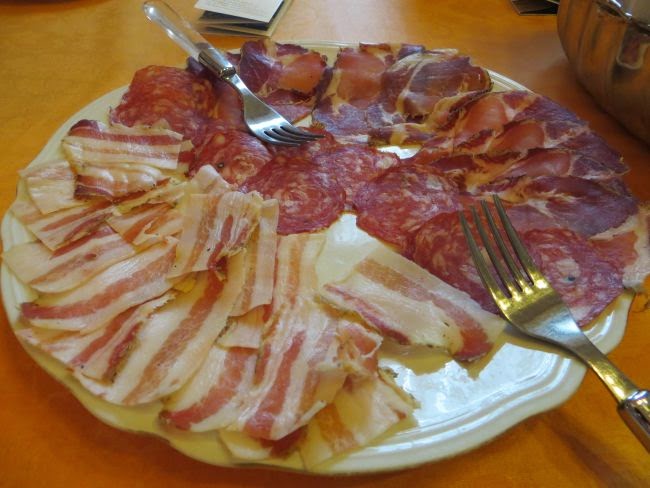 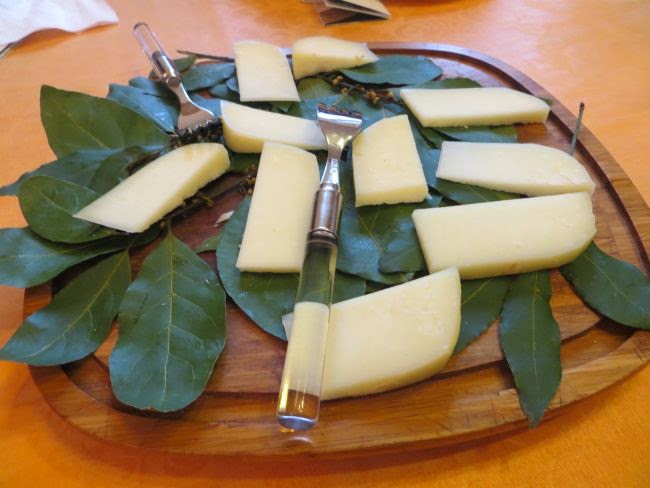 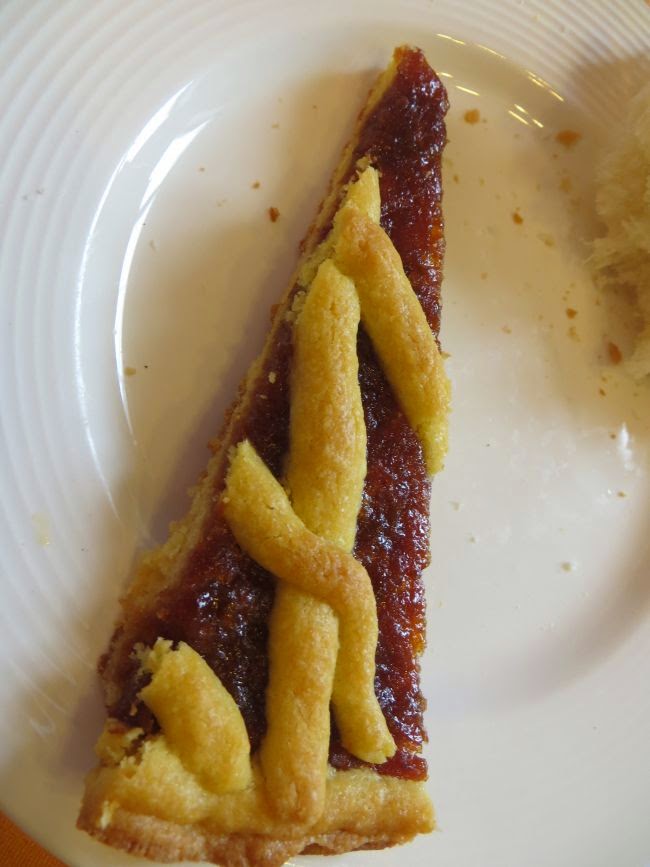 Montepulciano is of Etruscan origin, and was most certainly a site for settlements in Roman times.  The city sits high and overlooks the lovely valley: 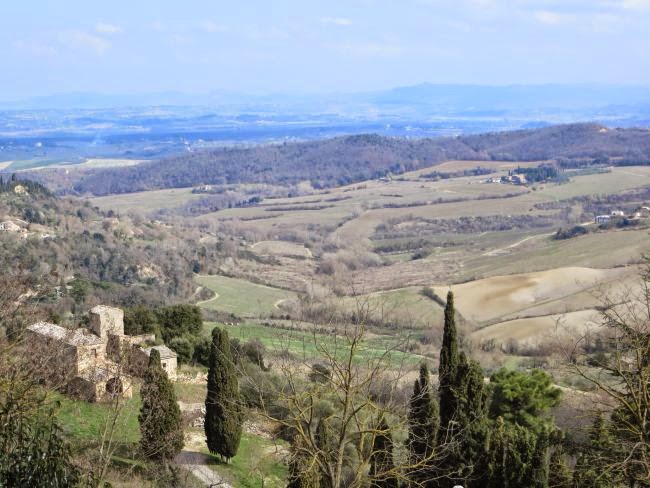 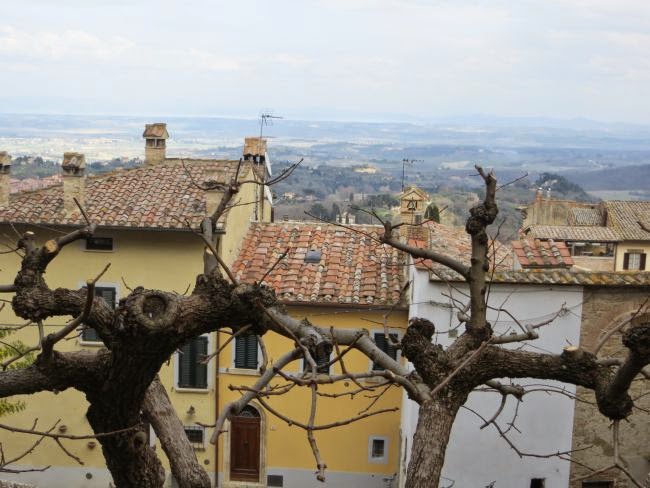 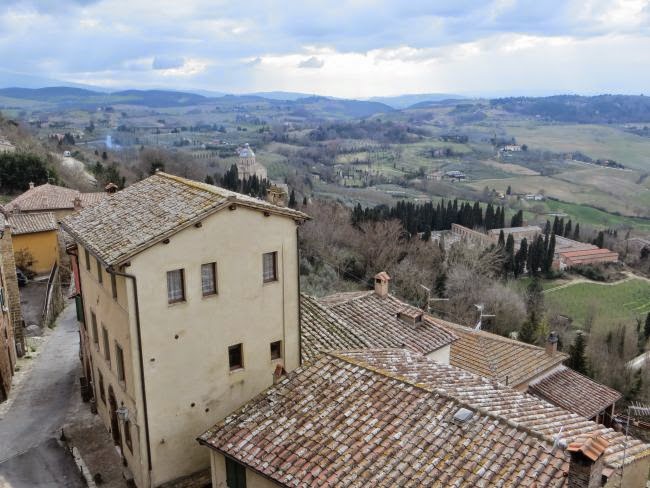 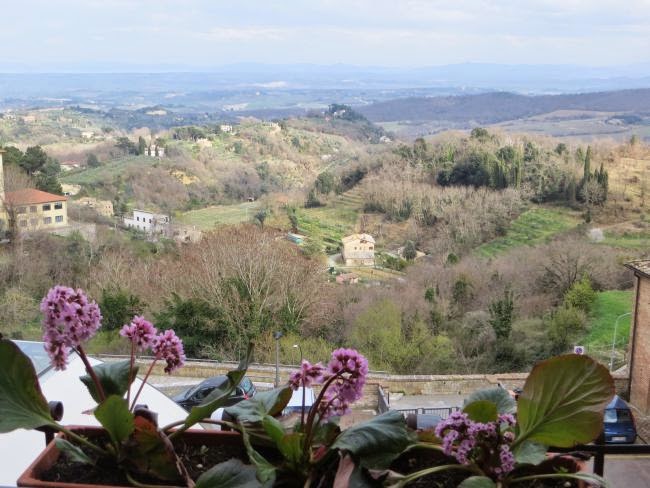 We unfortunately only had a couple of hours to explore.  The only thing one can do was simply walk the narrow streets and marvel the buildings established mostly around 16th century; and shops showing endless varieties of pasta. 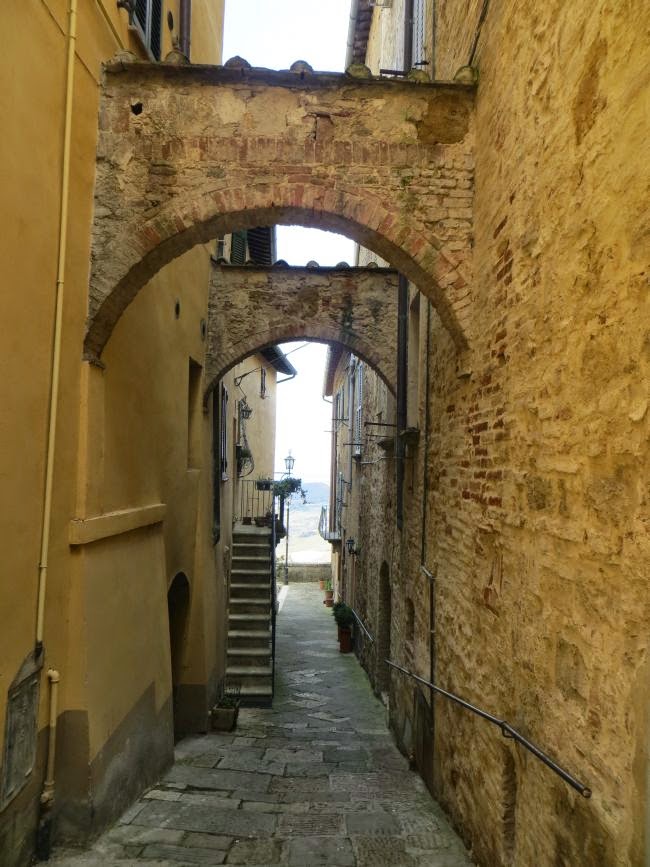 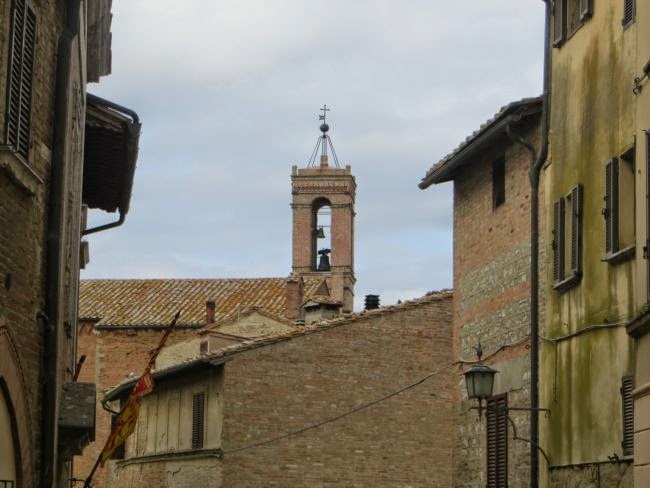 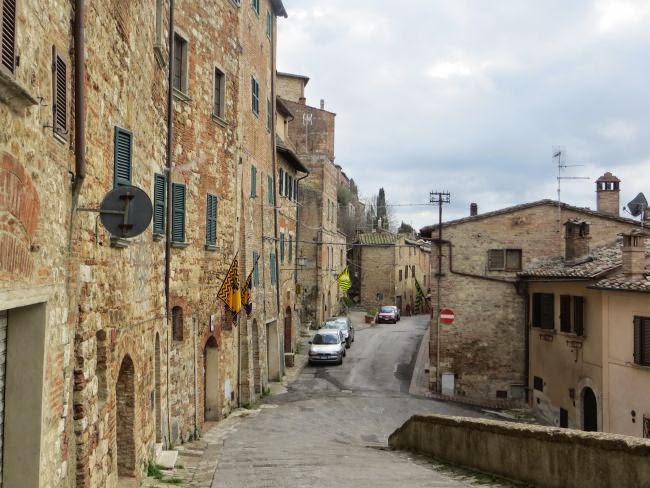 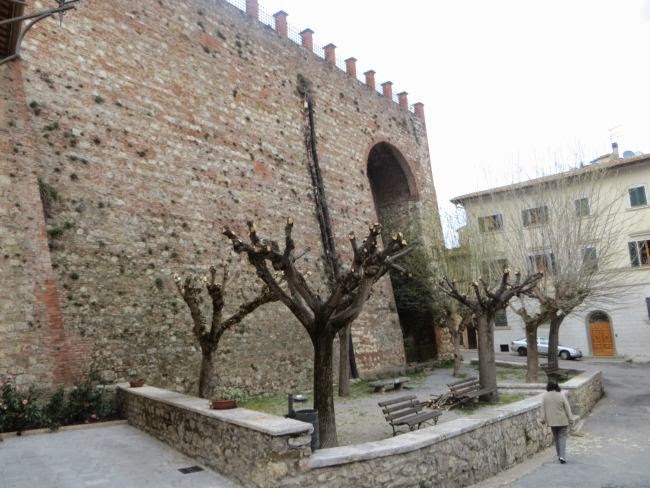 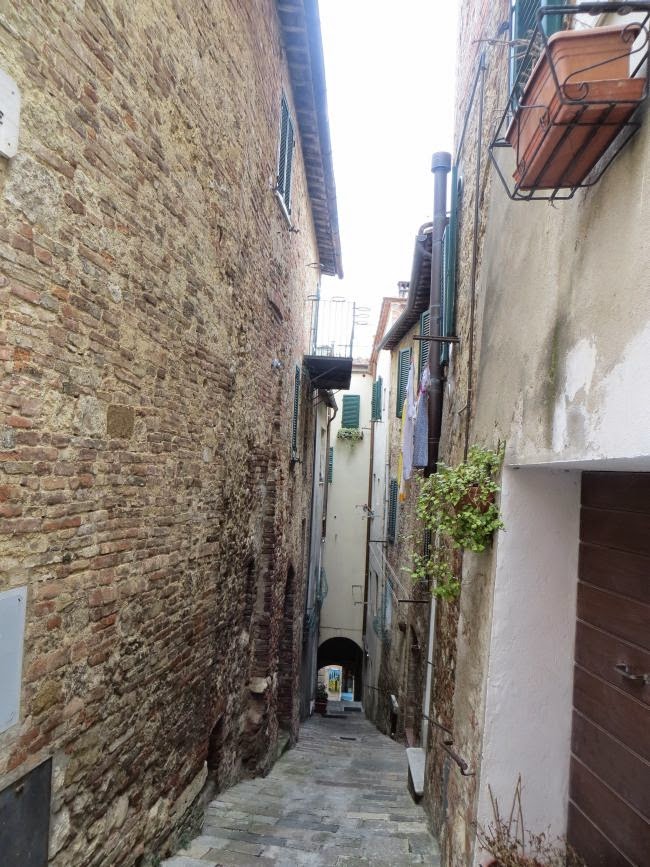 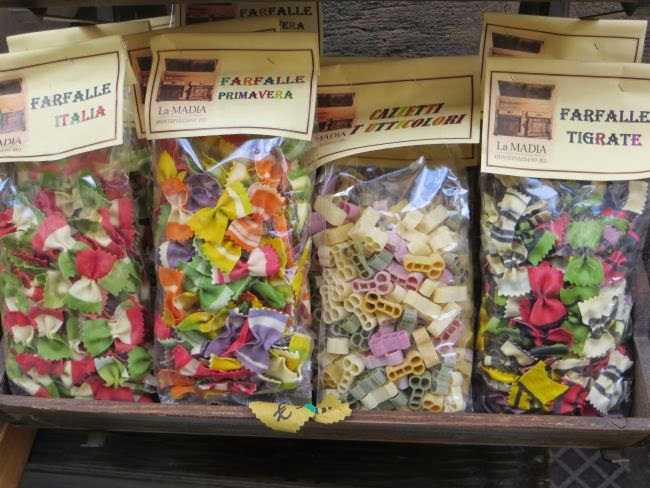 On the way back to the hotel, we stopped by the domed Sanctuary of San Biagio designed in the 15th century, on the same architectural plan that would later be used to build St Peter's Basilica. 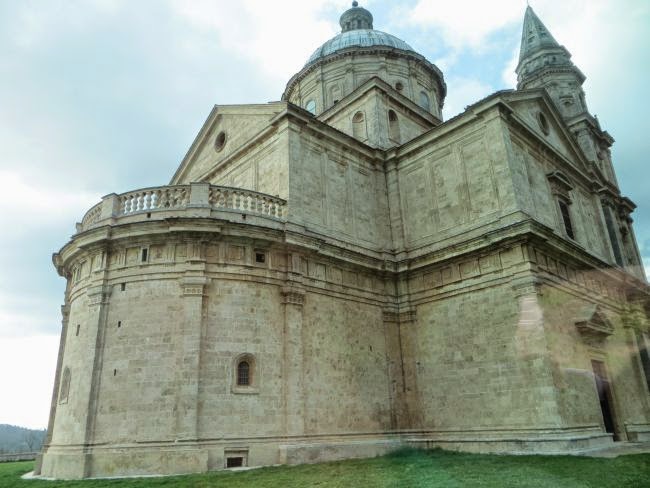 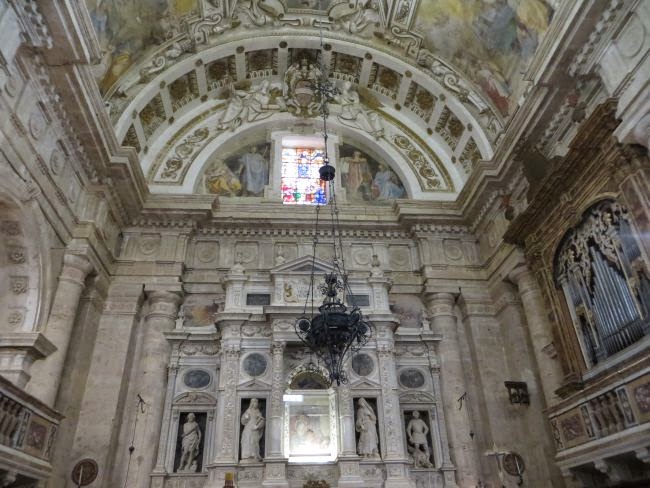 Posted by ChristinaH at 6:50 AM