Siena's old town is a UNESCO World Heritage Site.  It's streets are paved with cobblestones, and the city is built over five hills.  The city has a unique distracting system, contrada.  The 17 contrade were originally (back in the 16th century) divided by the city's buildings and their owners at the time, rather than by roads or other geographical markers.  Each is named after an animal or symbol. Each has its own flag, church, uniform....The contrade are still very active and striving today.  Each year they compete fiercely in the Palio horse race.
The shields of the 17contrade: 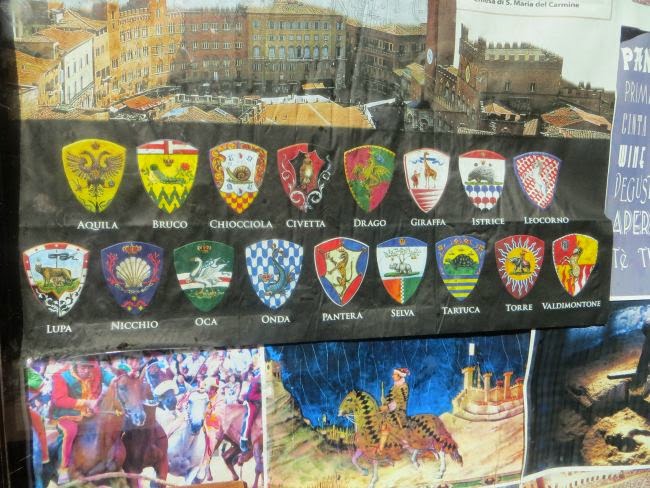 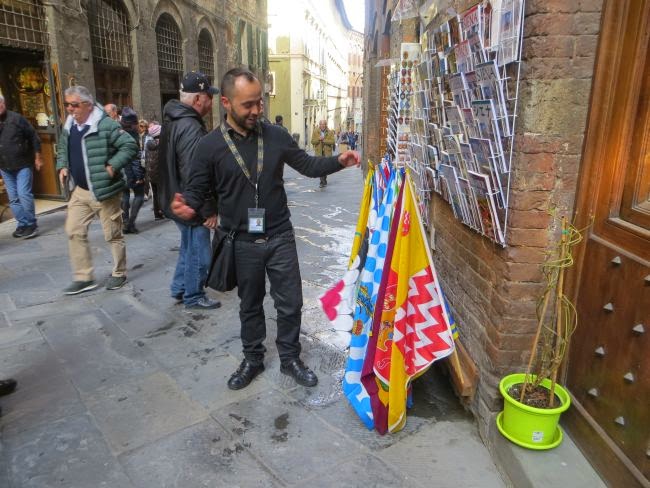 The (kids) uniform for the contrada of elephant: 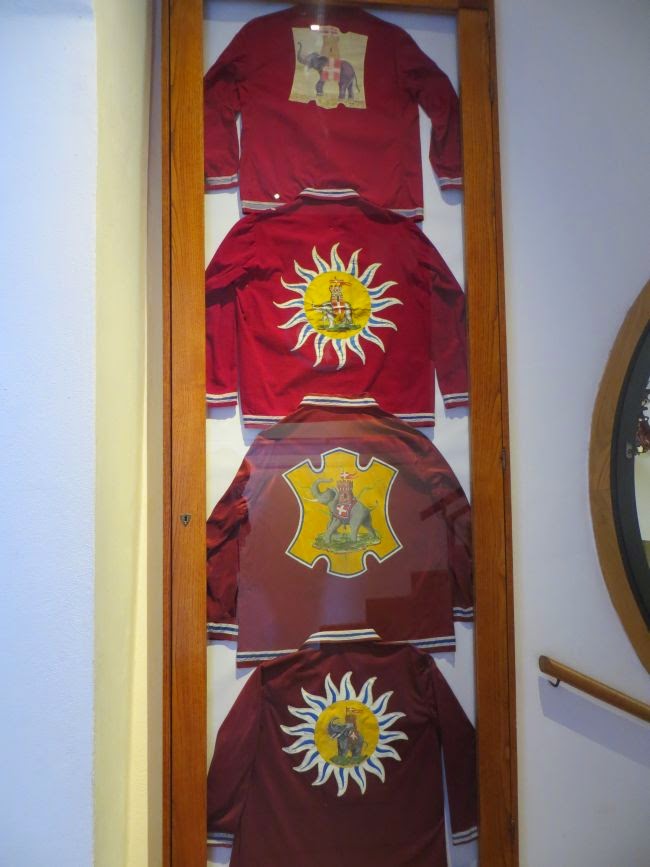 Examples of some symbols of contrade marked on the walls or sit as a statue: 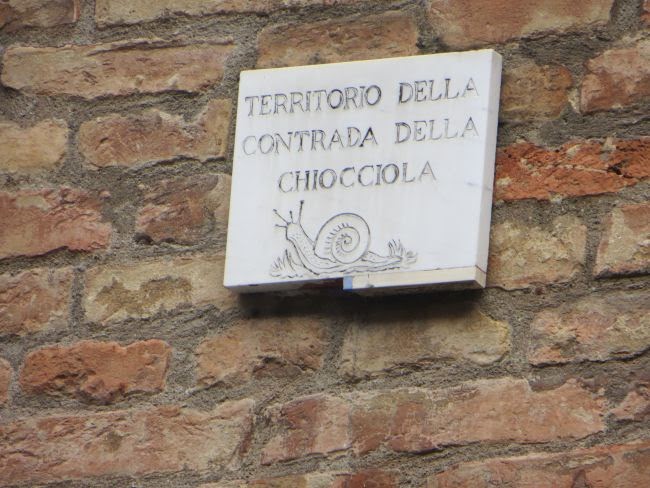 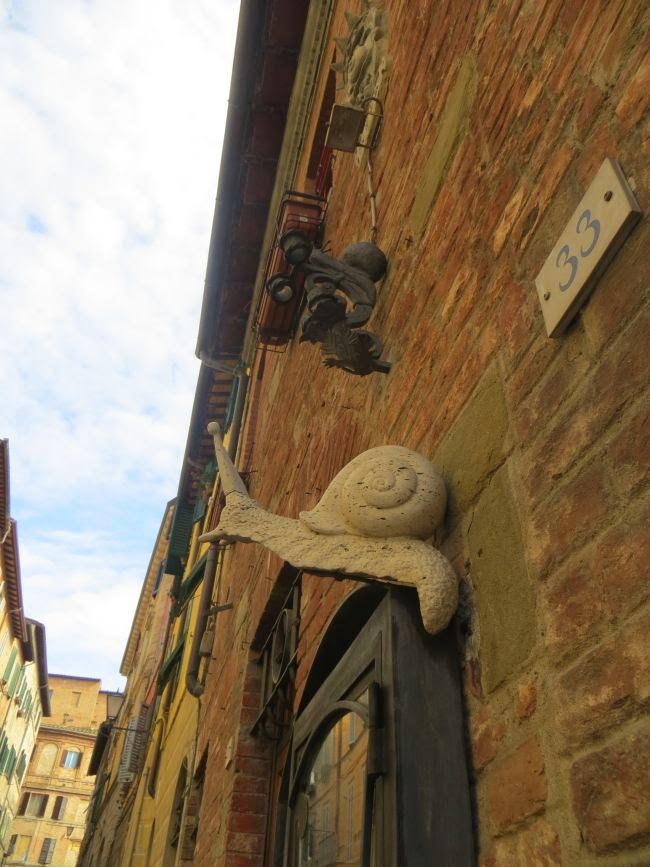 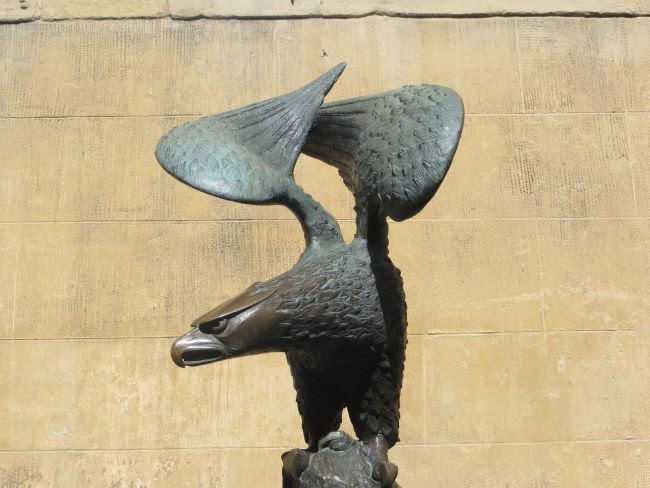 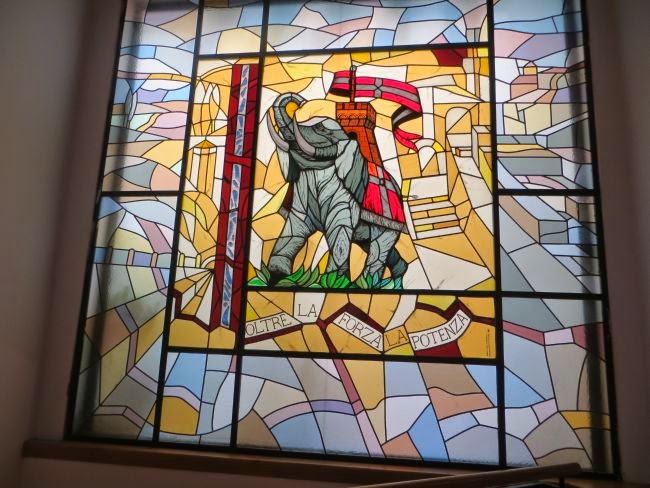 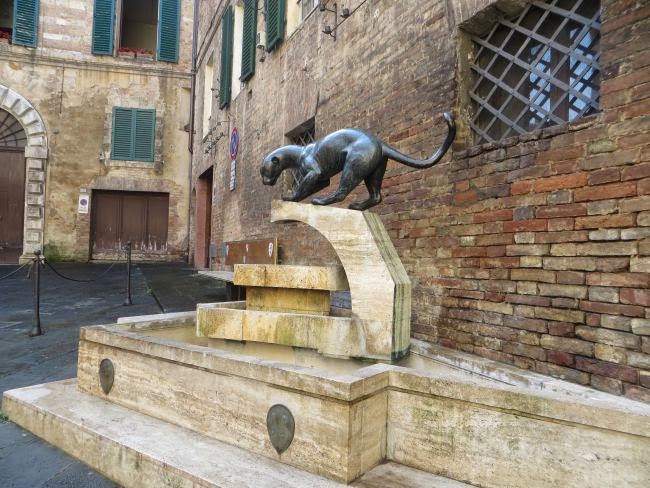 Pizza del Campo is a shell-shaped 13th-century plaza and home to Siena's most important civic events. One of these event is the Siena Palio which is a 10 horses race around the Pizza del Campo.  An old pictures showed this race well: 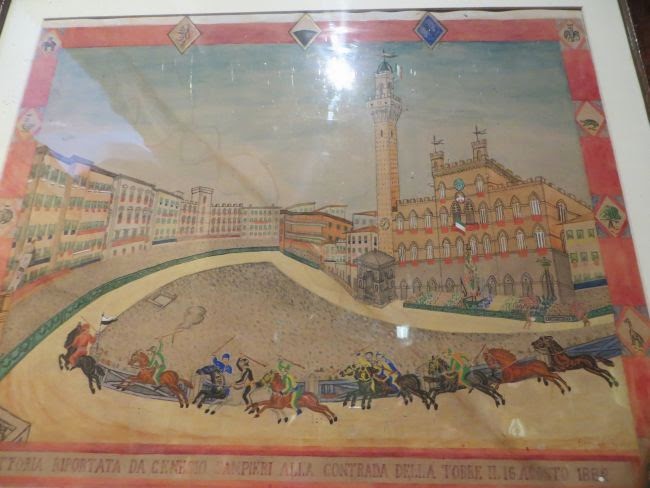 The audience would either be looking out the windows from building around the Pizza, or standing in the center as where Robin, Dina and I sat for our lunch: 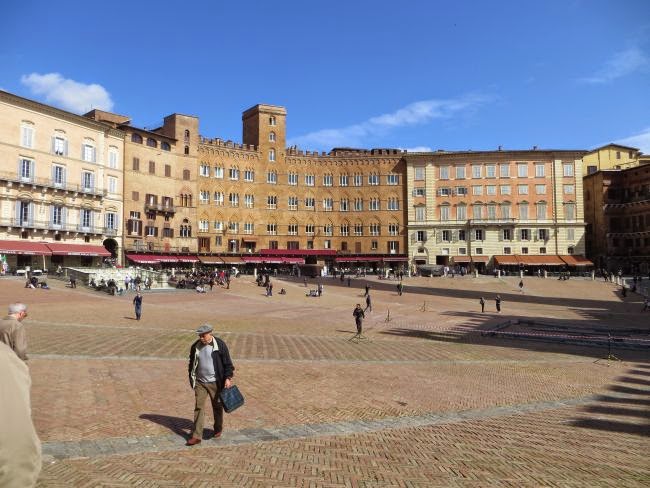 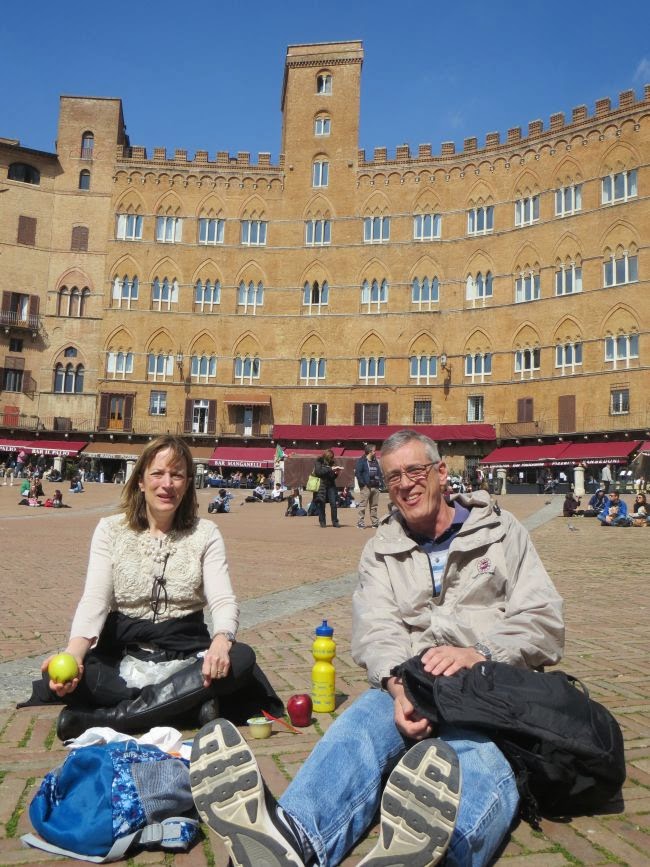 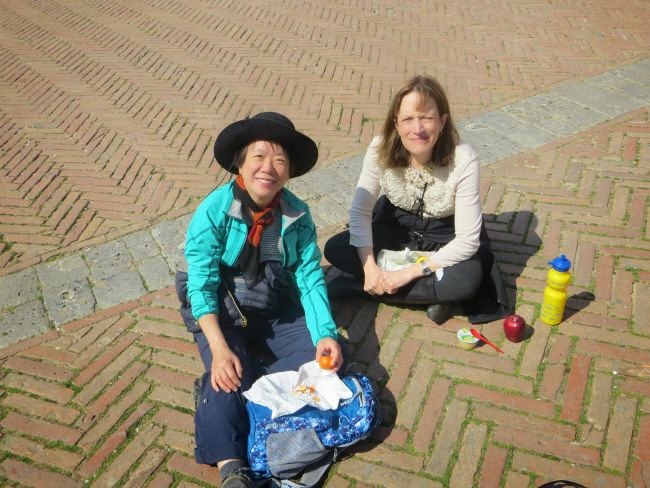 The tall tower is now part of the Civic Museum.  From the top of the tower, one can have a bird eye view of a portion of Siena: 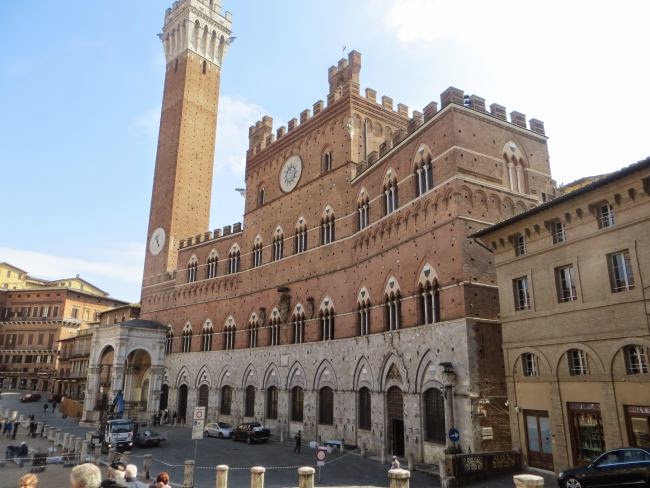 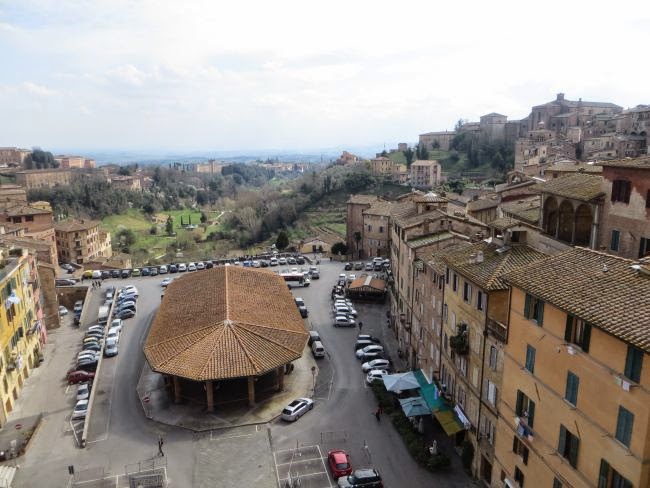 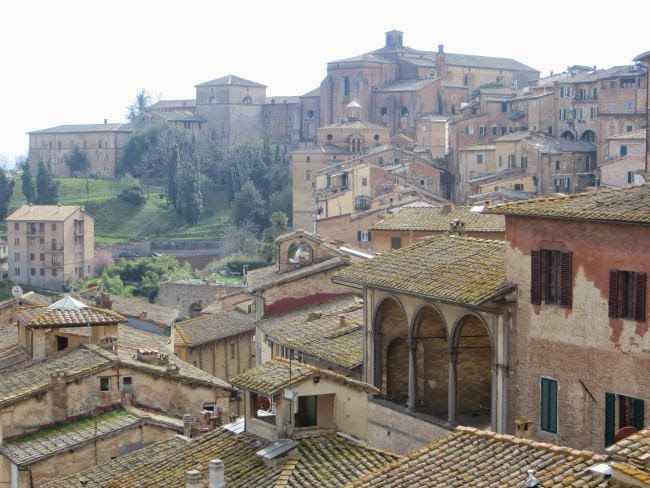 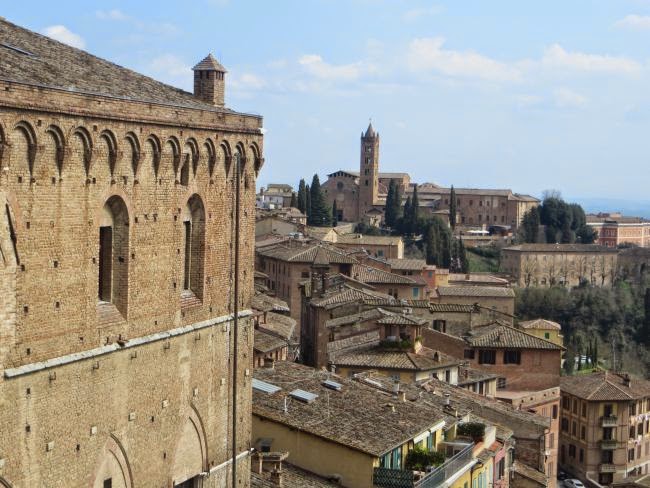 After lunch, Robin, Dino and I visited the Civic Museum, and were very impressed by the amazing fresco.  I was quite intrigued by a set of fresco contrast good government vs bad government. Too bad that I could not get very good pictures of them.
When there is good government, there were wise men as councils for the leadership, trade was good, and people were happy and dancing. 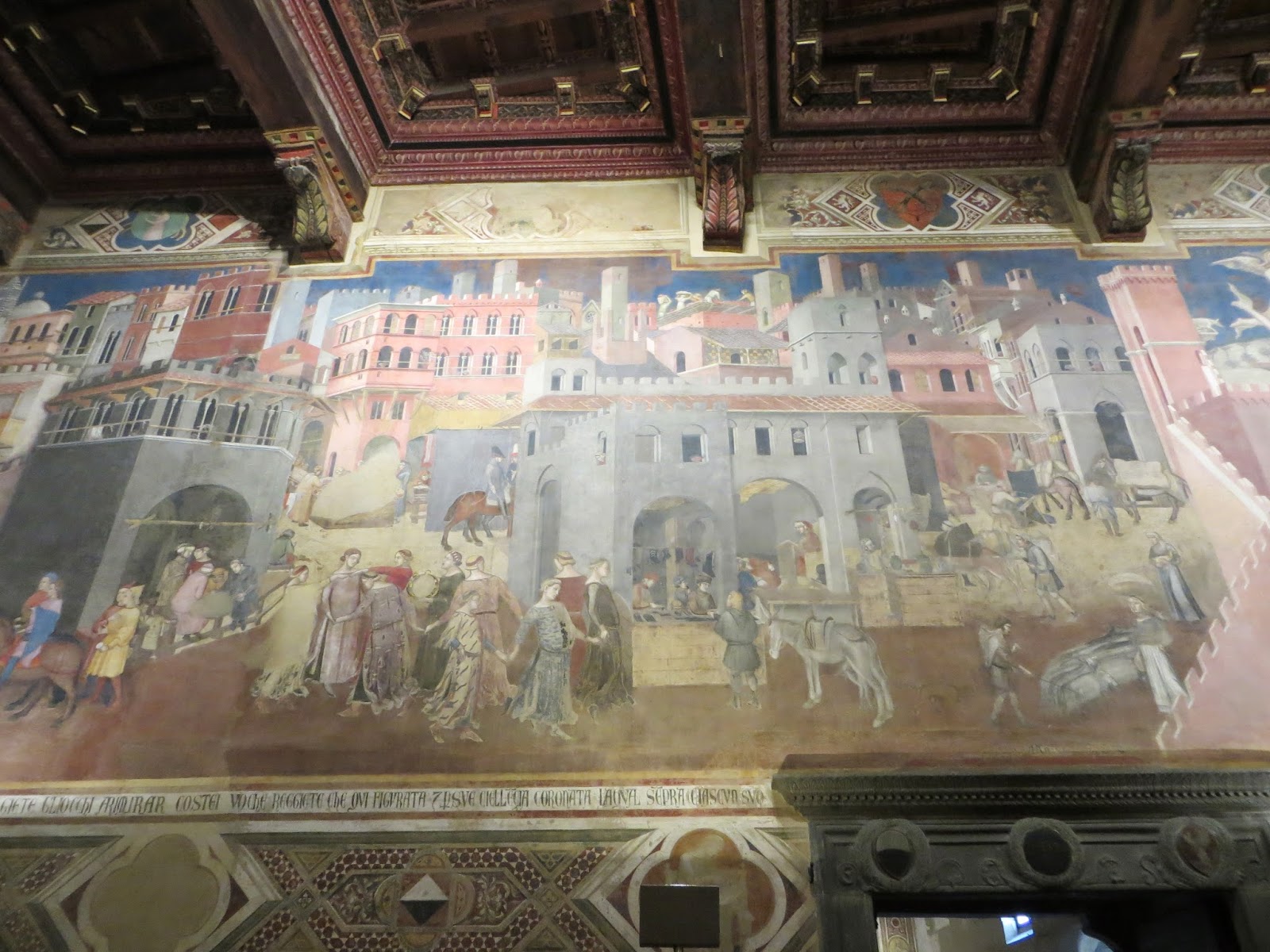 When there is bad government, there was one dictator, and there was war, hard labor and abuse. 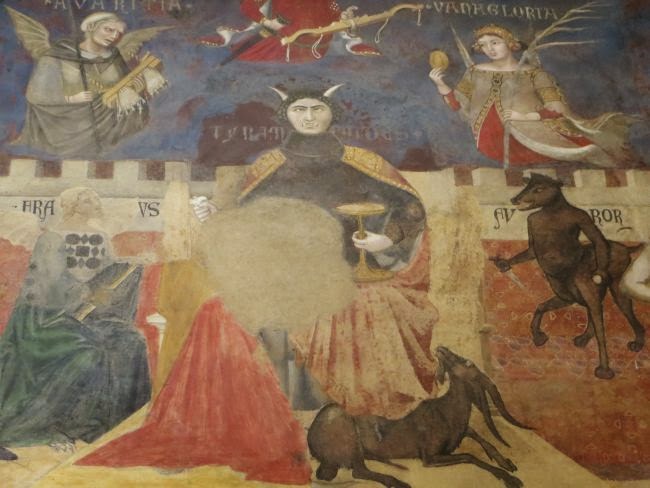 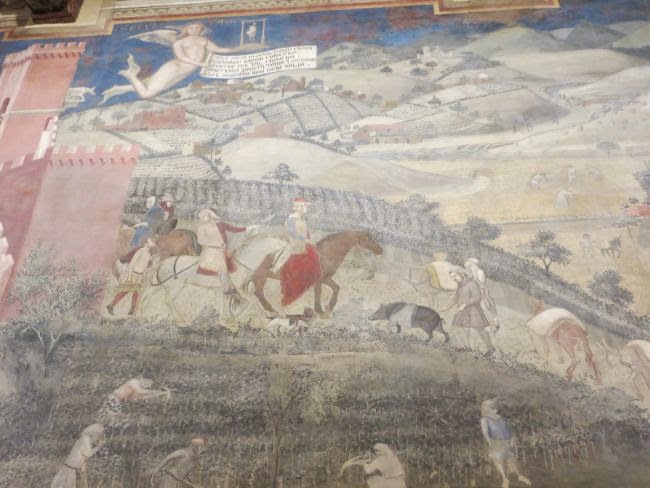 Siena Cathedral was the last point we visited.  It's quite impressive and the only church that allows horses in. 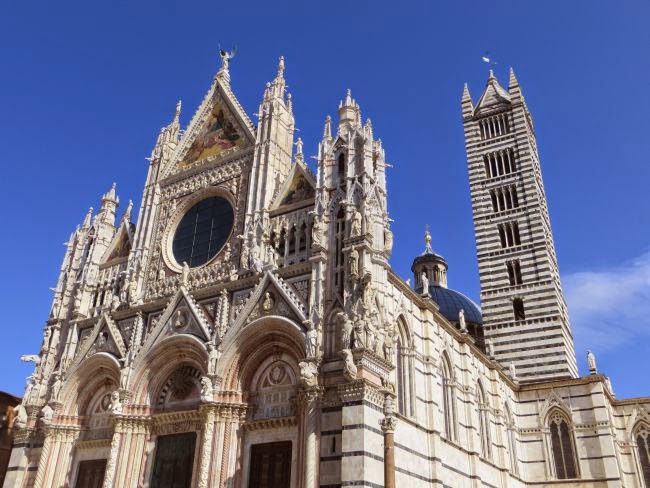 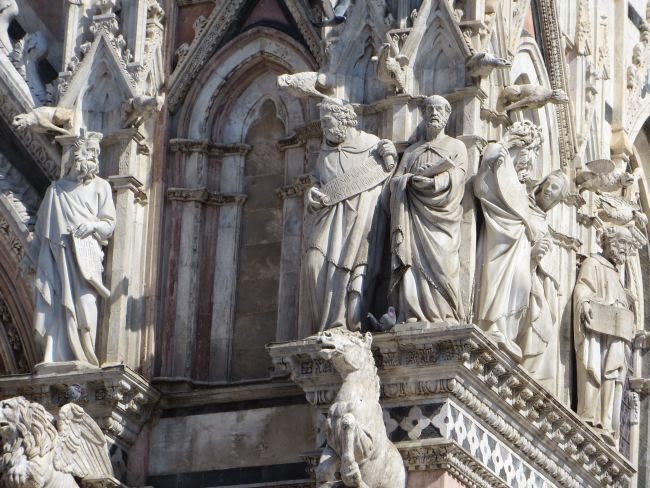 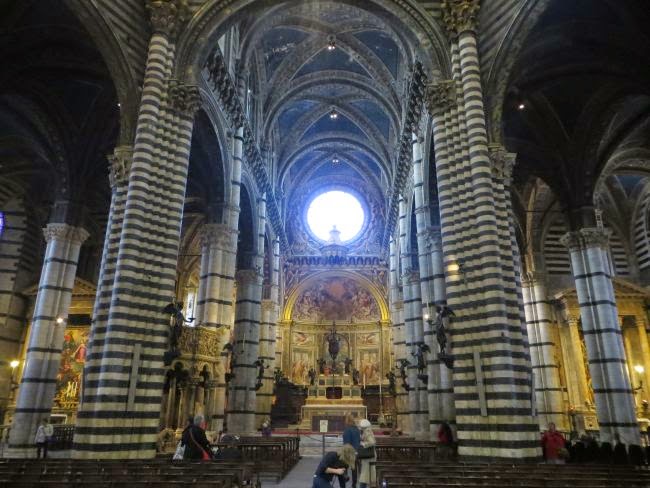 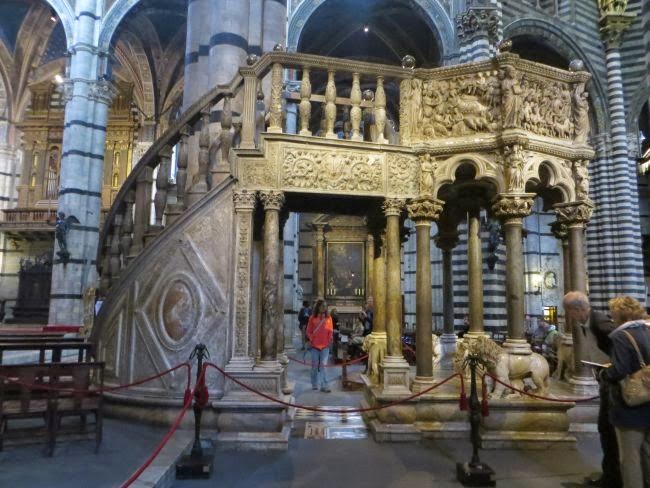 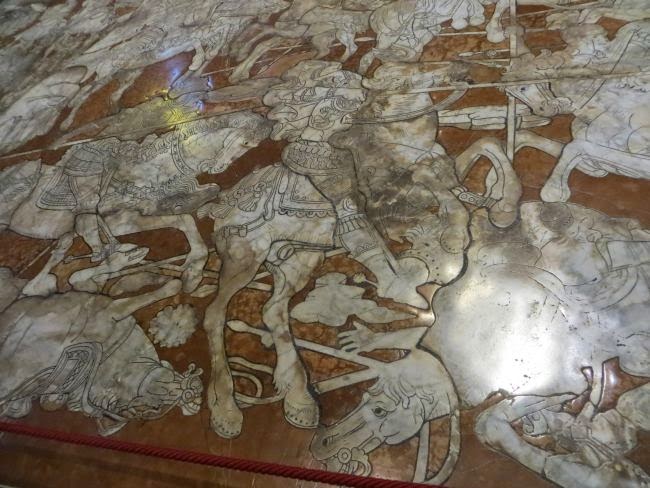 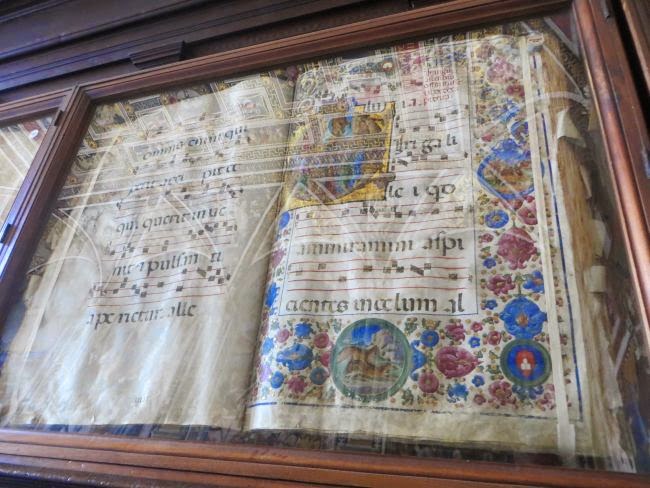 Posted by ChristinaH at 1:23 PM