Simply walk about in Lucca

Walk about in the narrow streets of Lucca let one imbibe in the events from the past.  In 1805, Napoleon con quested Lucca, and his sister Elisa ruled the city from 1805 to 1814 as the Grand Duchess of Tuscany.  Apparently she was a very ambitious woman/ruler, although not necessarily liked by her local citizens.  She cultivated sculptors, encouraged (marble) trades, established schools for boy and girls, demolished old and built new constructions, including the port of Elisa as part of the City Wall, and a botanic garden.  She went exile after Napoleon's fall and died at age 43.  Below is a square she cleared in front of the now government building.  She left 4 columns at the edge of the square, intended to put Napoleon's sculptor on top.  It was never materialized before the change of power. 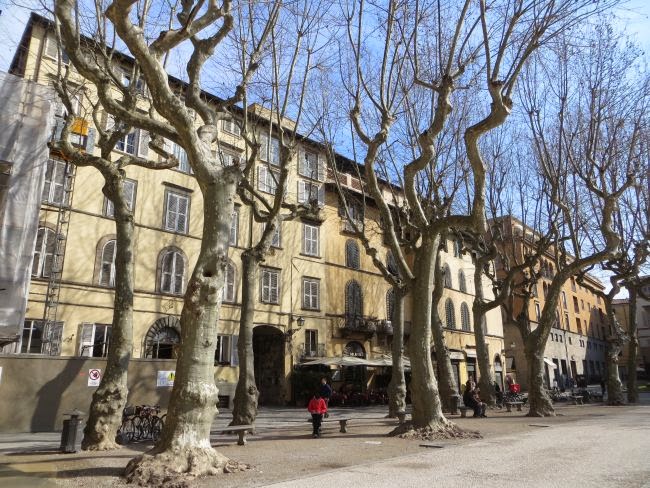 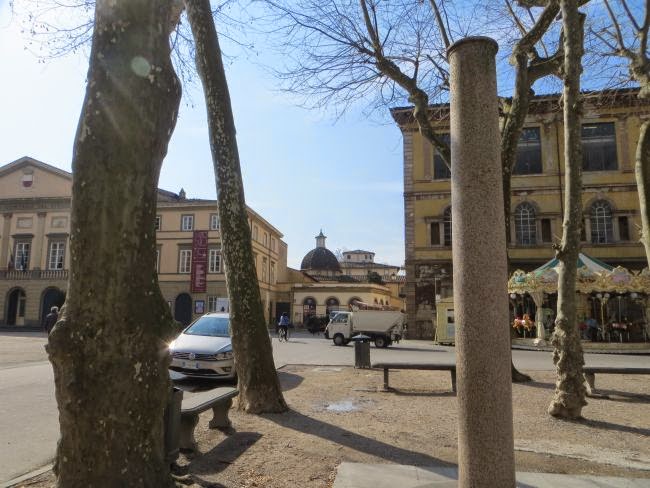 Robin, Dino and I bumped into a fenced mansion accidentally.  Nothing was mentioned on the map or tour map.  But the mansion turned out to be the holiday home of Elisa.  One can still see the grandiose of painted ceiling.  The garden obviously has decayed over the years.  Robin was very impressed that I found the mansion and the free exhibition.  She commented that she will name her new baby cow after me.  She will choose a smart with an inquiry mind to name after me.  Ha!  How do you like that?! 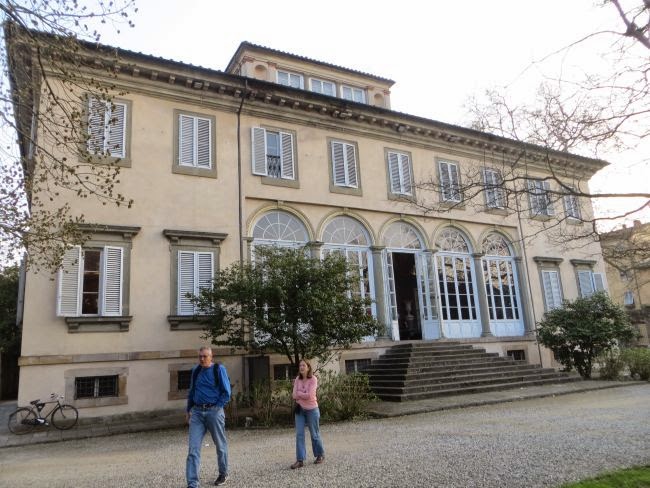 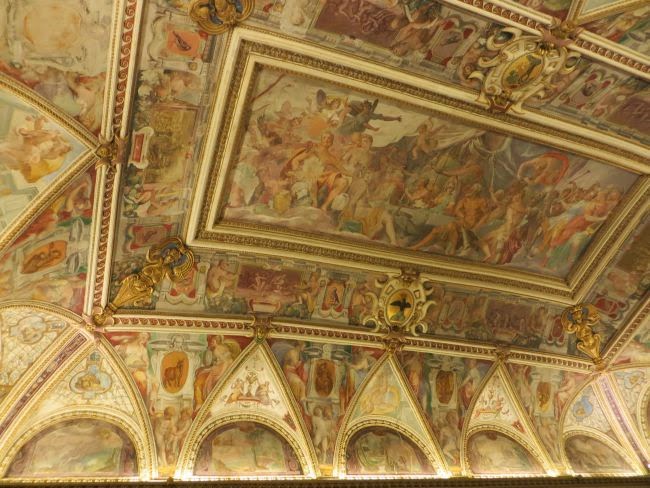 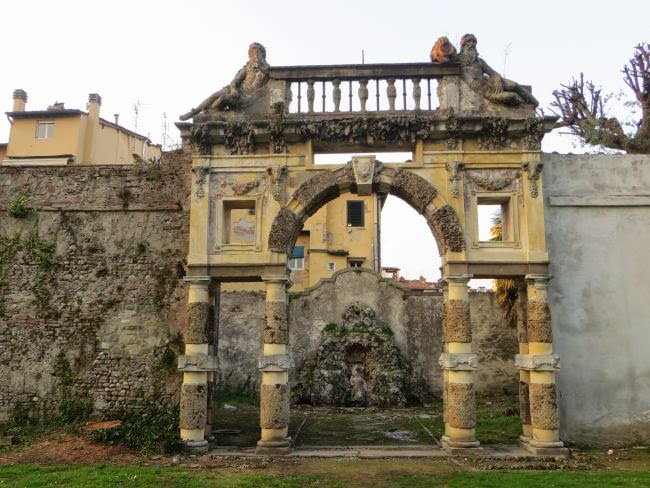 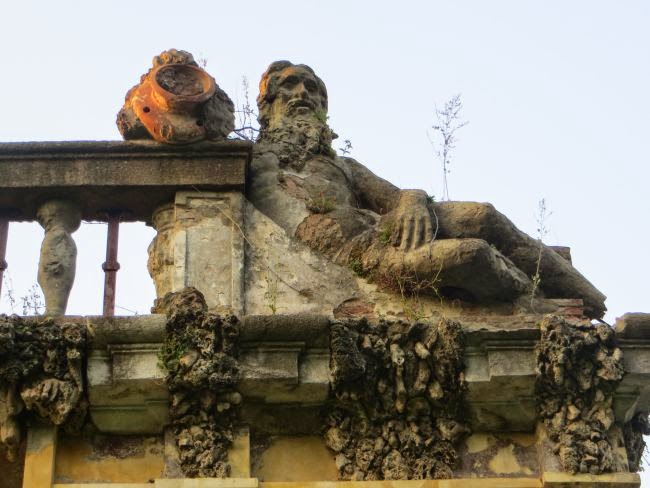 The sculpture of Dante was added to the facade of the basilica of St. Michele, as a celebration of Italy unification: 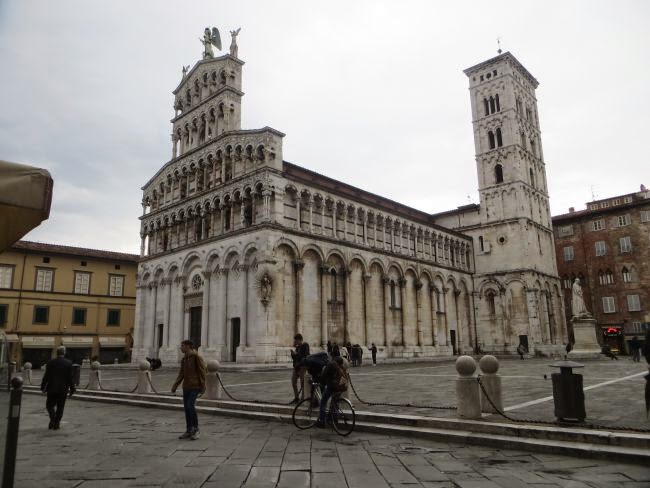 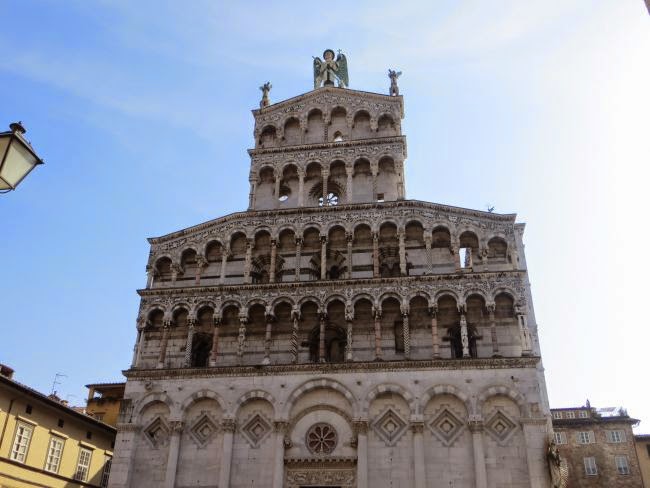 Lucca is also the birth place of Puccini.  A statue of him sits at the plaza leads to the house he was born on the right corner.  Too bad the opera performance will not start until April.  We missed it! 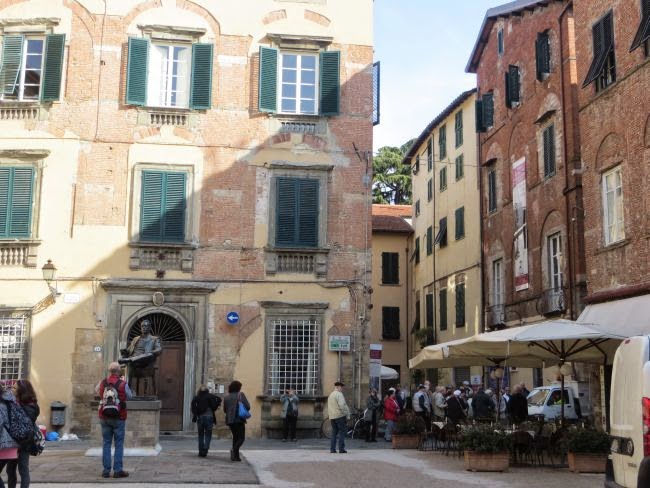 Many people from Lucca immigrated to US.  Dino's grand father was originally from Northern Italy. We went to visit a small museum displayed the history of Lucca immigration.  Some old pictures showed a street scene in the 19 century, and boys all wearing the pocket watches. 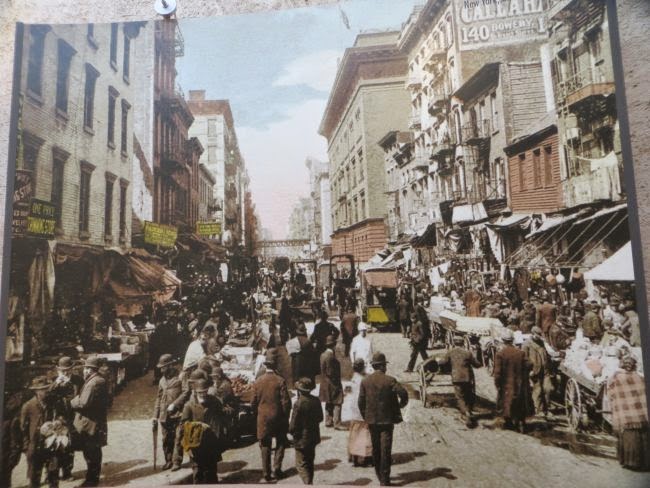 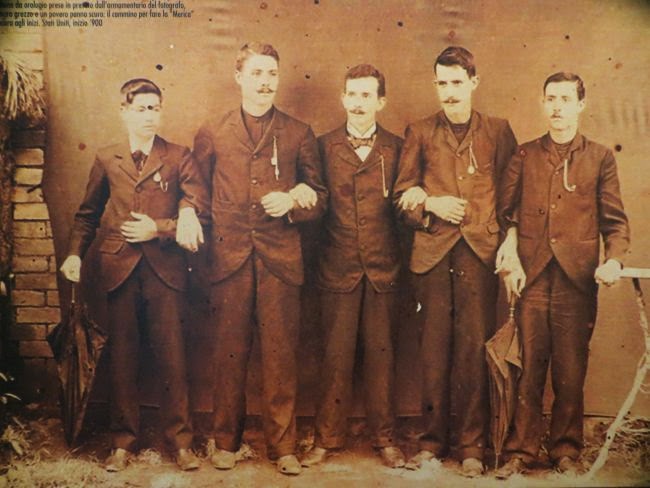 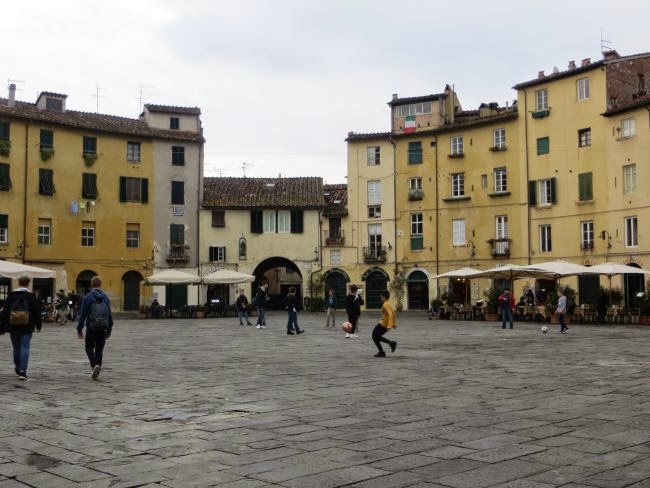 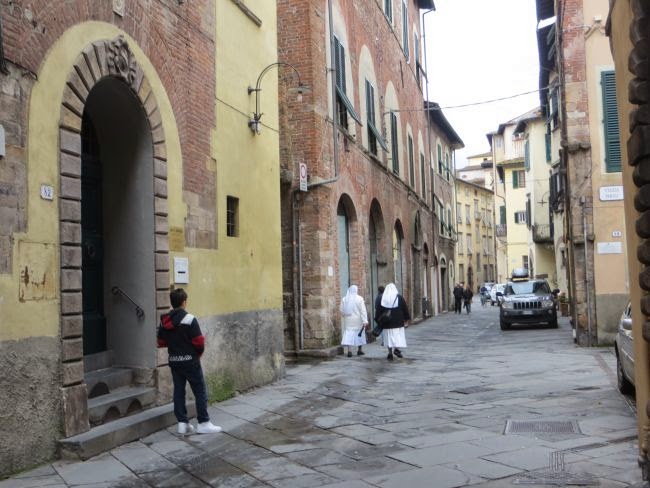 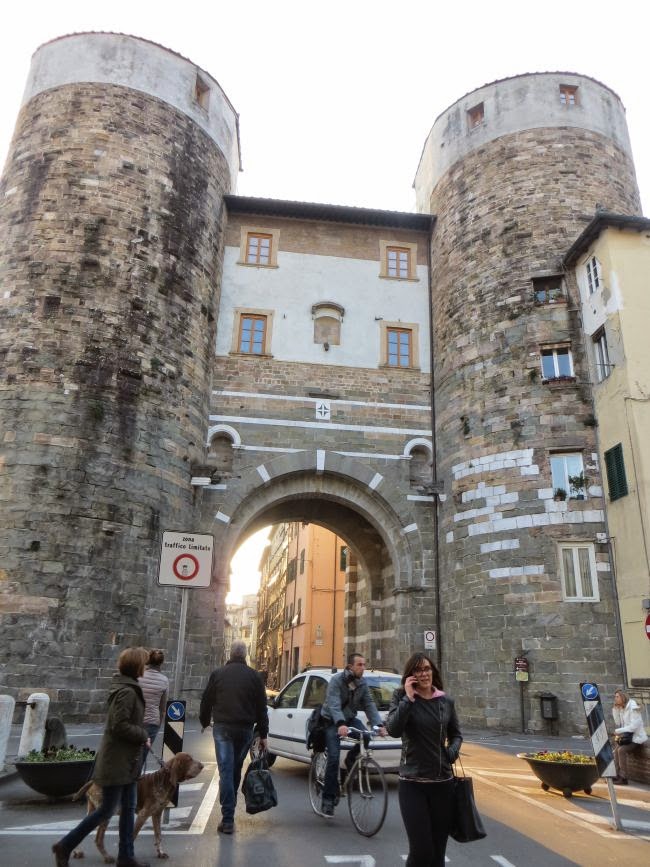 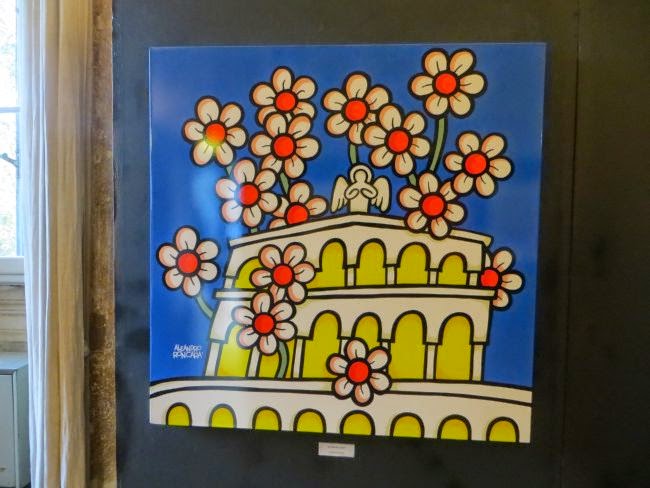 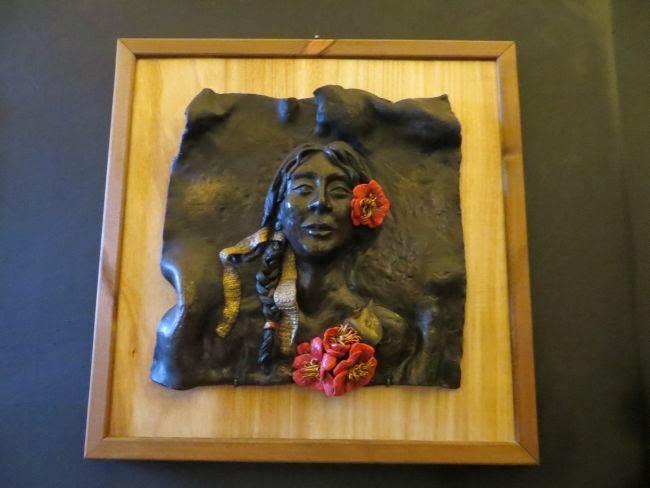 Posted by ChristinaH at 8:20 AM