We were able to find a walk path that took us to see the beautiful Trevellas Caves.  Ed headed up as "one horse forging ahead first", while I was picking blueberries along the way. 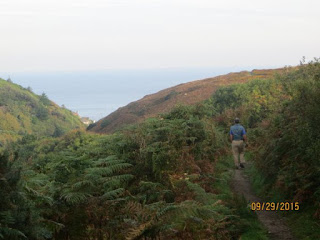 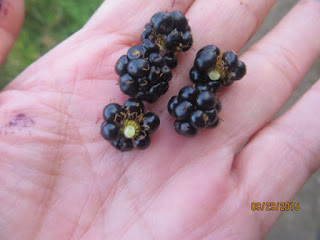 A lot of heather around too: 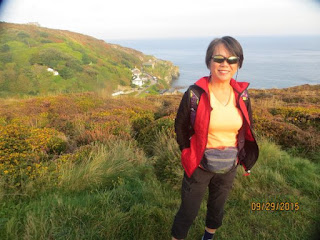 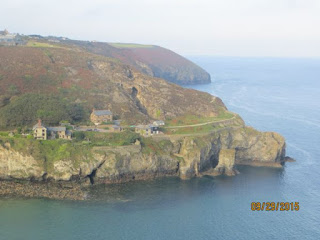 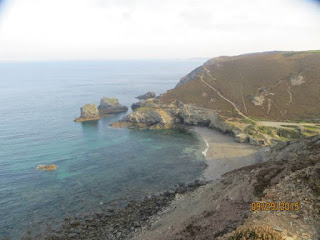 On our way to the St Agnes Beacon, we met a family of cattle, cows and two small calf: 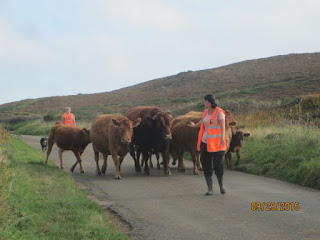 From the Beacon, one can see very far: 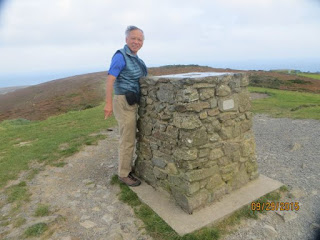 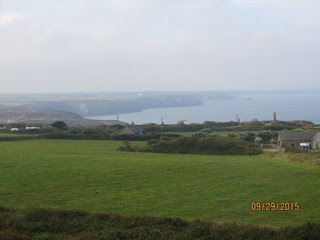 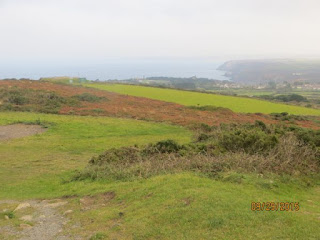 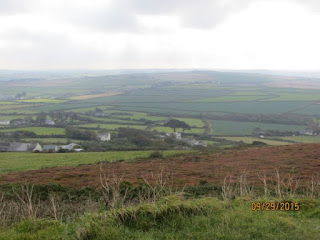 We drove around and around for quite some time before finally reached Carn Brea, all because we got the name confused. 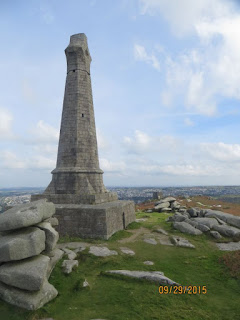 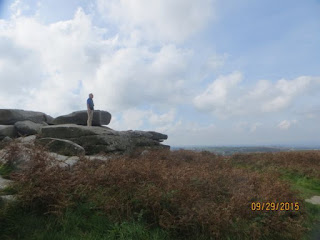 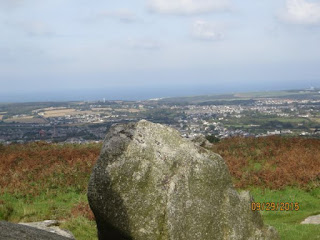 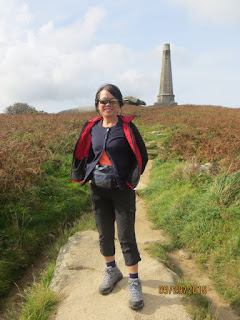 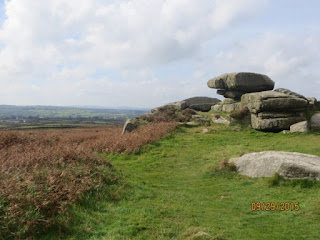 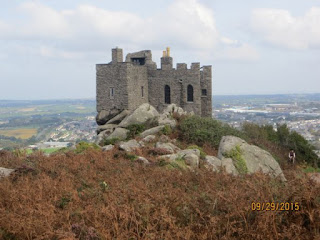 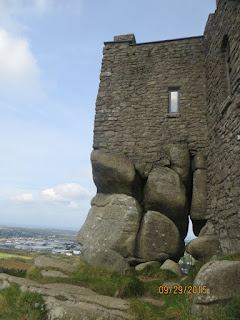 This region has lots of remains from the tin or cooper mines.  We did not have time to look at any of them though. 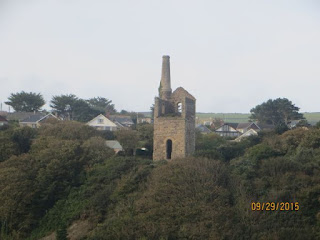 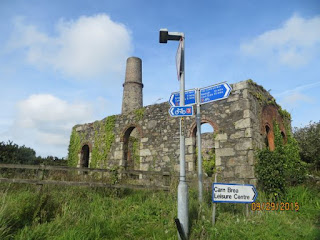 We have had a few good meals in English pubs, totally changed my impression about the cuisine in England.  We had our lunch in this pub, and the fish was delicious.: 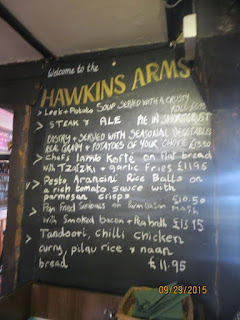 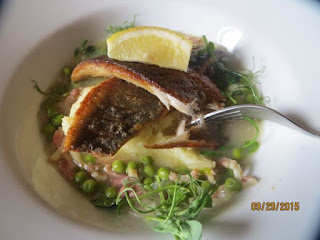 St.  Ives has lots of art galleries.  The streets are narrow and go up and down dramatically. 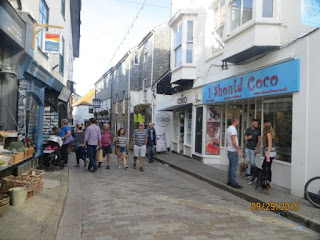 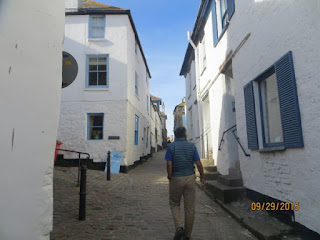 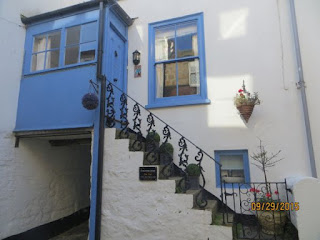 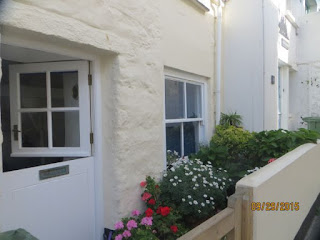 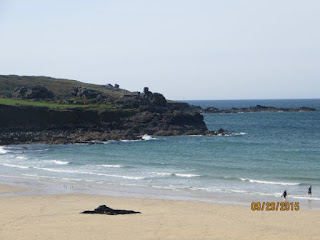 We had dinner at the Smugglers Den Inn, recommended by our land lady Louise. Ed ordered fish and I ordered mussels. Pretty good. 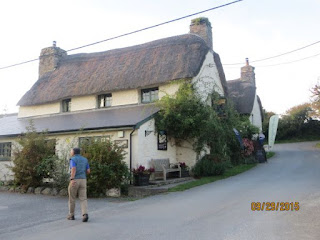 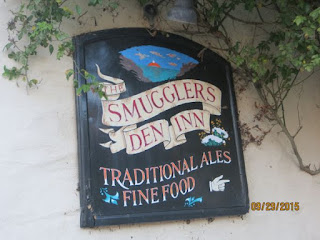 Posted by ChristinaH at 6:19 PM